The prolonged hot, dry weather has dried up waterways across the continent (Picture: Reuters)

An unprecedented drought across Europe has revealed long-hidden treasures and hazards around the continent.

Weeks of scorching weather and a lack of rain has seen water levels in rivers and lakes fall to levels few can remember.

That has exposed items long-submerged on the river bed, including a prehistoric stone circle dubbed the ‘Spanish Stonehenge’.

In Spain, suffering its worst drought in decades, archaeologists have been delighted by the find, which is usually covered by the waters of a dam.

Officially known as the Dolmen of Guadalperal, the stone circle currently sits fully exposed in a corner of the Valdecanas reservoir, in the central province of Caceres.

Authorities in the area, less than 200km west of Madrid, say the water level has dropped to 28% of capacity.

It was discovered in 1926 by German archaeologist Hugo Obermaier, but was flooded in 1963 in a rural development project under Francisco Franco’s dictatorship and has only been fully visible four times since. 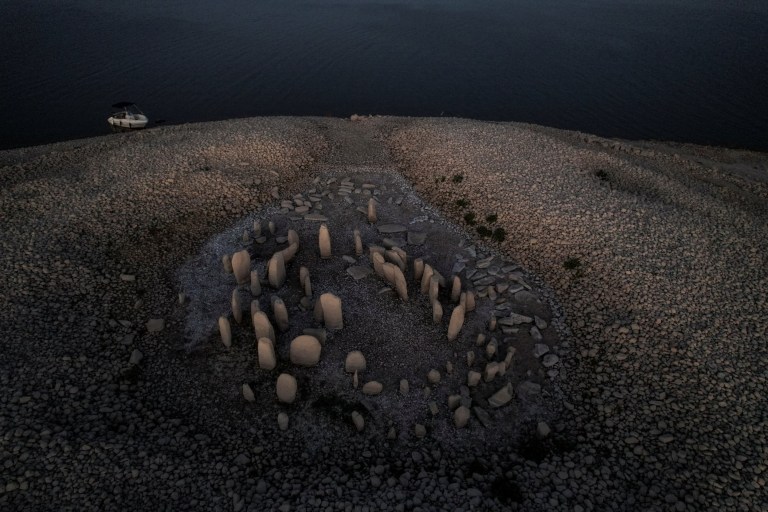 The ‘Spanish Stonehenge’ was first discovered in 1926 (Picture: Reuters)

In Germany, ‘hunger stones’ have become visible along the River Rhine.

Memories of past droughts have been rekindled in Germany by their reappearance on the country’s largest river, bearing dates and people’s initials.

Their re-emergence is seen by some as a warning and reminder of the hardships people faced during former droughts.

The Danube has also fallen to one of its lowest levels in almost a century as a result of the drought, exposing more than 20 German warships sunk during World War Two, near Serbia’s river port town of Prahovo. 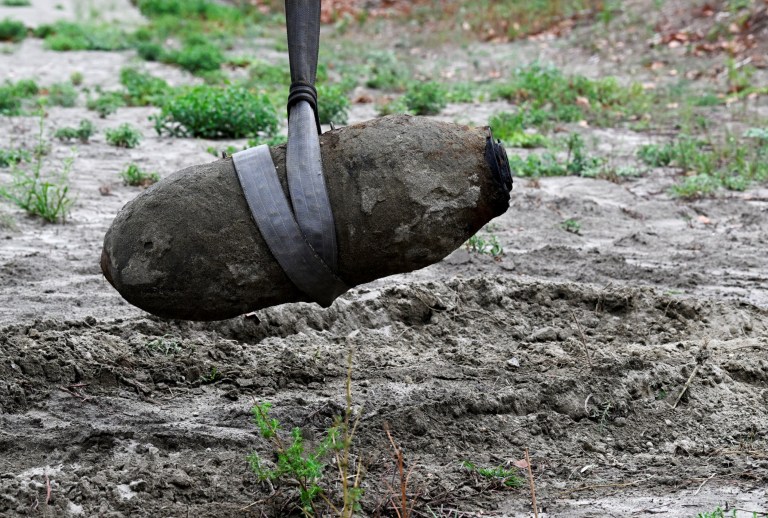 A World War Two bomb being removed from the River Po in Borgo Virgilio, Italy, earlier this month (Picture: Reuters) 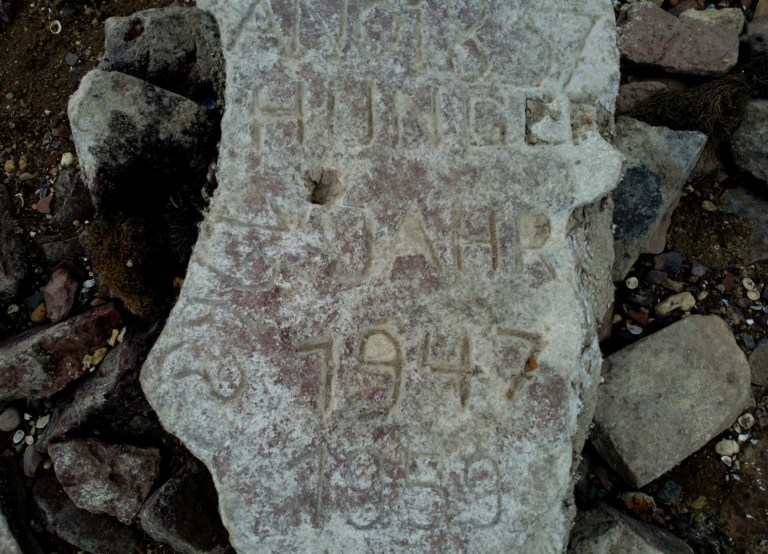 A ‘hunger stones’ from 1947 in Worms, Germany (Picture: Reuters) 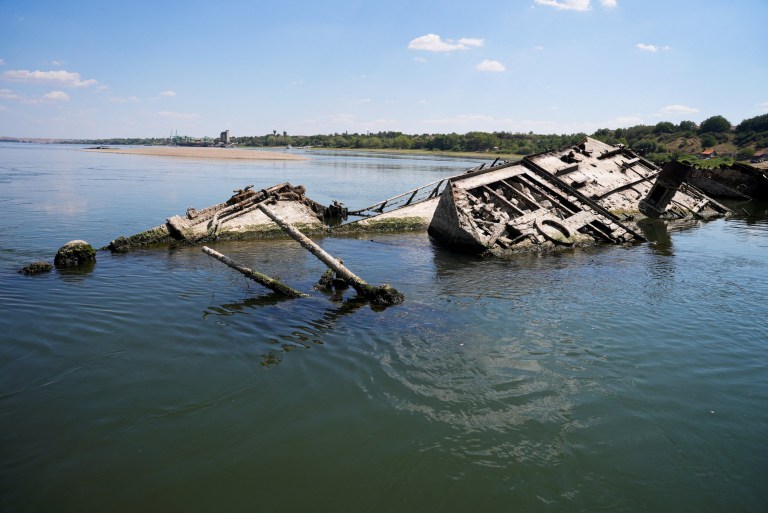 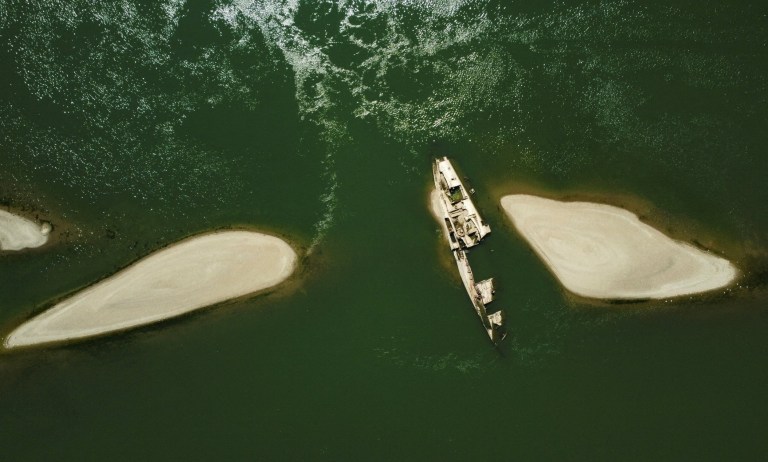 Wreckage of a World War Two German warship in the Danube (Picture: Reuters)

This is the Loire, the longest river in France. It’s gone now. It evaporated. That hasn’t happened in at least 2000 years, and likely not at any time in recorded human history. pic.twitter.com/oqbKwBuzC5

The vessels were among hundreds sent along the river by Nazi Germany’s Black Sea fleet in 1944 as they retreated from advancing Soviet forces.

Italy has declared a state of emergency for areas around the River Po, and in late July a previously submerged 450-kg (1,000-pound) World War Two bomb was discovered in the low-running waters of the country’s longest river.

Around 3,000 people living near the northern village of Borgo Virgilio, close to the city of Mantua, were evacuated while military experts defused and carried out a controlled explosion of the U.S.-manufactured device earlier this month.