How would you react if you found out you won the lottery?

Would you cry? Scream? Laugh? All three?

Well, that’s exactly what this couple did when they discovered they’d become millionaires a year ago.

The National Lottery has now released their uplifting telephone call of the moment they had their life-changing win confirmed at the height of the third coronavirus lockdown.

Theresa Picton-Clark, 70, and her husband John matched five main numbers and the Bonus Ball to win £1 million on Lotto in January 2021.

The couple from Lutterworth, in Leicestershire, can be heard screaming and crying with joy as they spoke to Paige from the National Lottery Line – the number winners call to confirm they have won big.

After making the call, Theresa – known as Terri – who is a champion ballroom dancer, joined John, 68, in a waltz around the living room and they sank five bottles of champagne. Fair enough.

Reflecting on their incredible moment last year, Terri said: ‘Even after a year I still have to pinch myself.

Theresa Picton-Clark, 70, and her husband John screamed and cried with joy when their prize was confirmed (Picture: National Lottery) 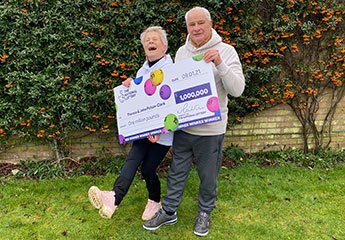 The couple plan to go on the trip of a lifetime to Antarctica (Picture: National Lottery)

‘I remember asking the lady on the phone at the National Lottery if it was a wind up. My head was spinning, I was crying, I felt free.

‘In fact, listening back to the recording I did say I was going to liberate a bottle of champagne – and we ended up liberating a fair few more!’

Although their initial celebrations were put on how due to Covid-19, it allowed the couple to think carefully about how they were going to spend their money – and most importantly to them, help others.

Terri said: ‘Having had to work hard all my life and, in more recent years, being quite poorly, you sometimes feel you are just on a treadmill and no luck or good fortune is ever going to come your way.

‘The win is a gift, it’s destiny and of course we are going to enjoy the win, but it must be used to help others.’

They bought new laptops for friends and family who were home-schooling during lockdown, gave computers to a local school, bought a washing machine for a friend and Terri gave her car to a family member before purchasing her dream car – a Fiat 500 Abarth. 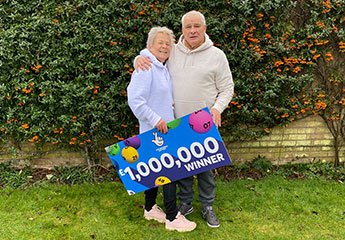 The couple, who both recently recovered from strokes, hope to go on the trip of a lifetime to Antarctica, and Terri is going to return to Latin and ballroom dancing.

She is the only Imperial Society of Teachers of Dance member who has won five ballroom and two Latin titles, retiring undefeated in ballroom.

‘For me, the win means I am able to get back onto the dancefloor and lose myself in the freedom of ballroom dancing,’ Terri added.

‘I only took it up in 2014 and I’ve been very successful. I missed it terribly during lockdown and was rusty at my first competition the other week, but I felt so good.’

The pair picked up their prize when they stopped off for petrol on their way to buy a new kitchen.

John said: ‘On our way to our kitchen appointment, we stopped off to get some petrol and I bought a lottery ticket – I always buy a Lucky Dip. 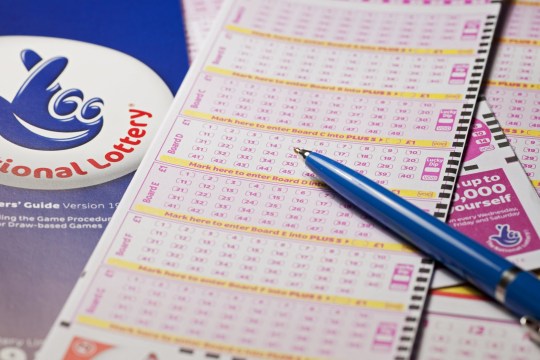 They scooped the win through a Lotto Lucky Dip (Picture: National Lottery)

‘It was one of those days, Terri was trying to get 0% interest for the kitchen, the bank was being difficult, and she ended up just crying in despair.

‘I said to her, “You never know, we might win the lottery.”‘

And the following week, they did – John went back to the shop to check the ticket and he was told to call the National Lottery as they had won too much money.

‘We then called the National Lottery Line thinking it was around £50,000 tops but after it was confirmed as £1,000,000, I remained very calm while Terri was jumping up and down,’ he explained.

Camelot’s Andy Carter, senior winners’ adviser at the National Lottery, told of the reactions towards winning he’s seen over the years: ‘Unsurprisingly, we get to see a lot of happy people in our job, but their reactions certainly differ.

‘Some people feel sick, some people jump up and down, some people are having a party when we arrive, others haven’t told a single soul – I’ve even had people fainting!

‘I’ve been there with winners when they reveal to family and friends that they’ve won. That’s lovely as it’s a very private moment for them and you can see the genuine shock and delight on people’s faces.’

The calls were released ahead of a special ‘Must Be Won’ Lotto draw on Saturday, with £20 million up for grabs. If the jackpot isn’t won, the prize amount is shared out among the other highest prizes.

By playing any National Lottery game, players generate more than £30 million each week to fund projects.

The money helps support everything from local charities, to organisations affected by the coronavirus outbreak, to helping UK athletes work towards Olympic and Paralympic medals.

Listen to more moments people learned they had won the lottery here.