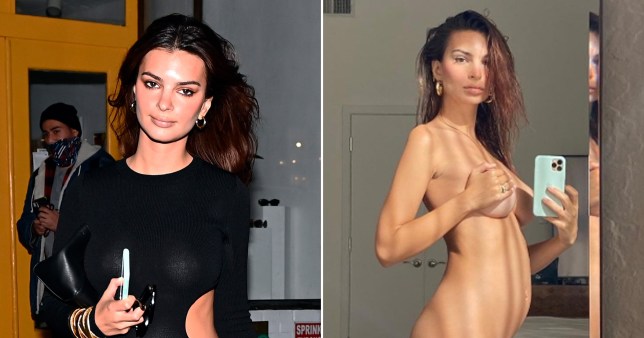 Emily Ratajkowski has appeared in countless magazine spreads but her recreation of Demi Moore’s iconic Vanity Fair pregnancy photo shoot might just be her best yet.

The 29-year-old model is expecting her first child with husband Sebastian Bear-McClard and made her baby bump the sole focus of her Halloween costume this year.

Throwing it way back to Demi’s stunning Vanity Fair cover from 1991, Emily donned a cropped black wig like the one which the Ghost actress sported at the time. She matched Demi’s casual look with a pair of gold chunky earrings, black lingerie and a white shirt unbuttoned to reveal her baby bump which she cradled.

Demi, 57, blessed Emily with her seal of approval by sharing the photos with kissy face and heart emoji, to which the model replied: ‘Queen!’

Reacting to Emily’s genius Halloween costume, one of her Twitter followers replied: ‘It’s a mix of Demi and Kris Kardashian.’

‘Iconic on iconic,’ another praised. 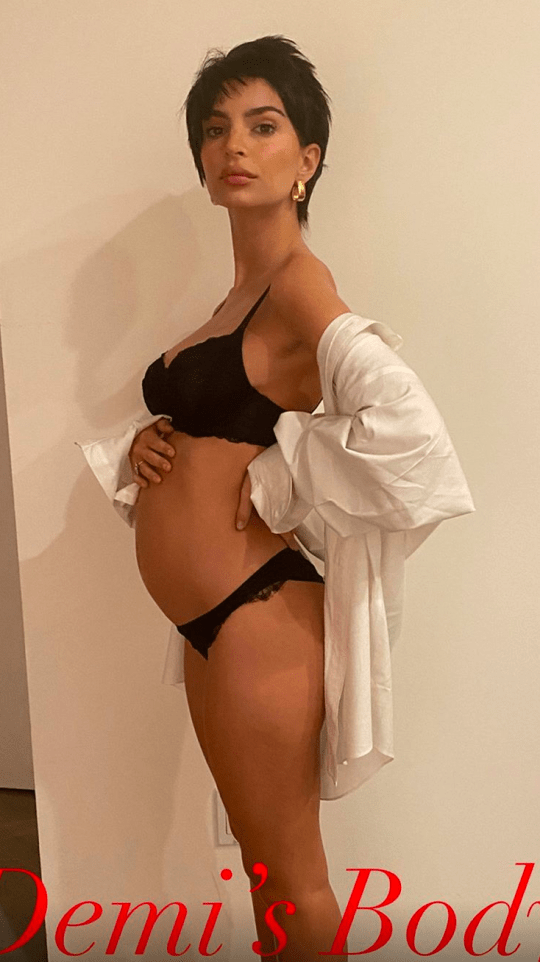 In the article, the Blurred Lines star opened up about her and Sebastian’s approach to their unborn child’s gender.

She explained: ‘When my husband and I tell friends that I’m pregnant, their first question after “Congratulations” is almost always “Do you know what you want?”

‘We like to respond that we won’t know the gender until our child is 18 and that they’ll let us know then. Everyone laughs at this.

‘There is a truth to our line, though, one that hints at possibilities that are much more complex than whatever genitalia our child might be born with: the truth that we ultimately have no idea who—rather than what—is growing inside my belly.’

A few days later, Emily revealed she was around 20 weeks pregnant and said she was ‘getting to know my new body’ alongside a photo of her admiring her changing figure in a mirror.

‘Avoid board games and sleepovers at Christmas’, Sage advises

Pictures of a Thanksgiving That No One Pictured