Elon Musk’s SpaceX is accused of paying $250,000 to one of its flight attendant to keep quiet about its owner’s alleged sexual harassment.

They told Business Insider that Musk made the proposal as the employee performed a massage on a flight to London in 2016.

The unnamed woman was asked by the billionaire if she could come to his room on the plane to perform ‘a full body massage’, a friend of hers claimed.

SpaceX employs in-house massage therapists for executives. The flight attendant was encouraged by superiors to pay for her own massage classes, her friend claims.

‘They encouraged her to get licensed as a masseuse, but on her own time, on her own dime. They implied that she would get to fly more often if she were to do this because she’d be able to give Elon proper massages,’ they added.

Upon arrival, the attendant allegedly found Musk ‘completely naked except for a sheet covering the lower half of his body.’ 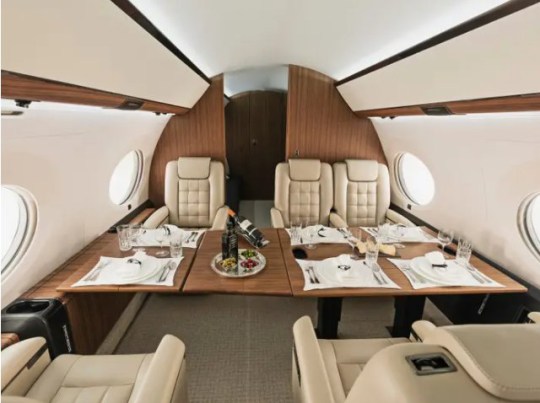 The tech billionaire allegedly made his advances on board his private jet (Picture: Courtesy of Gulfstream Aerospace Corporation)

According to the source, he ‘touched her thigh’ and ‘offered to buy her a horse’ if she would ‘do more,’ which she interpreted as performing sex acts.

The attendant, who rode horses as a hobby, declined the offer but carried on with the massage, during which he allegedly ‘exposed his genitals’.

They said the attendant told her about what happened while they were on a hike shortly after the London trip.

She was ‘really upset’ and visibly shaken and ‘didn’t know what to do’, the friend added.

The attendant told her that work ‘began to dry up’ after she refused the tech mogul’s advances.

After becoming convinced that not accepting Musk’s proposal had deprived her of opportunities at work, the attendant hired a lawyer and sent a complaint to HR, it is claimed.

In November 2018, SpaceX and the flight attendant allegedly reached a severance agreement outside court, including a $250,000 payment in exchange for not suing. 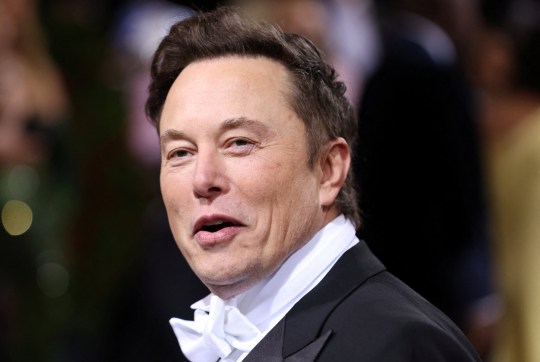 Musk was accused of offering to buy the flight attendant a horse in exchange for sex (Picture: Reuters)

This also reportedly included non-disclosure and non-disparagement agreements preventing the attendant from talking about Musk, the company or the payment.

Musk took to Twitter last night to denounce the claims against him as ‘utterly untrue’.

‘I have a challenge to this liar who claims their friend saw me “exposed” – describe just one thing, anything at all (scars, tattoos, …) that isn’t known by the public. She won’t be able to do so, because it never happened,’ he said.

Musk, who is also chief executive of Tesla, said on Wednesday that he would vote Republican instead of Democrat, predicting a ‘dirty tricks campaign’ against him would follow.

Hitting back at the claims, he said there was a ‘lot more to this story’ and called it a ‘politically motivated hit piece’.

Yesterday he tweeted: ‘The attacks against me should be viewed through a political lens – this is their standard (despicable) playbook – but nothing will deter me from fighting for a good future and your right to free speech.’

Musk claimed the article was an attempt to interfere with his attempt to buy Twitter.