These dramatic pictures show an elephant that was saved from a mud pit by a group of conservationists.

The team rescued the animal after it became stuck at Oldonyiro community conservancy, Isiolo County, Kenya.

Dr Kieran Avery, 34, from Kenya, a veterinary surgeon and conservationist, was part of the rescue last month.

He took images of the elephant caught in mud after receiving a call from locals to inform him the animal needed help.

Dr Avery said: ‘Members of the community sent us photos to guide us on what would be needed to remove her.

‘She was stuck on her own and her herd had moved away from the dam.

‘She was clearly distressed and exhausted – but she still had a fight in her which is always a good sign that there is hope.

‘To free an elephant of this size you have to have the right tools. This included a tractor, heavy-duty straps and shackles, and knowledge of elephant behaviour.’

It took the team an hour and a half to free the stuck elephant. 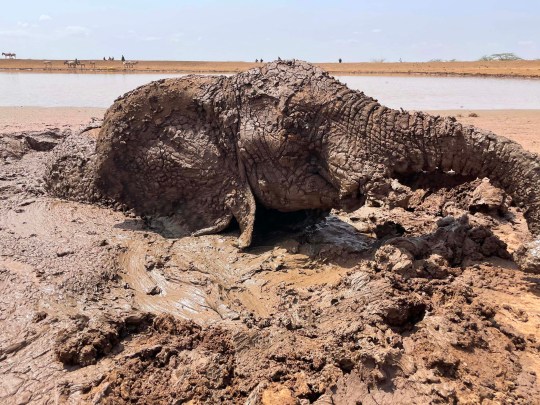 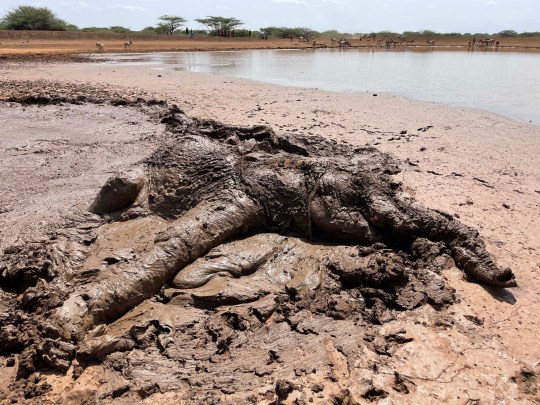 The elephant was in a bad way (Caters) 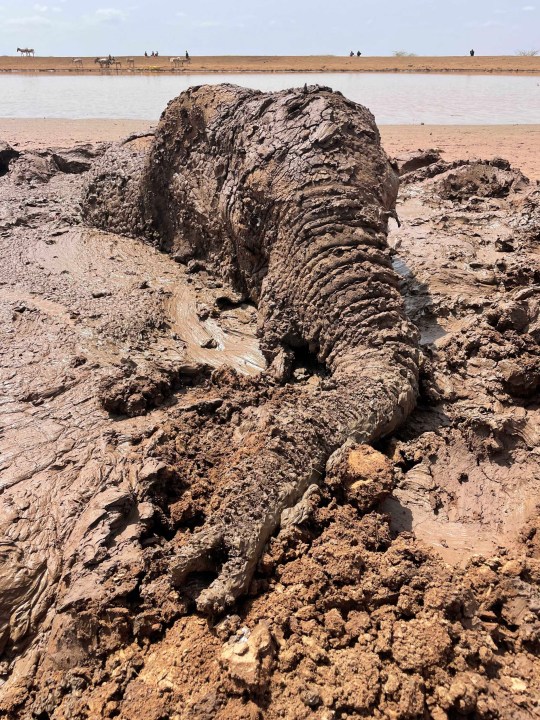 The elephant never gave up (Caters)

Dr Avery said the process involved carefully positioning the straps to allow the tractor to pull her out and ensure the elephant didn’t grab them with her trunk, which would result in serious injury to the team.

He added: ‘Ideally the straps should be placed around her bum, below her tail.

‘The tractor then applies careful tension and we observe the elephant and the position of the straps – if all looks good then the tractor continues to pull until the elephant is well clear of the mud and on stable ground.

‘It doesn’t take a big team – just a handful of us with the right tools.

‘Elephants are magnificent animals with a massive presence. Being up close with a wild adult like this makes you realize how powerful and intelligent they are.

‘Their eyes capture you and you can see their emotions in their expressions. It is humbling.

‘To me, there is nothing better than seeing free-roaming wild elephants across the landscape, and to be able to free one from an inevitable death trap and watch her walk away back into the wilderness where she belongs just can’t be beaten.’