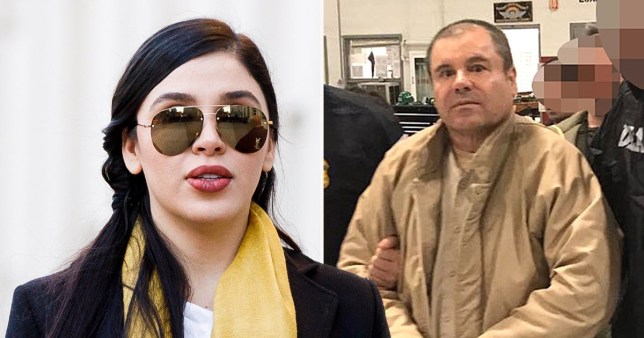 Emma Coronel Aispuro, 31, was detained by police at the Dulles International Airport in Virginia, the Department of Justice announced Monday.

Coronel, a dual US and Mexican citizen, is accused by prosecutors of participating in a conspiracy to distribute cocaine, methamphetamine, heroin and marijuana for importation into the US.

She’s also charged with plotting to help orchestrate her husband’s escape from Altiplano prison in Mexico, in July 2015. El Chapo, now 63, famously escaped from the high-security prison through a mile-long tunnel and after going on the run, was re-arrested six months later. 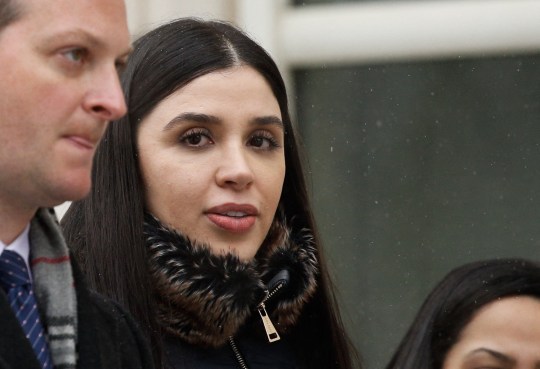 Emma Coronel Aispuro, wife of Joaquin ‘El Chapo’ Guzman leaves from the US Federal Courthouse after he was sentenced to life in prison on February 12, 2019 (Picture: AFP/Getty) 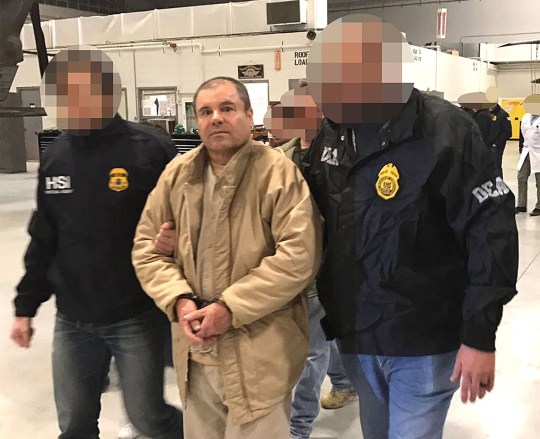 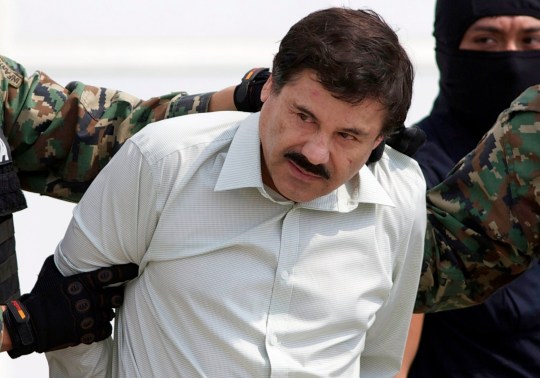 Joaquin Guzman, the head of Mexico’s Sinaloa Cartel, is escorted to a helicopter in Mexico City following his capture in the beach resort town of Mazatlan, Mexico in October 2019 (Picture: AP)

His wife of 14 years, Coronel, apparently relayed messages for El Chapo and aided him in shipping drugs from 2012 to 2014, according to court documents obtained by The New York Times.

He was convicted in 2019 for leading the cartel and the massive drug conspiracy and he was sentenced to life in prison.

Two years after her husband was jailed, Coronel is set to appear in the US District Court for the District of Columbia on video conference later today.

Prosecutors claim that not only was she aware of his role as the leader of the Sinaloa cartel, but she also served as a link to help his drug trafficking operation.

Between 2012 and 2014, while Guzman was hiding out from Mexican authorities, Coronel allegedly ‘relayed messages’ on his behalf ‘in furtherance of drug trafficking activities’, according to an arrest affidavit.

Her drug charges include a criminal complaint with conspiracy to distribute one kilogram of heroin or more, five kilograms of cocaine or more, 1,000 kilograms of marijuana or more and 500 grams or more of methamphetamines for illegal importation into the US.. 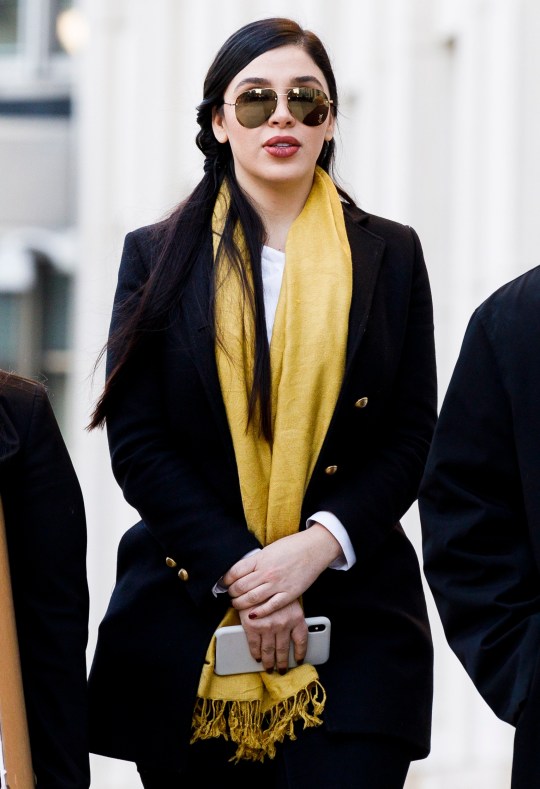 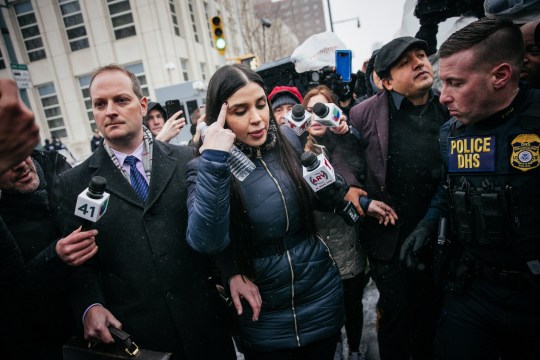 Emma Coronel Aispuro will appear before a court on February 23 2021 (Picture: EPA)

She allegedly worked with Guzman’s sons and a witness, who is now cooperating with the feds, to organize construction of the mile-long, lighted passage.

According to court documents, the plot involved buying a piece of land near the prison, purchasing firearms and an armored truck and smuggling a GPS watch to Guzman, so they could pinpoint his location for the escape to be successful.