The EC order came on a day West Bengal reported its highest single-day spike of 11,948 COVID-19 cases and 56 fresh deaths 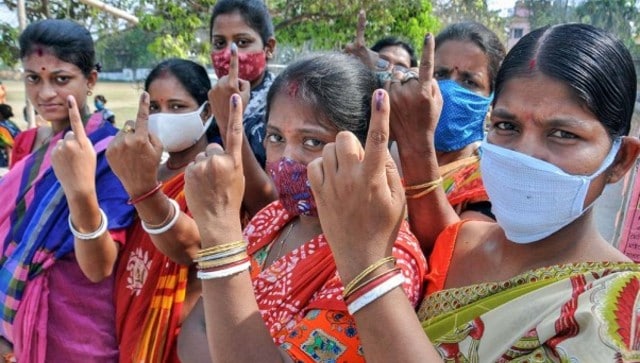 The Election Commission of India has banned all roadshows, padayatras and rallies while restricting attendance in public meetings to a maximum of 500 people in West Bengal where polling is being held in multiple phases.

The order also came on a day West Bengal reported its highest single-day spike of 11,948 COVID-19

cases and 56 fresh deaths and the Calcutta High Court censured the commission over its handling of the election.

“No public meeting beyond the limit of 500 persons at a place subject to availability of adequate space with social distancing, adhering to COVID-19

safety norms, shall be permissible,” the order said.

The EC order said that no cycle or bike or vehicle rallies will be allowed for the remaining two phases of elections in the state and all permissions for roadshows, cycle/bike/vehicle rallies that were granted earlier stand withdrawn. Permission for public meetings stand modified as per the 22 April order, the order said.

Over the last few weeks, the EC has issued several warnings to political parties for violating COVID-19

protocol during election rallies and events.

On 9 April, the Election Commission had told the political parties that in case of a breach of the health protocols, it will “not hesitate in banning public meetings, rallies of the defaulting candidates, star campaigners or political leaders without any further reference”.

On 16 April, after the fifth phase of polling concluded, the Commission used its constitutional powers to prohibit campaigning between 7 pm and 10 am and discouraged public gatherings.

It also extended the silence period to 72 hours from 48 hours prior to polling in the sixth, seventh and eighth phases of the West Bengal Assembly election.

Later, on 20 April, Calcutta High Court said that it would be open to the poll panel and the state Chief Electoral Officer (CEO) to take the requisite steps and ensure a successful implementation of the COVID protocols by requiring strict compliance of the prescribed guidelines and orders by all political parties, candidates and all other concerned with the election process.

On Wednesday, the Election Commission wrote to the heads of all recognised political parties, warning them once again that “in case parties or candidates do not abide by the laid down COVID protocols during the campaign, necessary action under the Disaster Management Act 2005, the Epidemic Diseases Act 1897, etc, will be initiated immediately by the district authorities and their permission for further campaigns, even if granted previously, shall also be cancelled”.

While voting for the sixth phase concluded on Thursday, Bengal will vote for the remaining seventh and eighth phase of the Assembly election on 26 and 29 April.