More than 1,500 were injured in the quake, in addition to the dead, according to the state-run news agency, Bakhtar. Afghanistan was already reeling from one of the worst humanitarian disasters in the world, with crippling hunger hitting the population after the economy collapsed with the takeover of the country last year by the Taliban.

The impact of the earthquake was hardest in the province of Paktika, a mountainous area which borders Pakistan. In one district of that province, Gayan, 1,800 houses—70% of all homes there—were destroyed and damaged, the United Nations said.

The earthquake will likely test the administrative capabilities of the cash-strapped Taliban regime as the full extent of the disaster emerges. The government isn’t recognized internationally, and overseas aid is distributed directly to the Afghan public, bypassing the authorities.

A local resident, Alim Khan Wafa, said that in Gayan, “half of the people are digging graves and the other half have rushed to the hospital for their wounded family members.”

The province of Paktika, which borders Pakistan, was the area hit worst by the earthquake on Wednesday.

Mohammad Gul, a doctor in Gayan, estimated that 500 people had died in that district alone.

“Paktika hospitals do not have enough capacity, medicines and blood to treat all the victims, so we have sent some of them to Kabul and nearby provinces by helicopter,” said Dr. Gul.

Ramiz Alakbarov, the U.N.’s deputy special representative for Afghanistan, said that the U.N. had sent health teams and medical supplies.

“This does add to the daily burden of survival in this particular setting,” said Mr. Alakbarov.

The U.N. has significant resources available in Afghanistan, he said, where it is running one of its biggest aid efforts. But it doesn’t possess heavy equipment to move debris. He said that so far, the Taliban hadn’t asked the U.N. to mobilize an international rescue effort, but Turkey would be best placed in the region to provide moving equipment. 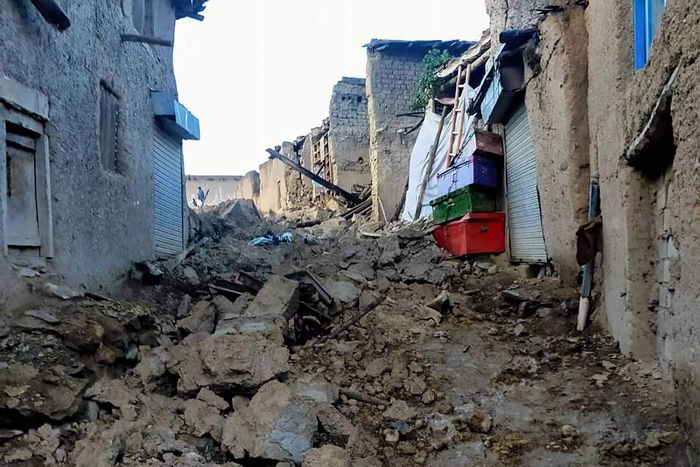 Damaged buildings in the Gayan district, in Paktika province.The earthquake had a magnitude of 5.9.

He said that an immediate $15 million was required just to cover the needs for Wednesday, with the U.K. and the European Union showing readiness to send funds.

“We count on the international community to help support the hundreds of families hit by this latest disaster,” said U.N. Secretary-General

“Now is the time for solidarity.”

The Taliban’s Ministry of Defense said seven helicopters along with medics had been dispatched. The Taliban authorities also sent around 50 ambulances, and they were distributing cash to the families of the deceased, the U.N. said.

Mawlawi Sharafudin Muslim, the country’s deputy minister for natural disaster management, said that tents, blankets, cash and food had been dispatched to the area. The office of Mullah Abdul Ghani Baradar, the deputy prime minister of the Taliban regime that took over last year, asked foreign aid agencies for help.

“There are still many people under the debris, including women and children,” said Naqib Zadran, a resident of Orgun district of Paktika, adding that many injured children were taken to the local hospital. “The province is in big grief and everyone is running to help those who are still trapped.”

The earthquake had a magnitude of 5.9, striking 27 miles southwest of Khost, in eastern Afghanistan, the U.S. Geological Survey said. It happened a little after 1 a.m. local time. 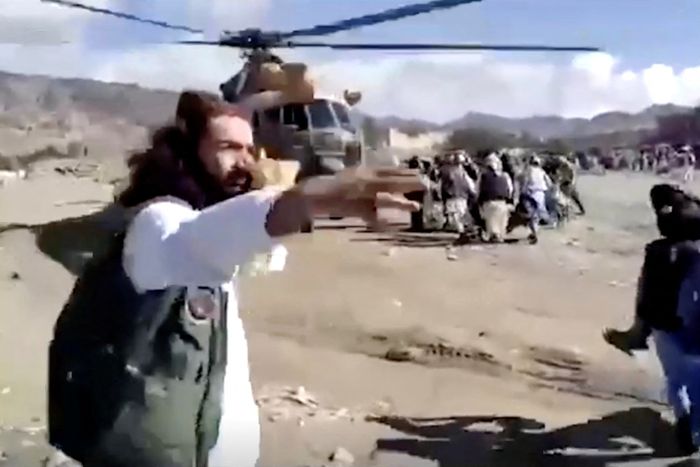 Afghanistan’s Ministry of Defense said helicopters and medics were dispatched to the area hit by the earthquake.

The earthquake was also felt strongly in neighboring Pakistan, where the authorities said they had no immediate reports of casualties. The two countries are in a region frequently hit with earthquakes.

Muhibullah, another resident of Paktika, who goes by one name, said that locals were still digging out victims. Many women and children died in their beds as their homes collapsed on them, he said.

“Most of the victims had suffocated, as we saw no blood or broken bones. They suffocated under the debris,” he said.

“This tragedy only worsens the difficult, fragile economic and social situation that Afghanistan has been experiencing for months,” said Emergency, an Italian aid group that has run hospitals in Afghanistan for decades. “Now it will be even more necessary to release and increase all the humanitarian aid that Afghanistan needs.”