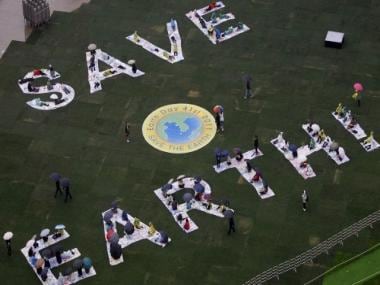 Global warming, pollution and deforestation are some of the problems routinely discussed since they pose a major threat to nature

Every year, 22 April is observed as Earth Day across the globe and people and major stakeholders take part in civic activities and work towards raising awareness about critical issues that the Earth is facing.

Global warming, pollution and deforestation are some of the problems routinely discussed since they pose a major threat to nature. Over 1 billion people spread across 192 countries participate in Earth Day activities each year. This makes the day as the largest civic observance in the world.

The theme this year is “Restore Our Earth” and its focus is on natural processes, emerging green technologies and innovative thinking that can restore the world’s ecosystems. And therefore, the theme also rejects the belief that only mitigation and adaptation are the ways to address climate change.

Earthday.org urged everyone to participate in the movement, adding that the focus should be on a global push for climate literacy, so the leaders of tomorrow can prepare solutions today. The year, the activities have been divided over three days, beginning on 20 April. It says on 21 April, Education International, with 32 million educators, will lead the “Teach for the Planet: Global Education Summit”. The virtual summit, in multiple languages, will focus on the significant role of educators in combating climate change and why the world needs transformative climate education now.

On this day, panel discussion, workshops and special performances will focus on Restore Our Earth, the theme for this year. “We’ll cover natural processes, emerging green technologies, and innovative thinking that can restore the world’s ecosystems,” the event note said.

The topics that are expected to be the centre of discussion include climate and environmental literacy, climate restoration technologies, reforestation efforts, regenerative agriculture, equity and environmental justice, citizen science, and cleanups.