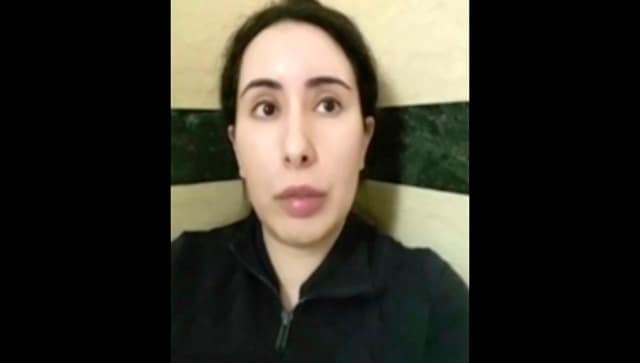 Videos released by the British Broadcasting Channel (BBC) have revealed that Sheikha Latifa bin Mohammed Al Maktoum, who escape attempt from the United Arab Emirates three years ago failed, is being held captive by her father.

In the report, Princess Latifa, the daughter of Dubai’s ruler Sheikh Mohammed bin Rashid Al Maktoum, alleged kidnapping and claimed she is being kept hostage by her father in a villa converted to a jail, bereft of any medical aid.

In the video, the 35-year-old princess revealed she was doing the video from a bathroom, as it is the only room with a door she can lock. “I’m a hostage. I am not free. I’m enslaved in this jail. My life is not in my hands,” she can be heard saying.

The princess further shared that she is in a villa converted into a jail where all the windows are barred shut and there are five policemen stationed outside and two policemen inside the house. Latifa also revealed how she tried to fight back against commandos when she was captured and that she was tranquilised. On her return to Dubai, she stated that she has been held alone.

In 2019, Latifa began to send secret messages to her friends, via a smuggled phone

She described being held, against her will

The UAE has previously said Latifa is “safe in the loving care of her family”#MissingPrincesshttps://t.co/WCWIJKcqLd pic.twitter.com/ngyi4nbnTO

In a separate report by BBC, it was revealed that the United Nations has said it will raise the detention of Princess Latifa, with the UAE. UK Foreign Secretary Dominic Raab added that they are concerned about the footage that has been revealed adding that the videos showed a young woman in deep distress and added that the UK would watch any developments from the UN very closely.

According to a report by The Indian Express, Princess Latifa is the daughter of Dubai’s billionaire ruler Sheikh Mohammed bin Rashid al-Maktoum who is known for transforming Dubai into one of the foremost destinations for business and tourism.

Latifa’s mother, Her Royal Highness Princess Haya bint Al Hussein, is his second ‘official wife’, having married him in 2004. The ruler also has a number of unofficial wives with whom he has had at least 25 children. The report adds that the princess was born in 1984 and tried escaping from the family residence in Dubai in 2002, when she was 16. However, she was easily tracked and brought back to the palace, where she was detained for three years.

Latifa tried escaping again in 2018 when she met her friend Jauhianen at a coffee shop in Dubai. The two drove out of town and managed to cross the border into Oman. However, she was held just off the coast of Goa in India and taken back to Dubai again.

In March 2020, a London High Court judge said he accepted as proven various accusations levelled by Princess Haya against Sheikh Mohammed, including one that said that the Dubai ruler had ordered Latifa’s abduction. However, Sheikh Mohammed’s lawyers had dismissed the allegations.