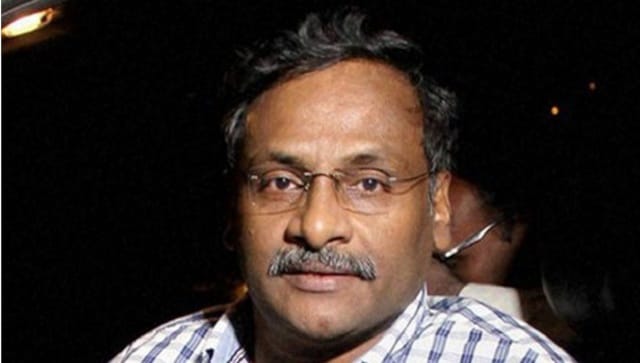 According to a memorandum received by Saibaba’s wife Vasantha on Thursday, his services have been terminated with immediate effect from the afternoon of 31 March.

“The services of GN Saibaba, assistant professor, Ram Lal Anand College are terminated with immediate effect from the afternoon of March 31, 2021. Three months’ salary has been paid in his savings bank account,” said the memorandum undersigned by college principal Rakesh Kumar Gupta.

Gupta could not be reached for comment even after several attempts.

Saibaba, an assistant professor of English, was suspended after his arrest by the Maharashtra Police in 2014. His wife and daughters were receiving half of his salary since the arrest.

Terming the latest development a “witch hunt”, Saibaba’s wife alleged that it was a “violation of employee’s rights” and she would take the matter to court.

“Our appeal against his conviction is still pending in the Bombay High Court, how can they take such a decision. SAR Geelani (who was convicted in the Parliament attack case) is the best example. He was acquitted of all charges, he was never terminated. So why Saibaba’s service being terminated? This is a violation of employee’s rights,” she argued.

Vasantha added that they have been receiving half his salary since the suspension. But now, with the termination, the family, which includes herself and their college-going daughter, will face financial difficulty, she said.

“We don’t have any other option but to approach our lawyers, we will definitely challenge this decision in the court,” she said.

DU Professor Nandita Narayan of the Committee for Defence and Release of GN Saibaba alleged that taking “precipitative action like termination” was highly condemnable while the legal process was on.

“The Staff Association of RLA College and DUTA had warned the authorities against taking any such step. Moreover, the University had itself written to the College in 2019, citing legal opinion, that show cause notice should be issued again.”

“To our utter shock, the University short-circuited its own process and terminated his services without even waiting for his reply,” she said.