A British schoolgirl left for dead after an Alpine gun massacre which claimed the lives of her parents remembers “the white skin and bare hands of her attacker”, it has emerged.

Zainab Al-Hilli was only seven when she was shot in the shoulder and beaten around the head during the infamous attack in France almost exactly a decade ago. 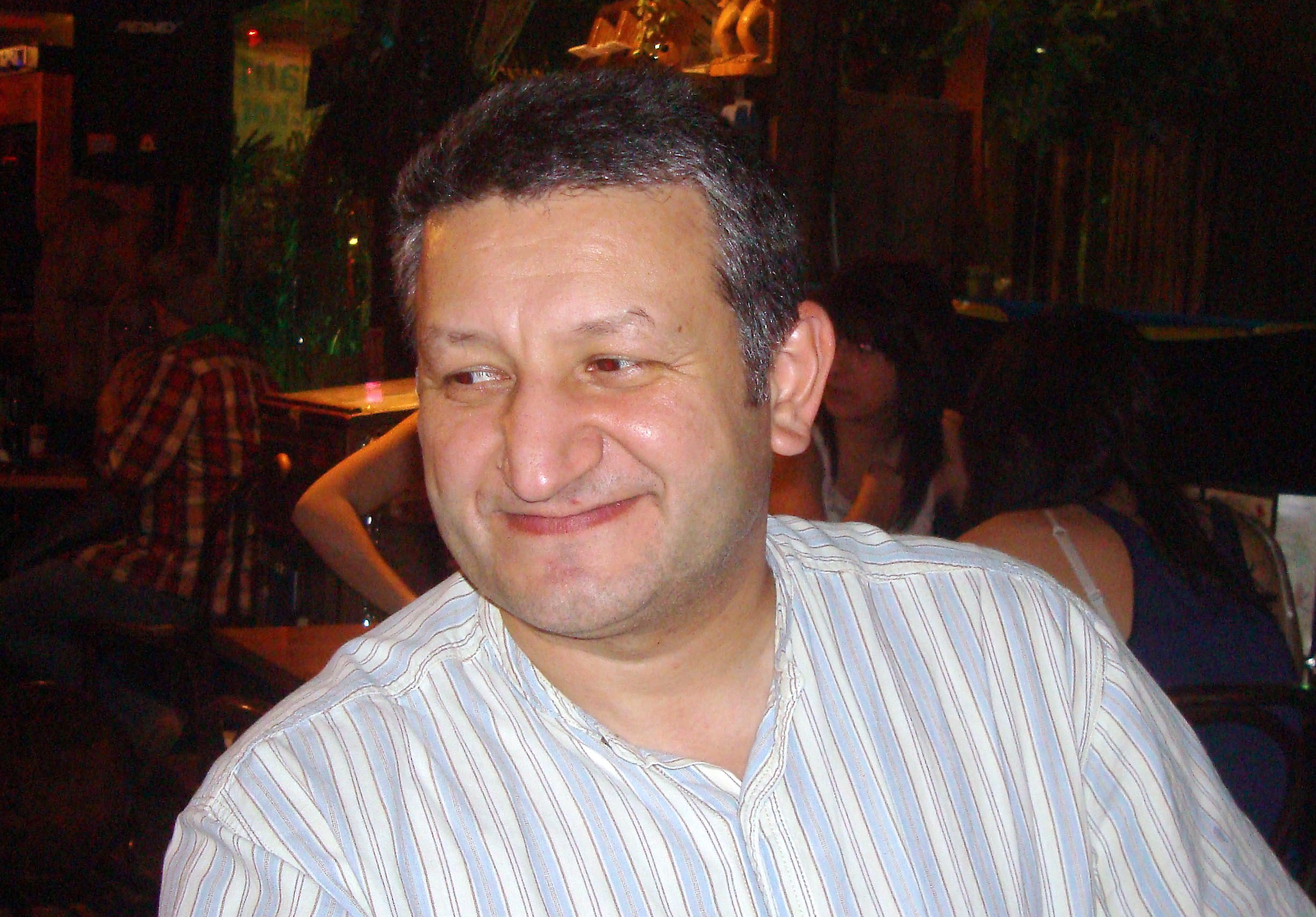 Now she is 16 and – according to dramatic revelations in Le Parisien newspaper this weekend – she was interviewed at length by British detectives in June this year.

While she has previously recalled seeing “one bad man”, Zainab has now provided more precise details that may help to finally solve the cold case.

It came as sources close to the case sensationally told Le Parisien that Brett Martin, an Englishman who came across the dead bodies while out cycling, is still considered a suspect.

Mr Martin, a former RAF officer now aged 63, was the first to discover Zainab staggering around a BMW car in an isolated country layby close to Lake Annecy, in eastern France, on September 5 2012. 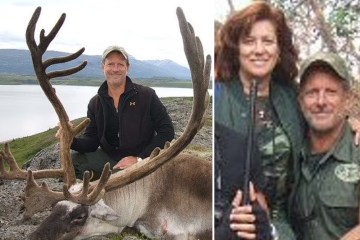 Dead inside was her father, Saad Al-Hilli, 50, her mother Ikbal Al-Hilli, 47, and her grandmother, Suhaila Al-Allaf, 74.

All had been shot, along with French cyclist Sylvain Mollier, a 45-year-old father of three, whose body lay alongside the car.

Zainab’s four-year-old sister, Zeena Al-Halli, was later found alive and well, hiding in the back of the BMW.

French investigators told Le Parisien that Zainab in June offered “a testimony of unique precision about the drama”.

She recounted how the family was on holiday, and enjoying a drive through mountainous countryside by the village of Chevaline.

They got to the “edge of a small road riddled with potholes,” and Zainab got out of the car with her father.

She recalled seeing cyclist Sylvian Mollier, and while other members of the family were getting out of the car “gunshots rang out”.

Zainab was ordered back into the car by her parents, but then the shooter grabbed the girl from behind.

‘She first of all thought it was her father, but then saw the white skin and bare hands of her attacker, and realised it couldn’t be him.

‘Zainab struggled but couldn’t get out of the grip. According to her, the killer was wearing long trousers and a leather jacket.’

Zainab was then pistol whipped and blacked out after suffering multiple facial injuries.

She later made a full recovery and returned to the UK, where she now lives.

Mr Martin, who owned a holiday home in the Annecy area, at first thought he had stumbled across a road traffic accident, but then saw the bullet holes and casings lying on the ground.

Mobile phone reception was poor, so he had to cycle away to alert the police, after putting Zainab in the recovery position.

Le Parisien has now obtained unpublished enquiry documents which suggest that the killer may have been unknown to all his or her victims.

Gendarmes working to examining magistrates have suggested that there are now three suspects who could be responsible for the carnage: Mr Martin; a businessman from Lyon named as Pierre C.; and a third man solely identified as Suspect X.

Mr Martin and Pierre C. deny any wrongdoing, and claim to know nothing about the killing whatsoever, Le Parisien states.

Phone records and other data, combined with statements from people who were in the area at the time of the attack, suggest that the multiple killings took no more than one-and-a-half-minutes.

Pierre C, who was on a motorbike on the day, was taken into custody in January this year, but then released without charge.

Lise Bonnet, the Annecy prosecutor, originally said there had been “inconsistencies” with the man’s alibi.

Pierre C. was the “mystery motorcyclist” seen driving away from the crime scene and looking lost.

An e-fit photo of a “prime suspect motorcyclist” with a goatee beard was released in November 2013 and showed him in a distinctive black helmet, of which only about 8000 were made.

The image, mainly produced by two forest rangers who briefly spoke to the man, finally led to a first arrest of the biker in 2015.

Mr Martin told detectives he saw the motorcyclist coming away from the murder scene, but made no effort to raise the alarm.

Mr Martin’s testimony about “the mystery biker” is considered crucial to the enquiry, but, according to Le Parisien, gendarmes have suggested that Mr Martin may have used it to “direct investigators to a bad working theory”.

The gendarmes are also “intrigued by the fact that he [Marin] brought back to England the clothes he wore on the day of the drama to wash them, when he has a second home in Haute-Savoie with a washing machine”, according to Le Parisien.

Haute-Savoie is the Alpine department – the French equivalent of a county – in which Annecy is located.

Le Parisien reports that the police have thoroughly investigated the life of Mr Martin, 63.

It said: “What emerges is a complicated family history and some very dubious jokes about Muslims, but nothing that would link him to the murders.”

The Al-Hillis were from an Iraqi Muslim background, and this has led to theories that they may have been pursued by enemies linked to Iraq.

Le Parisien did not offer further details about the Suspect X theory, saying he could be anyone, from a local rambler with a gun, to a motorbike rider or cyclist.

The so-called Alps Murders case has given rise to multiple theories, from contract killings to family arguments, but nobody has yet been charged in relation to the crimes.

Back in January, a probe into the Alps murder of the family descended into farce after a re-arrested suspect was released without charge.

The 57-year-old Frenchman was told he faced no further action over the gun killings of Surrey businessman Saad al-Hilli, his wife and his mother-in-law.

Prosecutors in Annecy, France, confirmed the married dad had been ruled out of the decade-long inquiry. He was not named. 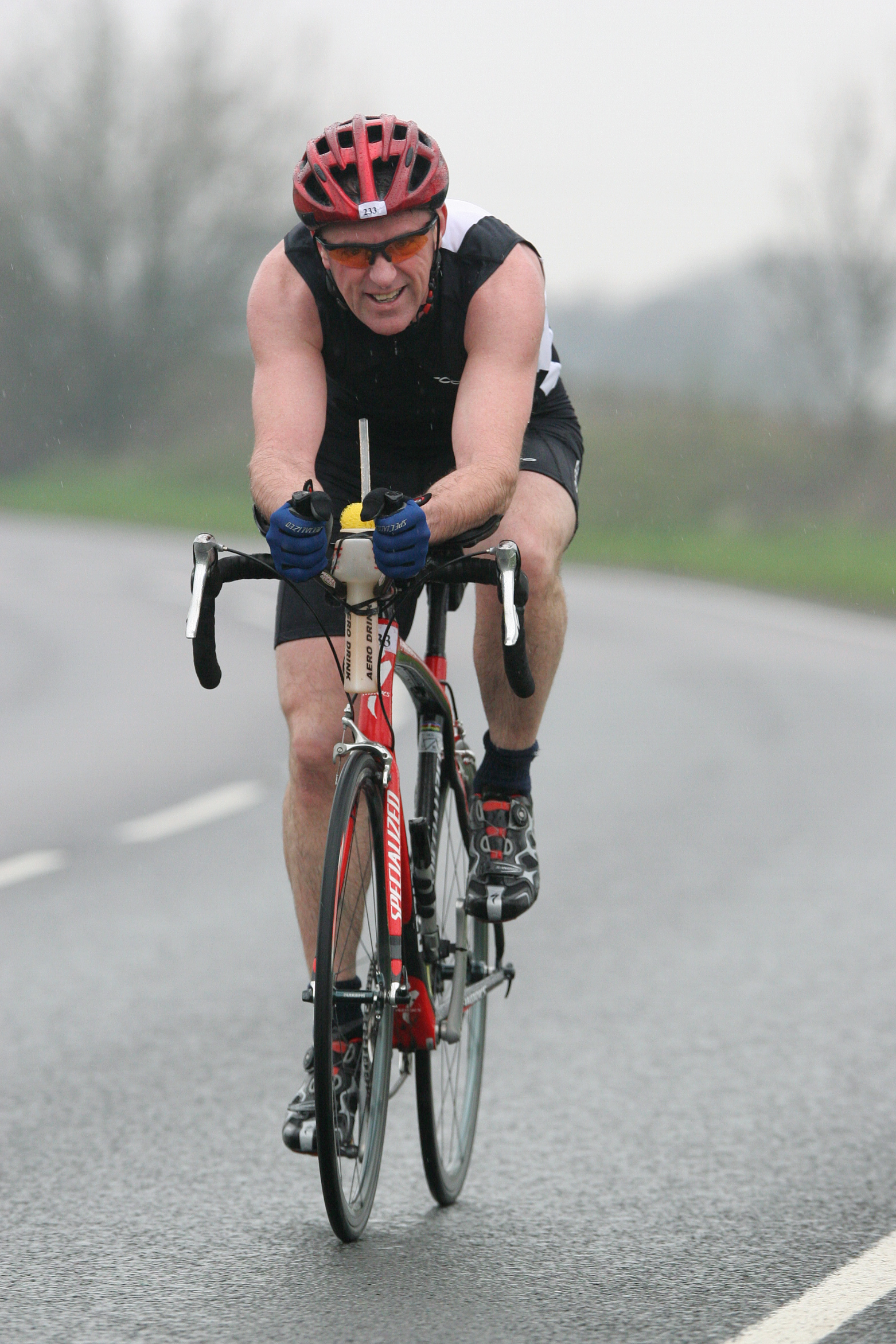 Brett Martin thought he had stumbled across a car crash before seeing bullet holes and casings littering the areaCredit: Barcroft Media 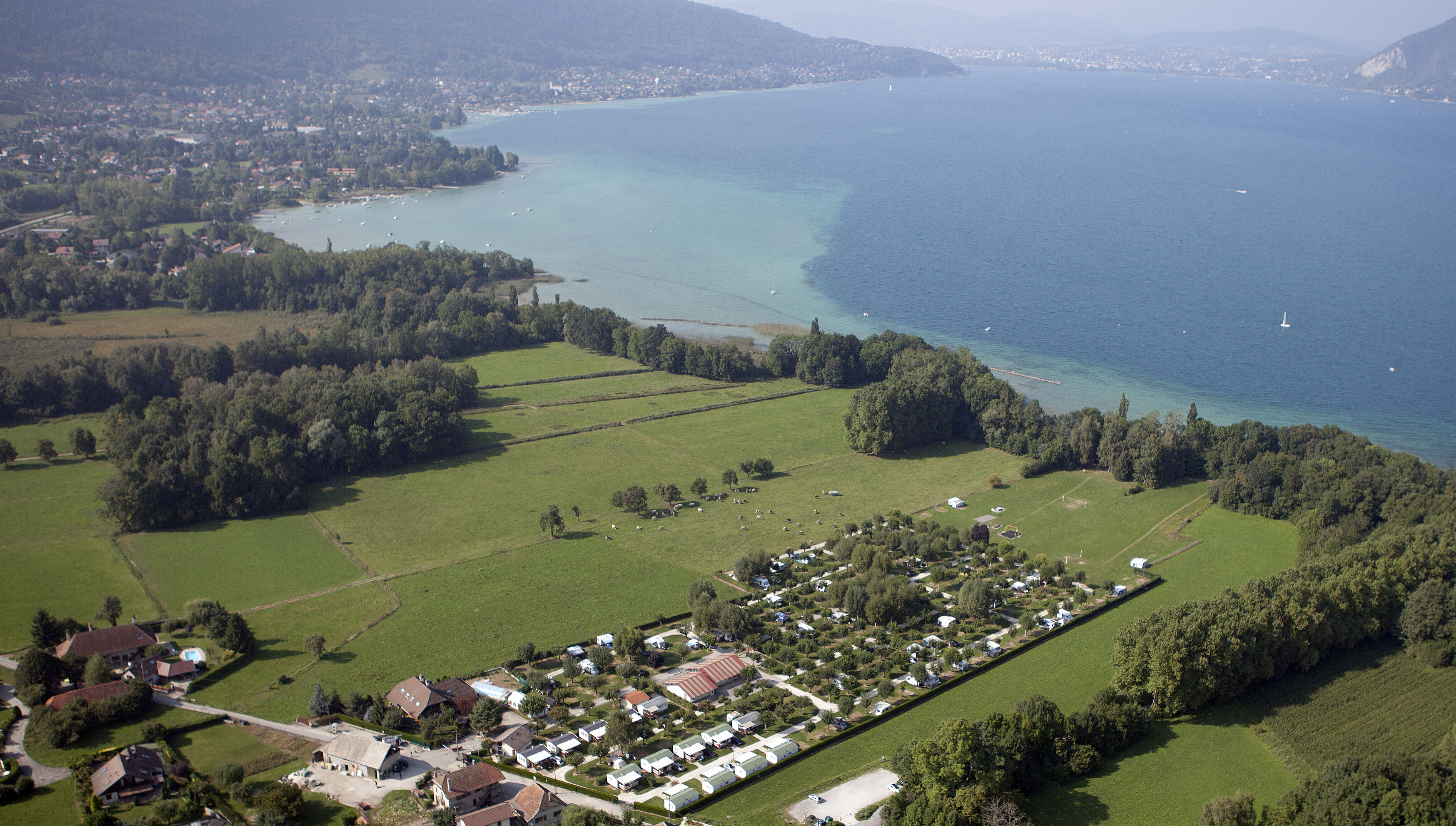 The shootings occurred near Lake Annecy in FranceCredit: Doug Seeburg – The Sun 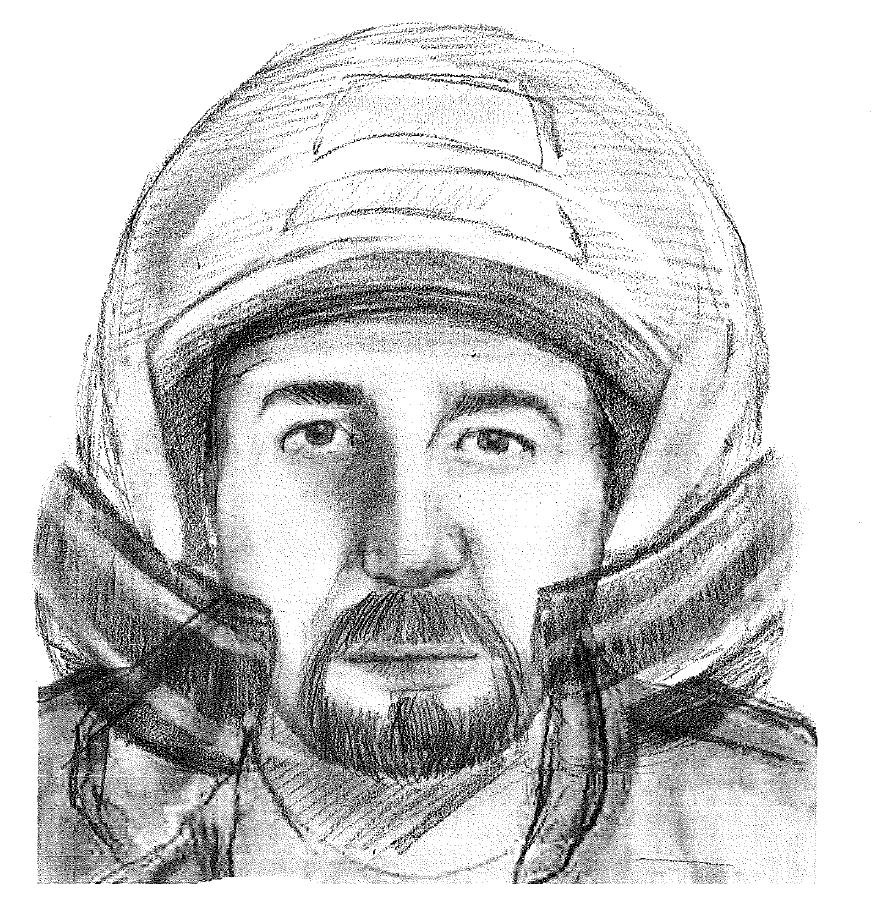 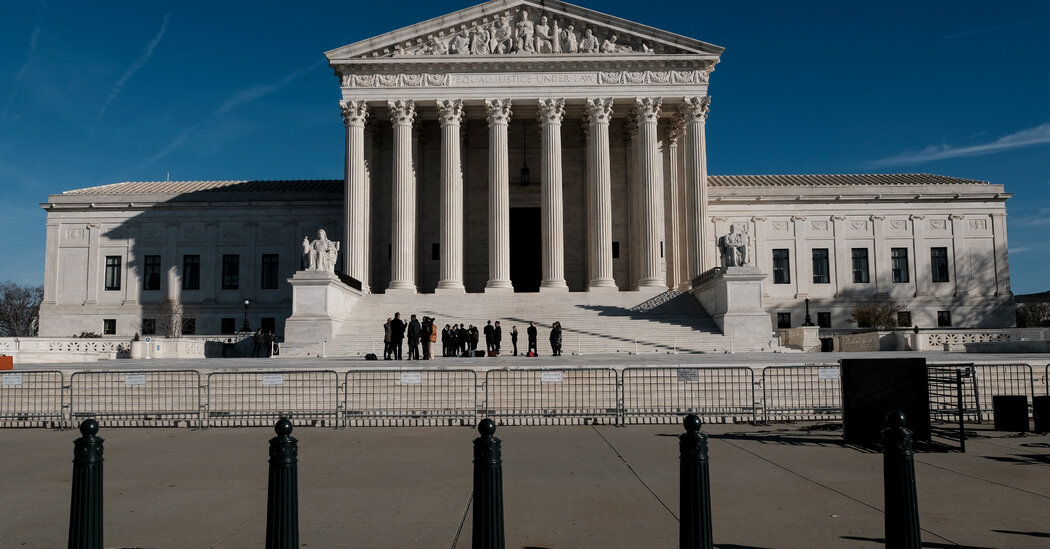