Terming the second COVID-19 wave a national crisis, the Supreme Court said there should be no clampdown on citizens seeking help regarding oxygen, medicines and hospitals beds on the internet.

“There should be free flow of information, we should hear voices of citizen,” said a bench headed by Justice DY Chandrachud, and asked the Centre, states and all DGPs not to take any action against anyone posting a shortage of oxygen, beds or doctors as spreading a rumour.

The Bench, also comprising Justices L Nageswara Rao and S Ravindra Bhat, also said that if any action is taken against such posts on social media by citizens in distress, it will be treated as contempt of court.

Observing that even frontline doctors and healthcare workers were not getting beds for treatment, the bench said the healthcare infrastructure inherited over the past 70 years was not sufficient and the situation was grim. The apex court said hostels, temples, churches and other places be opened for converting them as COVID-19 care centres.

The Bench also told the Centre to adopt a national immunisation model as poor people will not be able to pay for vaccines.

“What happens to the marginalised and SC/ST population? Should they be left to the mercy of private hospitals,” it asked. It further said the healthcare sector has come to a breakpoint and retired doctors or officials could be re-employed in this crisis.

The apex court had taken suo moto cognisance on issues related to the supply of oxygen, medicines, vaccine and other COVID-19 essentials even as hearings are underway on the same issues in several high courts across the country.

Emphasising the “ground reality” in Delhi, Gujarat and Maharashtra, the Supreme Court also sought to know from the Centre what immediate and effective steps it will in view of the oxygen crisis.

Pointing out that the hearing must make a difference between today and the next hearing, the Bench asked the Centre how much oxygen will be made available to critical states.

On behalf of the Centre, Solicitor General Tushar Mehta said states have been asked to put forward their expected requirement of oxygen. He also highlighted that logistical issues pose hurdles in the life-saving gas reaching Delhi, which according to Chief Minister Arvind Kejriwal needs 700 MT of oxygen but has been allocated 490 MT so far.

On Justice Chandrachud’s question on whether the Delhi oxygen crisis occurring due to the AAP government’s inability to lift it from other states, Mehta said he had a supplier’s letter confirming that a supplier is ready with 200 MT of oxygen for the National Capital. He informed the Bench that about 10,000 MT oxygen is currently available in India, adding that more tankers are being put to work to transport the gas to Delhi.

The Bench further questioned how Delhi was allotted lesser oxygen it needed when its cases rose 123 percent, adding that the National Capital would report many more deaths by Monday.

“Centre has an important responsibility as far as citizens of Delhi are concerned. You have said surplus is there in the steel sector, then use that and supply to Delhi,” Justice Chandrachud said.

Justice Bhat added that the Centre’s proactive role in procuring tankers is of utmost importance.

During the hearing, former union minister Ashwani Kumar asked why there is still no ban on political and religious gatherings, referring to the recently-concluded eight-phase Assembly elections, panchayat polls and the Kumbh Mela.

The Court, during the previous hearing, asked the Centre to present and apprise it as to whether a national plan can be prepared to handle the COVID-19 pandemic. It noted that at least six different high courts, including the Delhi High Court, have been hearing pleas on the same issues. 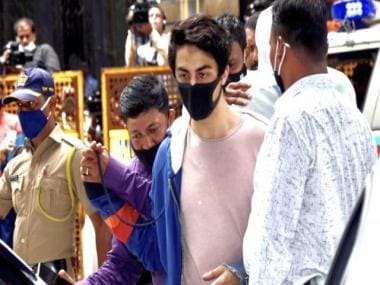