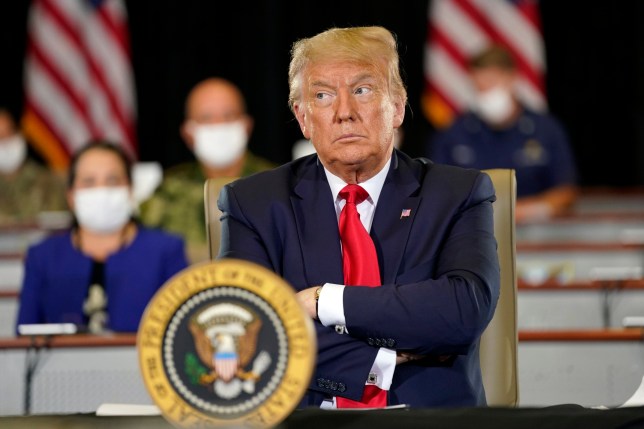 Donald Trump’s fortune shrunk from $3billion to $2.3billion during his time in office thanks to Covid and a series of political controversies (Picture: AP)

Donald Trump’s wealth shrunk from $3billion to $2.3billion during his time in office, thanks to Covid and a series of controversies, it is claimed.

New analysis of the former president’s vast network of business interests says the value of his properties dropped by as much as half thanks mainly to lockdown measures.

Trump resorts and hotels across the US and in Scotland saw their income slump by 42% between 2015 and 2020, to just $90.8 million for the most recent financial year.

The Trump International Hotel in Washington DC is said to be a particular albatross around the ex-president’s neck, after suffering a $26.2 million drop in takings since 2019. Attempts to sell it have so far proven unsuccessful.

His huge Trump National Doral resort in Miami is also struggling, having seen its income tumble $57 million since 2015, with 560 workers laid off or furloughed during Covid.

Trump, who made his name as a property developer, saw the value of his commercial real estate portfolio shrink by a quarter over the last five years, to $1.7 billion. 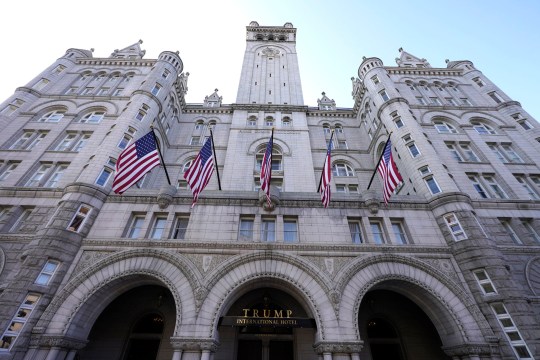 The luxury Trump International Hotel in Washington DC is said to be a money pit, with tanking takings and unsuccessful attempts made to save it (Picture: AP)

Some of his most valuable properties in Manhattan and San Francisco have lain empty since occupants asked staff to work from home.

Ruth Colp-Halber, from Wharton Property Advisers, told Bloomberg: ‘These are the businesses you don’t want to be in right now.’

The president’s flagship building – Trump Tower on New York’s Fifth Avenue – has also been hit, with resident who put their apartments on sale struggling to shift their luxury properties.

Trump’s main residence used to be a three-floor penthouse at the top of the tower, but he now lives at his Florida country club instead. 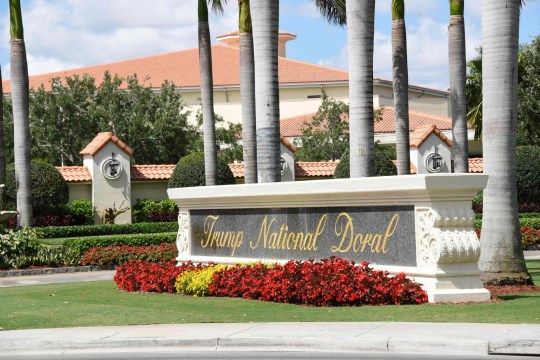 The huge Trump National Doral resort near Miami has also been hit-hard by Covid, and has laid off or furloughed close to 600 workers (Picture: AP)

But both of his Scottish golf courses are losing money, and the Professional Golf Association axed plans to hold its 2022 championship at Trump’s Bedminster course in New Jersey following the deadly US Capitol riots.

Trump was previously able to license his name to a host of products including perfume, mens clothing, pillows and even mortgages.

Those revenue streams have since dried up since his time in office shifted public opinion from him being a figure of fun to the most divisive president in US history.

Trump faces an ongoing criminal probe – although he denies wrongdoing – and frostiness from banks once happy to lend to him.

But financial analysts say he could still stage a spectacular comeback if he decides to launch his own social media network, or return to life as a TV star.

He won 74 million votes in the 2020 presidential election, the second-biggest tally in US history.

Trump has hinted that he may run for office again in 2024, but has yet to firmly commit to doing so.

His political fundraising efforts have raised more than a quarter of a billion dollars since he lost last year’s election, with Trump free to spend much of that money however he wishes.