Donald Trump allegedly asked his top advisers if Ghislaine Maxwell had mentioned him during her arrest for recruiting underage girls to be abused by Jeffrey Epstein.

The book, written by the New York Times’ Maggie Haberman, details how Trump anxiously asked campaign advisors during a July 2020 Oval Office meeting if Maxwell had named him when interrogated about her inner circle.

‘She say anything about me?’ Trump had asked, according to the book, in reference to a New York Post article which said Maxwell would ‘name names.’

In Confidence Man: The Making of Donald Trump and the Breaking of America, Haberman details how the former president was seemingly worried he would become involved in the investigation into Maxwell. 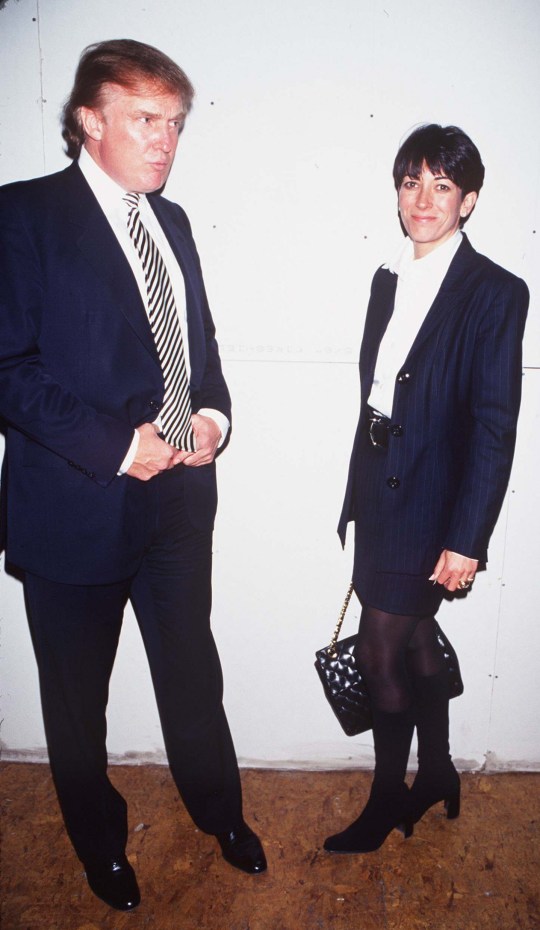 Trump was reportedly panicked about his relationship with Maxwell after a report from the New York Post mentioned she would ‘name names’ (Picture: Getty Images)

Maxwell, 60, was sentenced to 20 years in prison last year after being found guilty of helping Epstein abuse underage girls between 1994 and 2004. Epstein, her former boyfriend and business associate, died by suicide in a Manhattan jail cell while awaiting his own sex abuse trial in 2019.

At no point during her trial did Maxwell mention any of the powerful men she and Epstein once associated with, including Trump.

Despite this, Trump apparently pressed his aides about the matter twice, according to Haberman’s book.

The book makes note of the Post article, which said Maxwell would cooperate with prosecutors in order to save herself.

The Post quoted Epstein associate Steve Hoffenberg, who said: ‘Ghislaine thought she was untouchable – that she’d be protected by the intelligence communities she and Jeffrey helped with information: the Israeli intelligence services, and Les Wexner, who has given millions to Israel; by Prince Andrew, President Clinton and even by President Trump, who was well-known to be an acquaintance of her and Epstein’s.’

According to Haberman, at the time of the article being published, Trump was sitting in the Oval office with his top advisors and asked: ‘You see that article in the Post today that mentioned me?’

The aides didn’t answer, prompting Trump to continue: ‘She (Maxwell) say anything about me?’

Haberman’s highly anticipated book, Confidence Man: The Making of Donald Trump and the Breaking of America, was published in the US on Tuesday.