Locals haven’t exactly been blown away by a £35,000 bronze statue of a dinosaur which is roughly the size of a King Charles spaniel.

The 18.5 inch sculpture, installed on Portsmouth’s Southsea Common this month, is a significantly smaller tribute to a 53ft tall dinosaur that burned down in 2010.

It took three months to make the original structure in a Serbian car factory and had to be transported in six pieces 2,000 miles by ship and lorry to Southsea.

Locals were shocked when the steel and polyester statue, affectionately known as ‘Luna Park’ or the ‘Southsea Dinosaur’ was destroyed in a fire due to an electrical fault.

A campaign was launched last year to raise £10,000 for a smaller replacement, but people may not have expected it to turn out quite so small.

The dinosaur project was created by artists Heather Peak and Ivan Morison as part of the 40th anniversary of the Aspex Portsmouth art gallery.

A breakdown of how the replacement was funding shows that Portsmouth City Council provided £5,000 from a community infrastructure levy, while £5290 was raised from individual pledges. 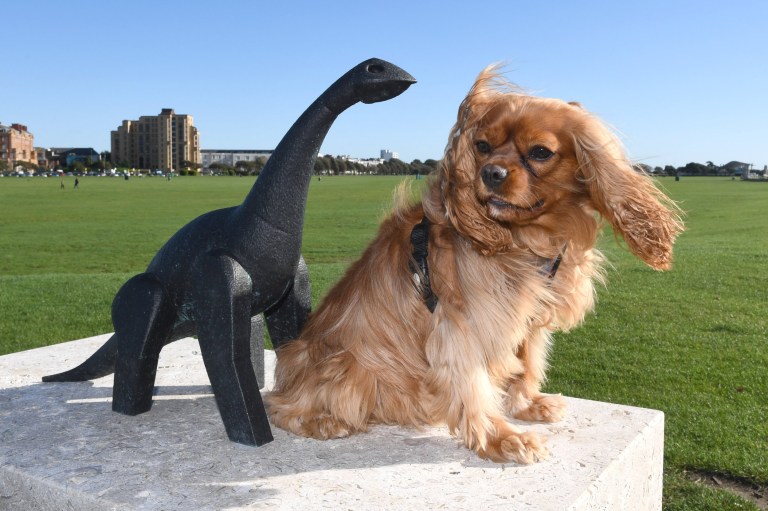 The bronze statue, costing a hefty £35,000, is about the size of a King Charles spaniel (Picture: Paul Jacobs/pictureexclusive.com) 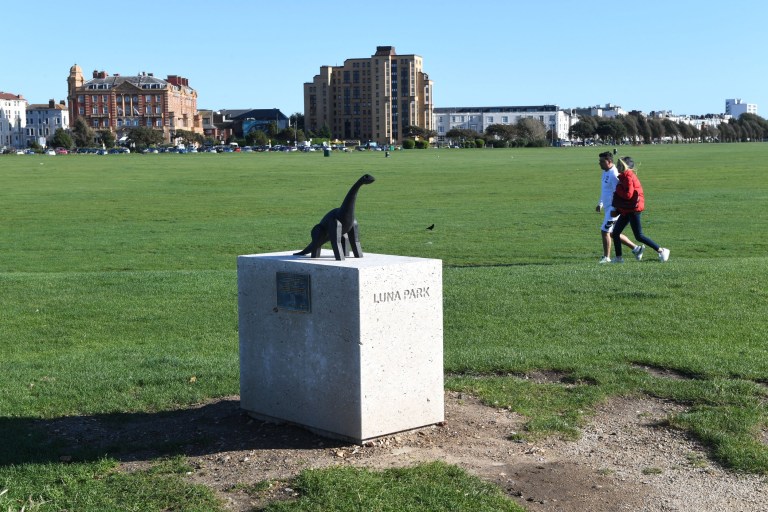 ‘It will be covered in graffiti or urine by the weekend’, said one local (Picture: Paul Jacobs/pictureexclusive.com)

Placed on a plinth, the replacement is located within a direct sightline to the position of the original Luna Park sculpture.

Aspex director Joanne Bushell said: ‘We are thrilled to be able to share this work – over a decade after the original Luna Park was installed on Southsea Common.

‘There is a tremendous spirit of warmth towards the original work and we are overjoyed to be exhibiting it this year as part of our anniversary celebrations.’

But people on social media were not all quite so excited and questioned if it was really worth all that money. 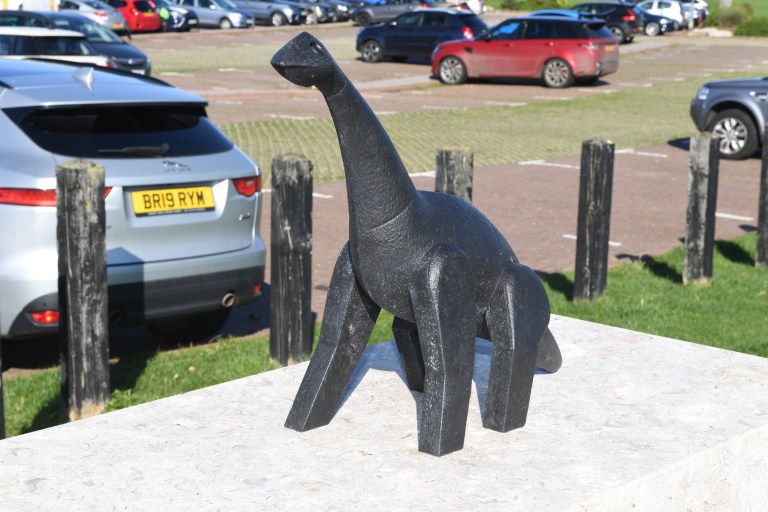 The previous version, destroyed in a fire in 2010, was 53ft tall (Picture: Paul Jacobs/pictureexclusive.com)

‘To spend £35000 as a tribute to a fibreglass dinosaur is madness. How many youth centres would £35000 had supported. Unbelievable.’

Louise Wootton called the structure ‘pathetic’, while Chris Evans wrote: ‘What a waste of money. It will be covered in graffiti or urine by the weekend’

Jo Larder added: ‘That would be great if we were all Borrowers. Seems there was an error with their measurements.’

Chris Treleaven wrote: ‘A statue for a fake dinosaur that caught fire due to an electrical fault 11 years ago? Is it me, or has the world gone mad?’