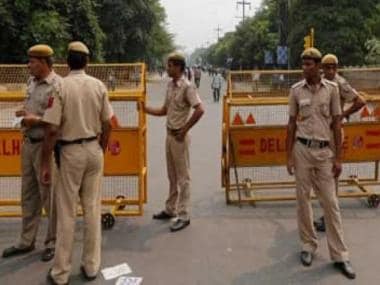 New Delhi: In a case related to alleged use of forged documents as genuine in judicial records in a northeast Delhi riots case, police on Thursday searched the premises of two members of the bar, including advocate Mehmood Pracha, officials said.

The search was conducted by the Delhi Police Special Cell after getting permission from court.

During the course of a bail matter regarding an accused of the northeast Delhi riots, use of a forged notary stamp and creation of allegedly false or manipulated evidence at the hands of certain members of the bar was noticed, police said.

The special court had observed that the same required thorough investigation. Pursuant to this, a criminal case under appropriate sections of law was registered and investigation taken up, a senior police officer said.

During investigation, search warrants to look for electronic material and other evidence from the premises of two members of the bar were obtained from the court and the same are being executed in a professional manner at one location in Nizamuddin and another at Yamuna Vihar, police further said.

A video which is going viral on social media shows police in Pracha’s office at Nizamuddin saying that they will seize Pracha’s desktop computer. The search operation is still underway at his place.

The court had earlier asked the police to investigate the matter after they alleged that affidavits submitted in the case related to the communal violence in Dayalpur area of the city in February this year, were attested by a counsel who had expired in 2017.

The Commissioner of Delhi Police had informed the court that an FIR lodged against unknown persons was registered under sections 182 (false information, with intent to cause public servant to use his lawful power to the injury of another person), 193 (false evidence), 420 (cheating), 464 (false document), 466 (forgery of record of Court), 471 (using as genuine forged document), 472 (counterfeit seal) and 120B (criminal conspiracy) of the Indian Penal Code.

Communal clashes had broken out in northeast Delhi on February 24 after violence between supporters of the citizenship law and those protesting against the legislation spiralled out of control leaving at least 53 people dead and around 200 injured.