DEBENHAMS has launched a huge 80% off sale as it confirms all of its stores will permanently close next week.

The 49 branches that remain open will close on either May 12 or May 15, depending on stock levels. 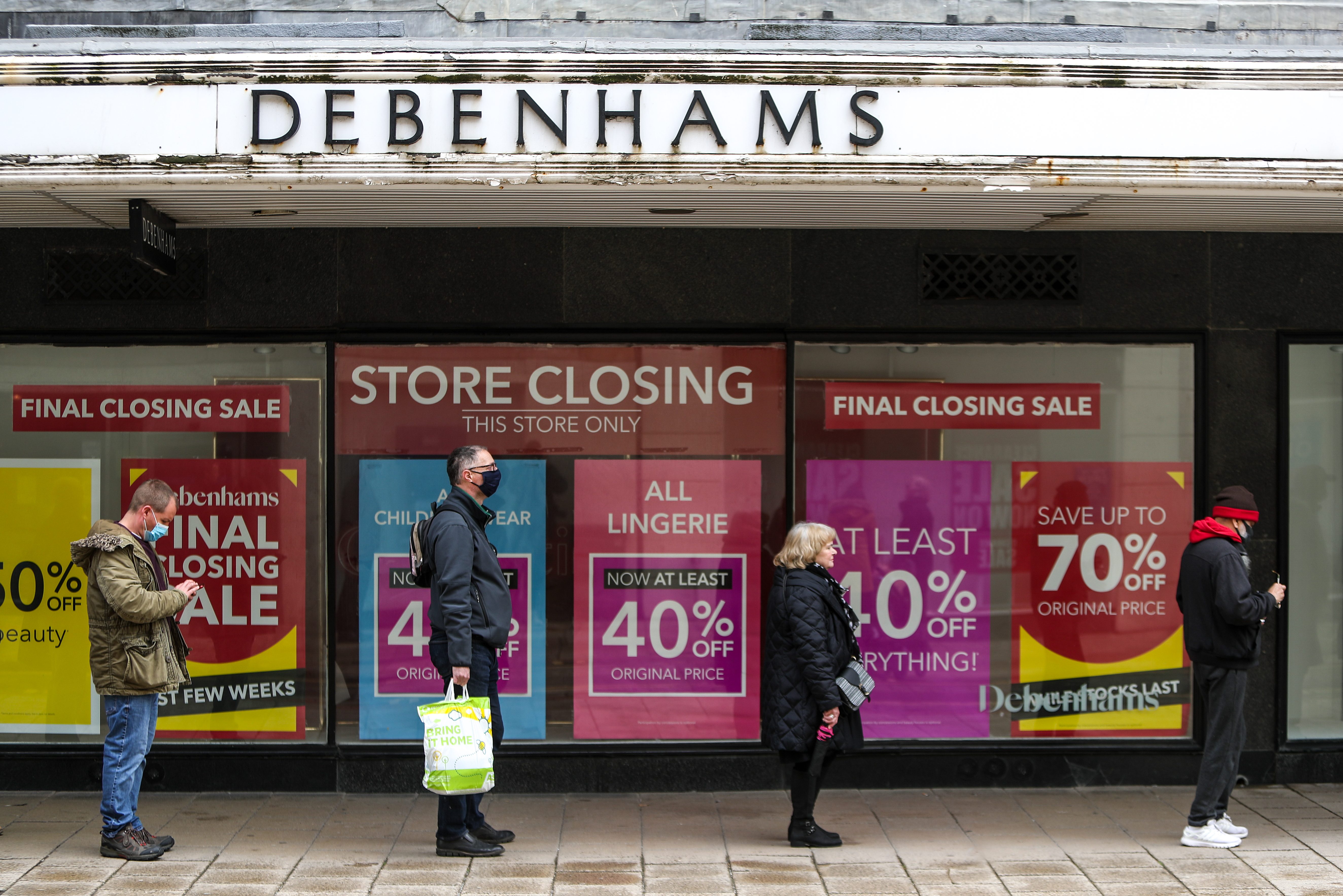 Debenhams has confirmed all stores will close next weekCredit: PA

Shoppers will be able to bag bargains in all branches, with up to 80% off all fashion and homeware, and up to 70% off beauty and fragrance.

Deals will only be available while stocks last though so you won’t want to hang around or you risk missing out.

The department store reopened 97 of its stores on April 12 as lockdown restrictions were eased.

But the struggling retailer has only welcomed back customers in a bid to shift stock before closing branches permanently.

DEBENHAMS has confirmed when 27 of its stores will be closing for good.

Closing dates for the remaining branches are yet to be confirmed, but all shops will be shut down permanently by May 15.

Stores closing by May 15:

The department store has already closed 59 of its shops since then, with the first 16 branches shutting down on May 2.

The 242-year-old retailer did not reopen its 15 branches in Scotland either after coronavirus restrictions in the country were eased earlier this month.

A spokesperson for Debenhams said: “Over the next 10 days, Debenhams will close its doors on the high street for the final time in its 242 year history.

“Our sincere thanks go out to all of our colleagues and customers who have joined us on this journey.

“We hope to see you all one last time in stores before we say a final goodbye to the UK high street.”

The high street chain was bought by Boohoo in January this year in a £55million deal that only included the retailer’s name and website.

The 118 physical Debenhams stores, and their 12,000 employees, were not part of the deal putting thousands of jobs at risk.

All stores were forced to temporarily close when the UK was plunged into a third lockdown in January.

Stores that are open for clearance sales have Covid-secure measures in place to keep staff and customers safe while they shop.

This includes social distancing measures and extra hand sanitiser stations to help stop the spread of the coronavirus.

Savvy shoppers are already showing off their Debenhams closing down sale hauls, including one who bagged £118 worth of jumpsuits for £4.