The telly star was bravely lifted high into the air as the couple prepared for Sunday’s show without their skates on. 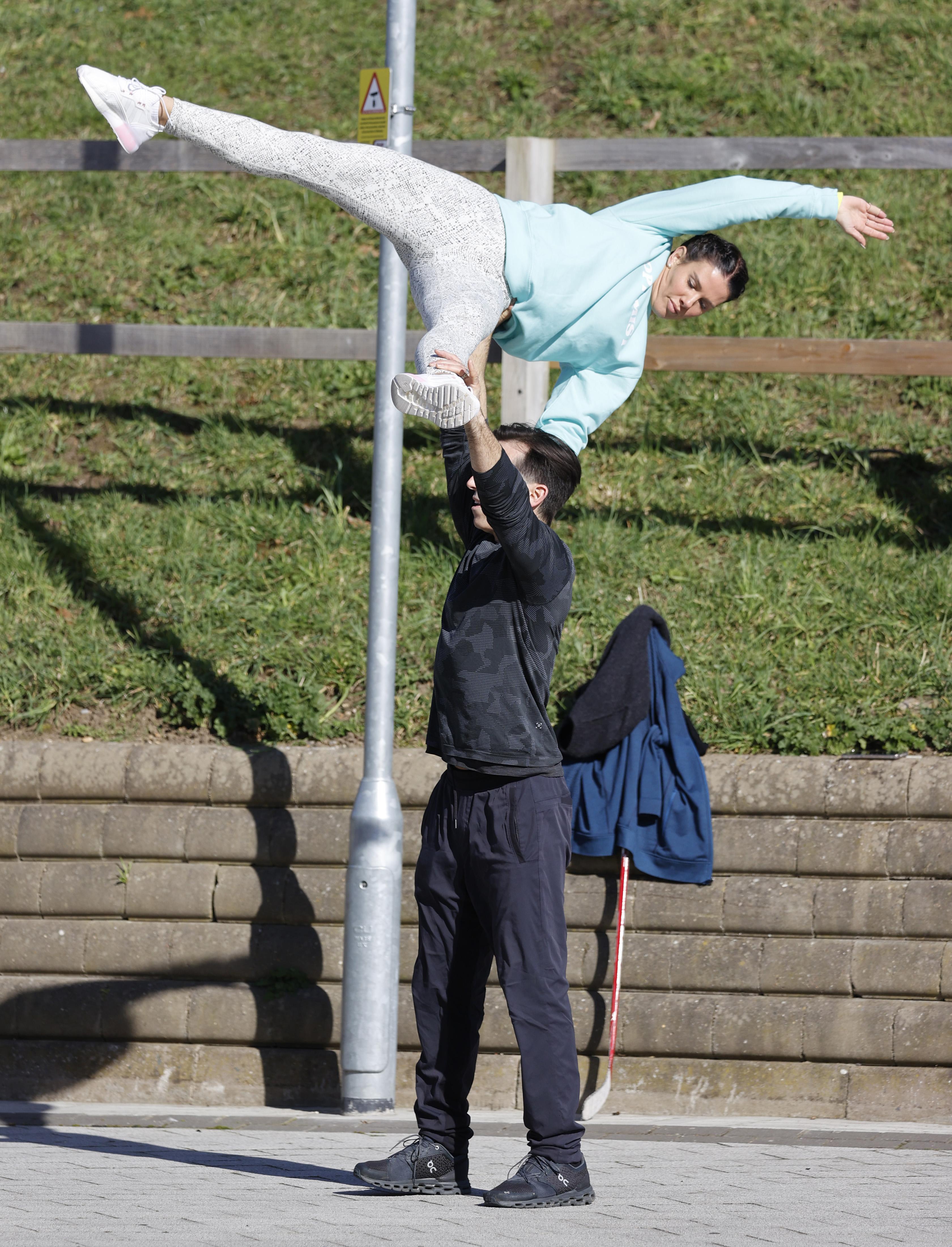 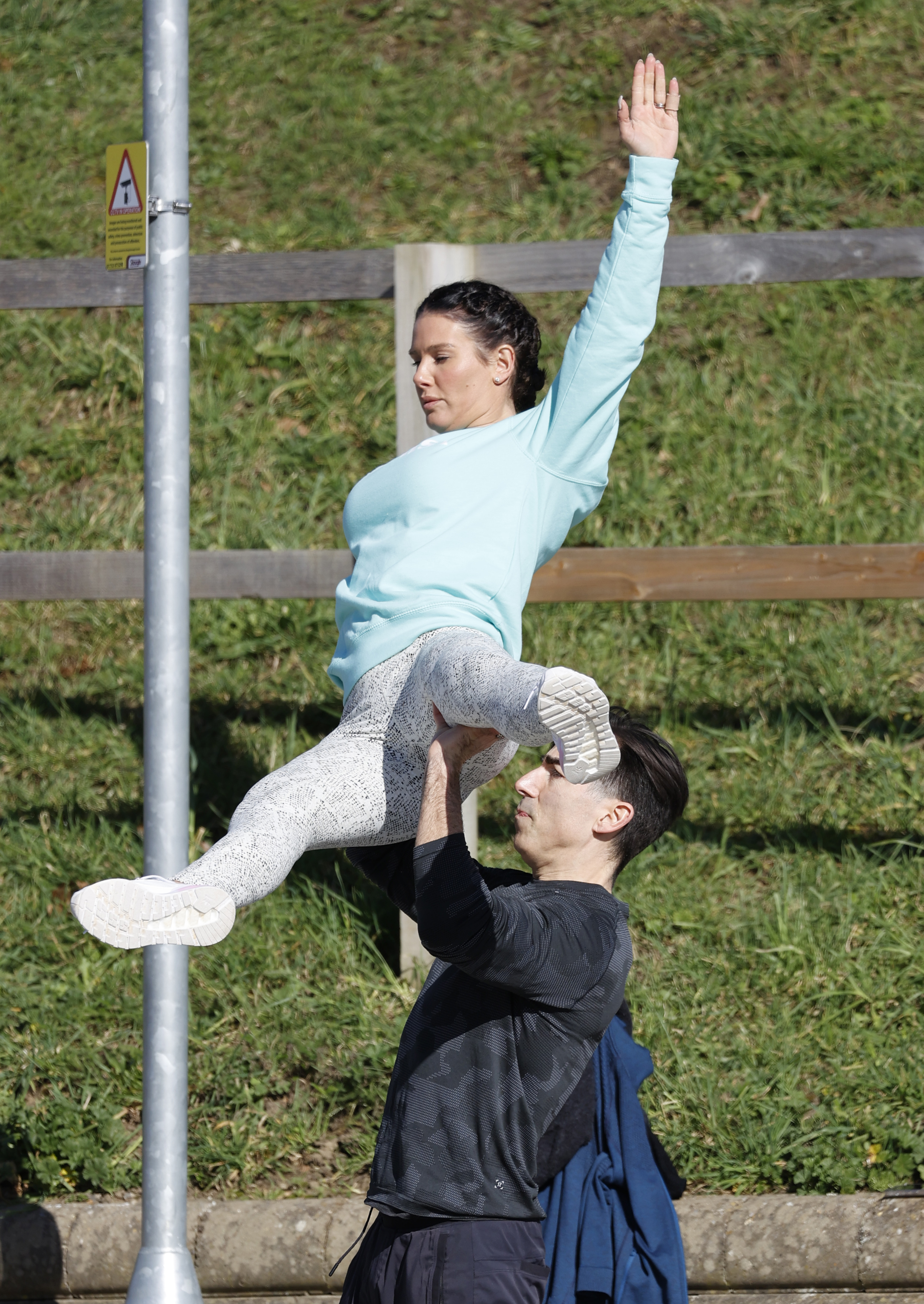 It remains to be seen if they can do it with their skates onCredit: RP/CLICK NEWS AND MEDIA

Becky made elegant shapes with her arms and legs as Andy held her above his head.

She wore a turquoise jumper and grey leggings while performing the manoeuvre.

Yesterday Becky revealed she will attempt the dangerous head banger move for a second week running.

She and Andy, 43, are determined to thrill viewers once more when they take to the ice in Sunday’s movie week special. 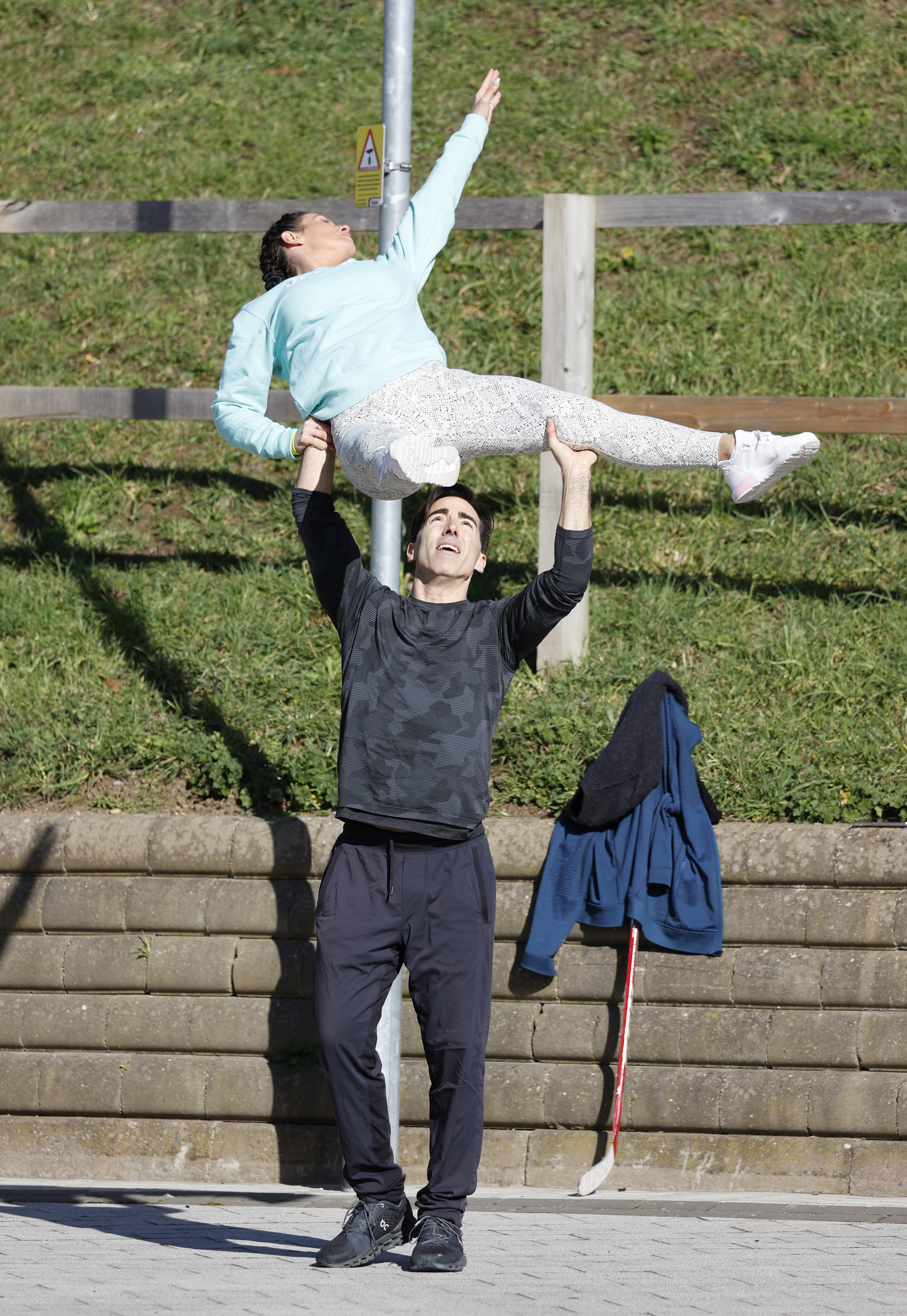 Andy Buchanan held her above his headCredit: RP/CLICK NEWS AND MEDIA 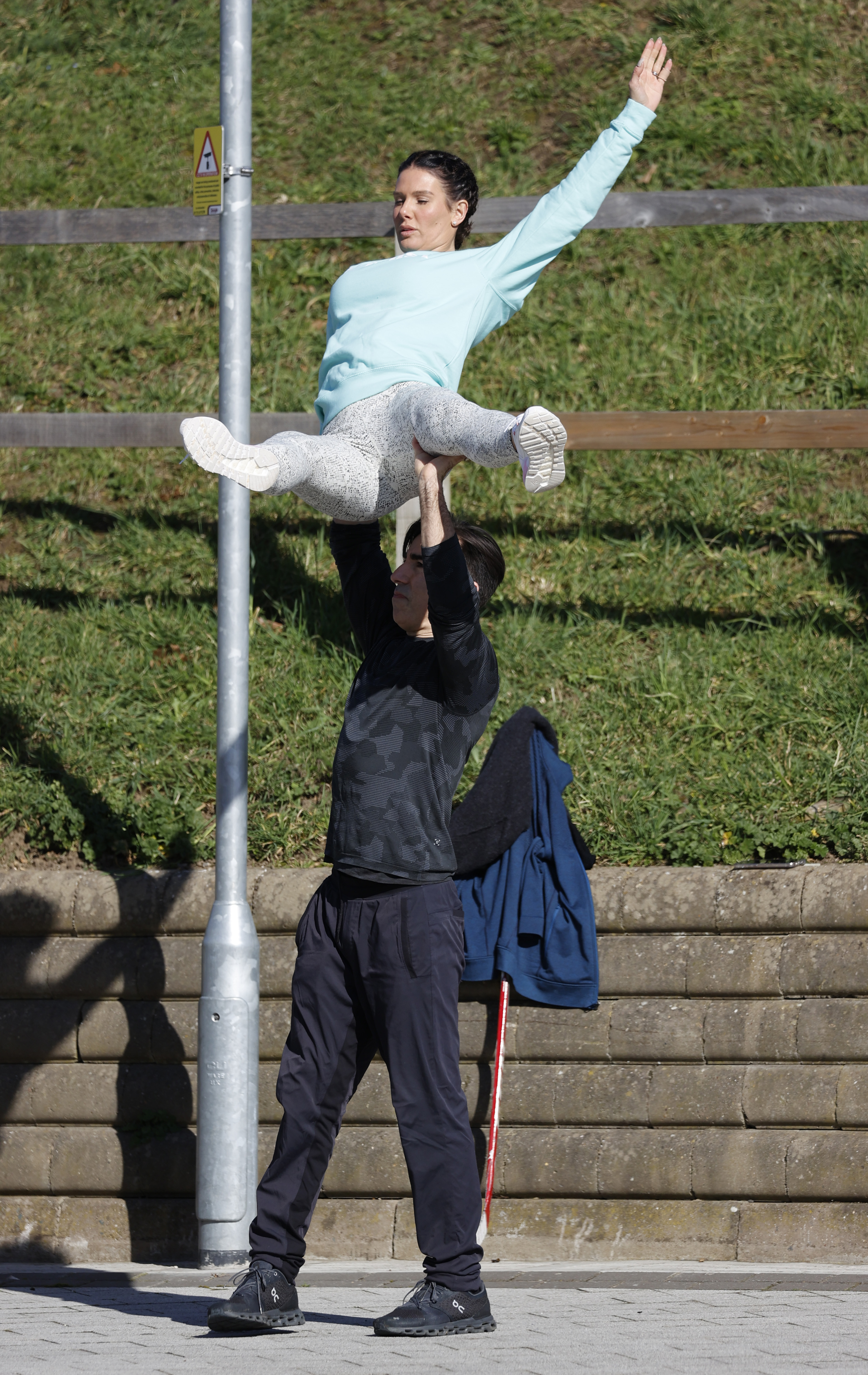 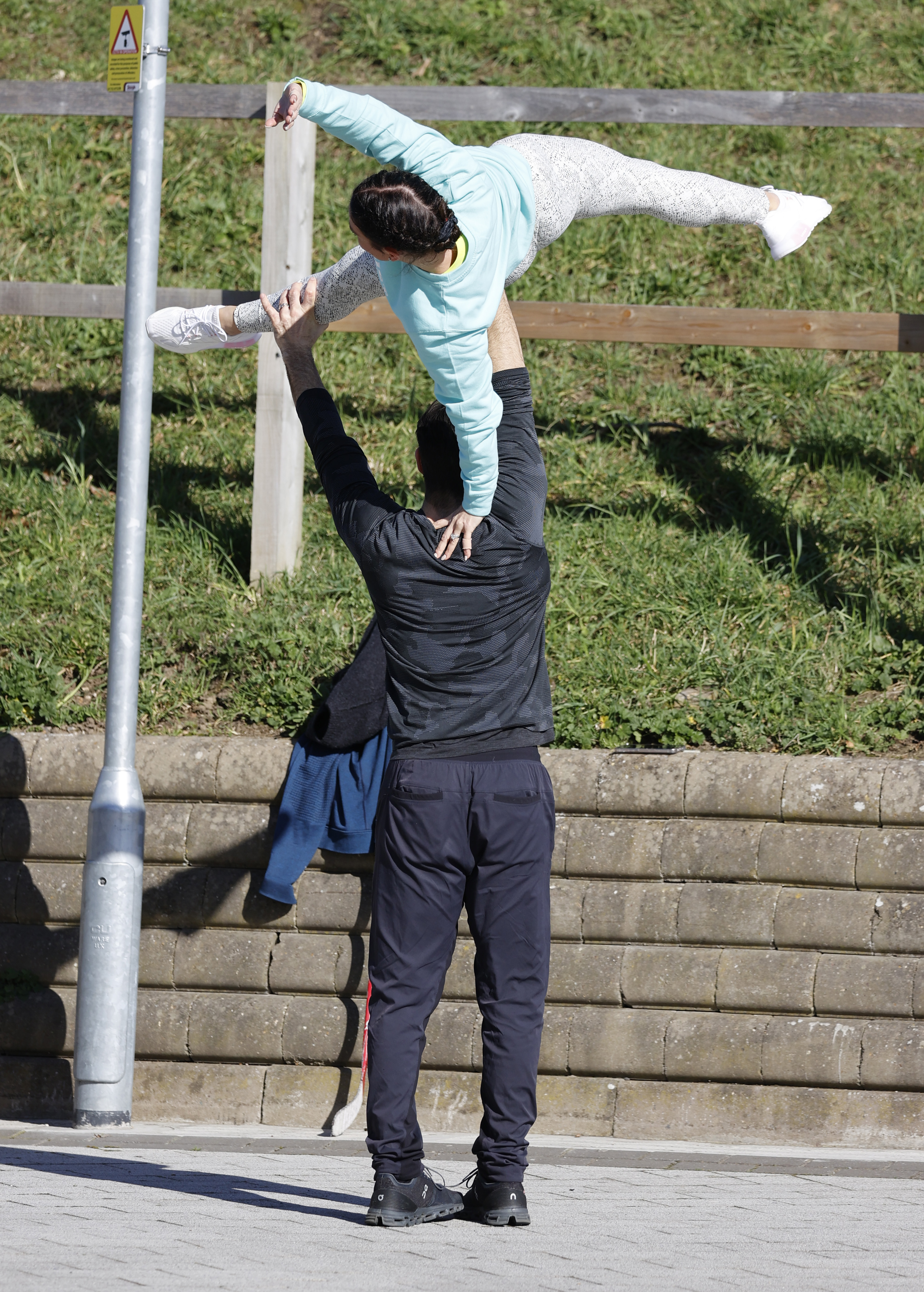 There was a long drop to the paving belowCredit: RP/CLICK NEWS AND MEDIA 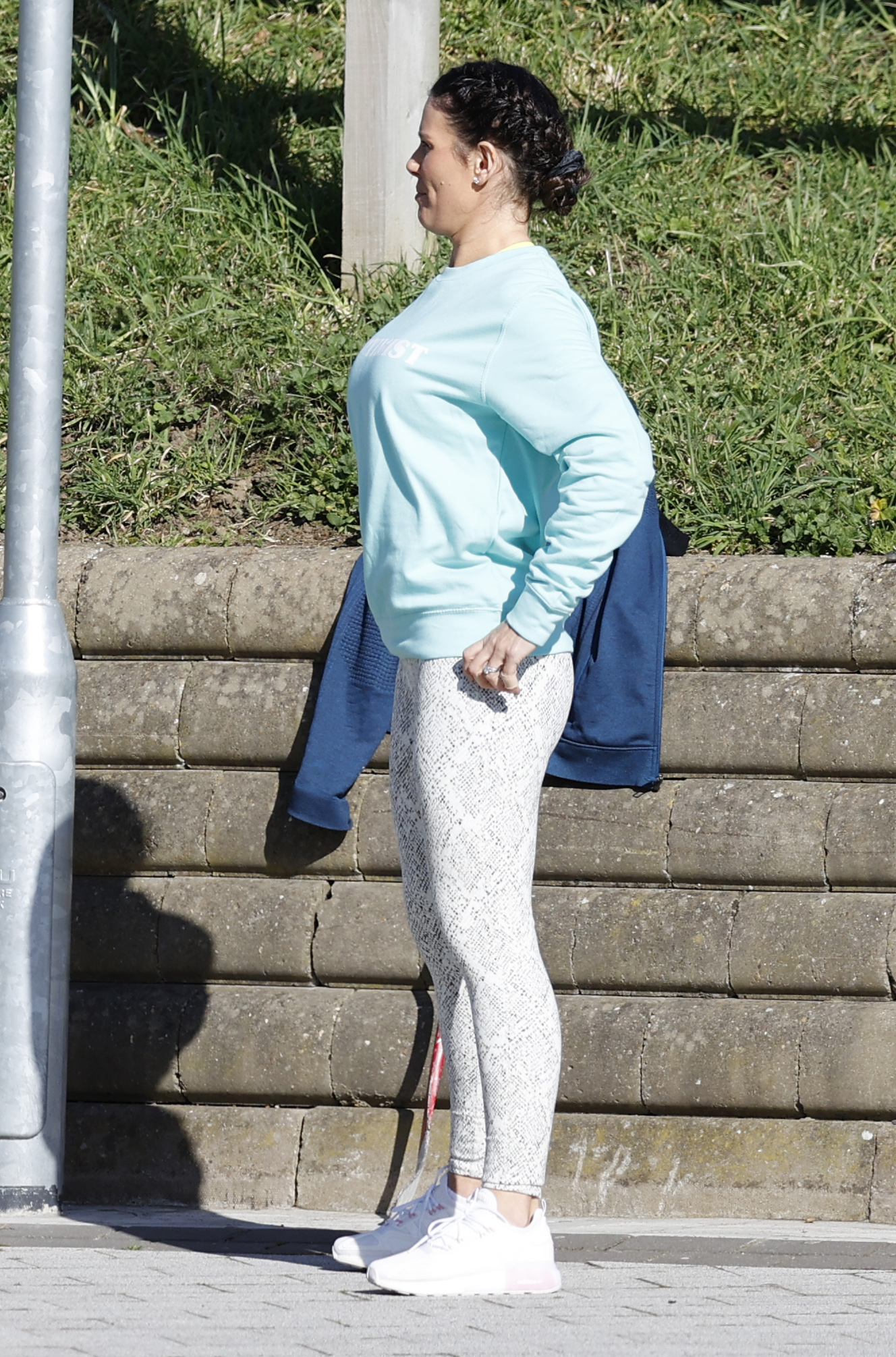 Becky practised in a turquoise jumperCredit: RP/CLICK NEWS AND MEDIA 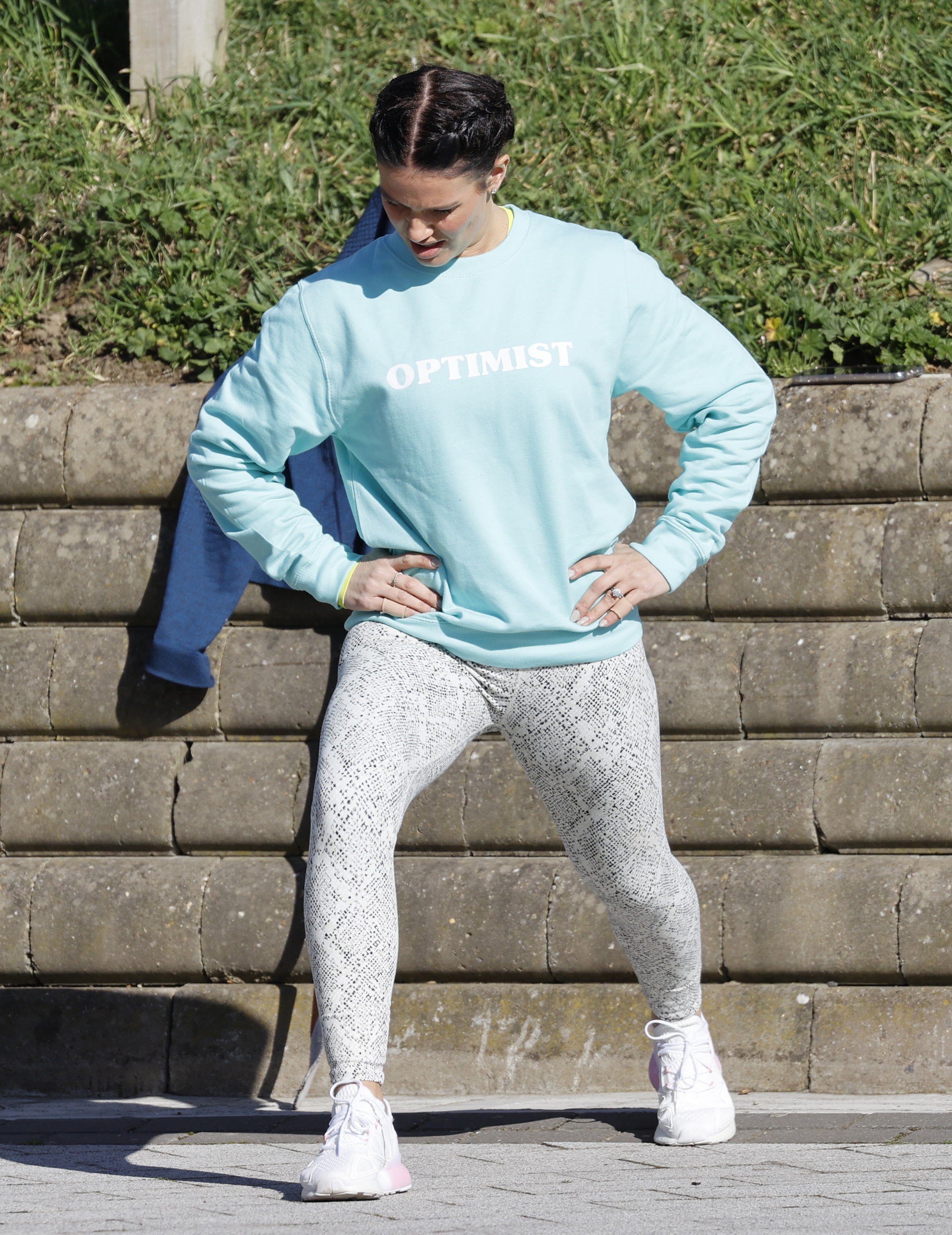 She stretched her legs to keep suppleCredit: RP/CLICK NEWS AND MEDIA

The terrifying stunt caused Myleene Klass to black out this series but Rebekah, 39, nailed it during her last skate when she wowed fans in a Friends inspired routine.

Speaking on This Morning the WAG revealed she had been practising the move, where the skater is lowered and raised until their head is perilously close to the ice.

Asked how she plucked up the courage to take on such a risky move, Rebekah told Alison Hammond and Dermot O’Leary: “I loved it.

“I’m an adrenaline junkie and Andy just said, ‘how do you feel about doing it’? I jumped at it. 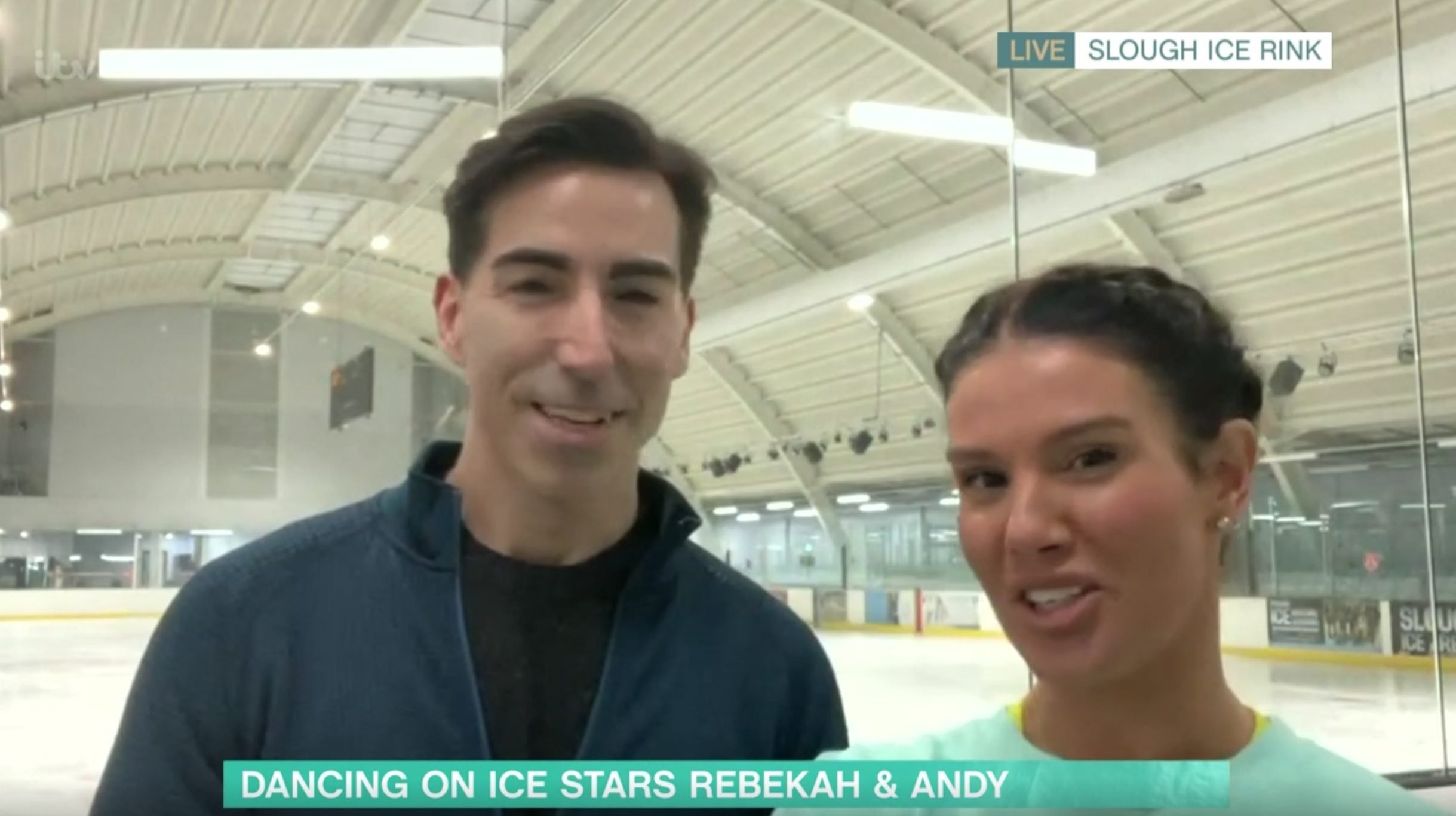 Becky has been practising the headbanger 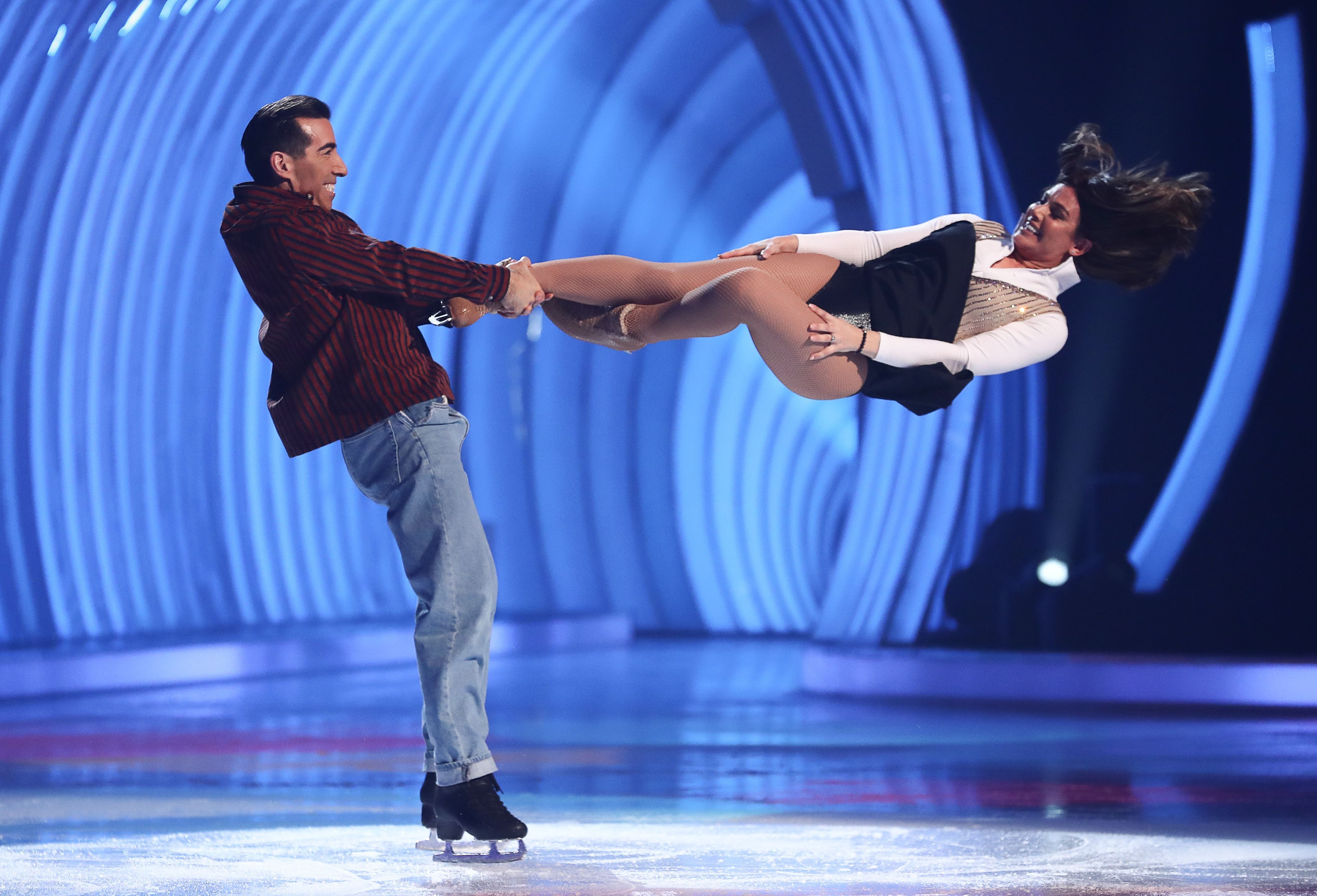 She described herself as an ‘adrenaline junkie’

“It was amazing and I want to do it again. We’re going to be practising it today.”

To manoeuvre into the headbanger, pro skater Andy previously said: “Becky stands on one foot and has to keep her balance. She’s fearless.”

Rebekah, who survived the jungle on I’m A Celebrity in 2017, previously told The Sun on Sunday: “It’s petrifying.

“But I’m an adrenaline junkie and I trust Andy completely.

“I know he would never let ­anything bad happen to me. It’s given me a vote of confidence to be able to do those things.

Rebekah is set to transform into Audrey Hepburn’s Holly Golightly for a Breakfast At Tiffany’s inspired dance on Sunday.

She confessed she hadn’t seen the film, and had to swot up.

She added: “We’ve got something planned that I’ve never watched.

“It’s a film from the 60s. Breakfast At Tiffany’s. It’s beautiful and I’ve fallen in love with it but I hadn’t watched the film before.”

The star also credited the show with raising her spirits and said: “It’s taught me how to just enjoy the moment.”