The Left parties also demanded that the Centre accede to the protesting farmers’ demands, saying that they ‘aim to safeguard Indian agriculture, food security, and remunerative returns’ 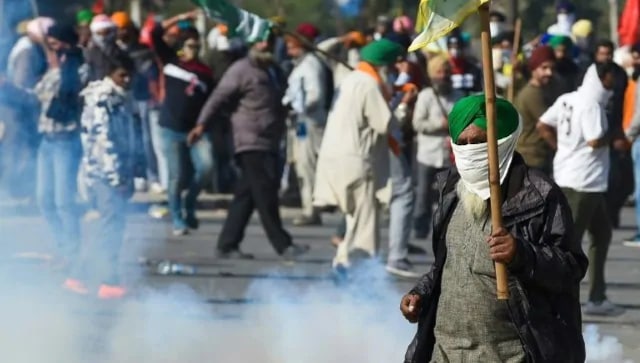 New Delhi: The Left parties on Monday called upon their state units to coordinate and organise protests in support for the farmers agitating against the three farm laws.

In a joint statement, five Left parties — the CPM, CPI, RSP, AIFB and CPI(ML) — extended their complete support to and solidarity with the protests by the farmers.

“Lakhs have converged around Delhi demanding the withdrawal of the agri laws, passed in parliament in a brazen anti-democratic manner, and the Electricity (Amendment) Bill,” it stated.

Braving intense repression and in the midst of severe cold wave conditions, lakhs of farmers have reached Delhi. However, they are not being permitted to come to Parliament, as announced earlier, to present their demands, it stated.

“The Left parties call upon all their units in the country to coordinate and organise joint solidarity protest actions in multifarious forms appropriate to the concrete local situation. The calls given by the kisan organisations, agricultural labour organisations and trade unions must be supported,” the statement said.

The Left parties demanded that the Centre accede to the demands of the protesting farmers for safeguarding Indian agriculture, food security, remunerative returns to the farmers, prevent artificial food shortages and rise in prices of essential commodities.

The statement comes a day after the Left parties along with three other Opposition parties issued a joint statement in support of the farmers and condemning the action against them as they tried to enter Delhi.

Union Home Minister Amit Shah had appealed to the farmers to shift to the Burari ground in the national capital and had said the Centre was ready to hold discussions with them as soon as they move to the designated place.

Rejecting the Centre’s offer, the farmers said they will not accept any conditional dialogue.

Farmers protesting against the Centre’s three farm laws have expressed apprehension that the laws would pave the way for the dismantling of the minimum support price system, leaving them at the “mercy” of big corporates.

The government, however, says the new laws give farmers options to get higher prices for their crops and the MSP regime will continue.