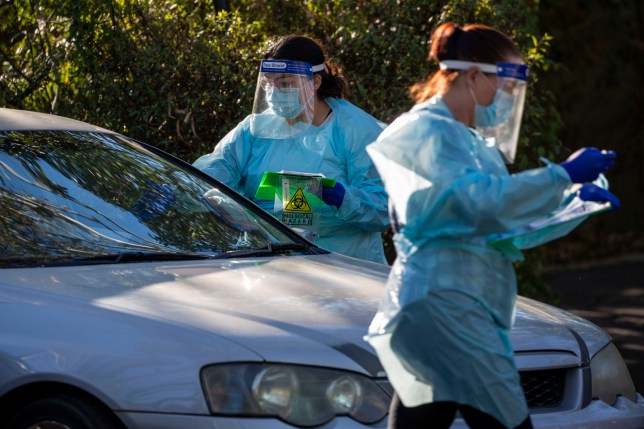 Health officials said the strain is ‘not a lineage of concern’ (Picture: Getty)

A new Covid-19 strain has been discovered in travellers arriving into Australia from Papua New Guinea, health officials have said.

The newly-identified B.1.466.2 strain has been detected in 64 travellers arriving into Queensland who are all in quarantine hotels.

Queensland Health confirmed all had arrived or transited through PNG, which is currently grappling with high Covid infection rates and low testing.

A spokeswoman has now confirmed that the strain, first detected in the Pacific nation, has been detected in cases found in Queensland since January 1.

However, she confirmed that the variant is not of ‘concern’ and is understood to be less infectious than the UK or South African strains.

‘The Covid-19 pandemic is a rapidly-evolving situation and as the pandemic is ongoing, we have continued to see new variants emerge, such as the UK and South African variants,’ Queensland Health said.

‘Currently the variant most commonly detected in travellers from Papua New Guinea is the B.1.466.2 lineage, which is not a lineage of concern. 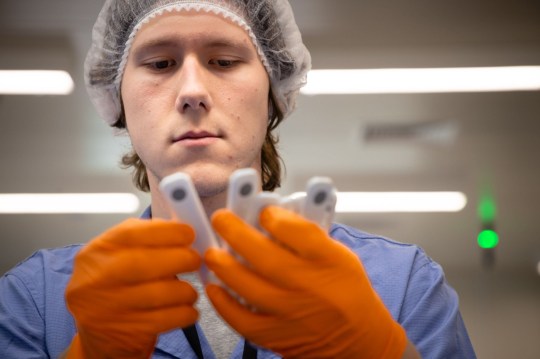 The strain linked back to cases from the start of the year (Picture: AFP)

‘This is the new name for the specific B.1 strain mentioned as circulating in PNG.’

Officials said the new strain makes up more than 60% of cases in the state. Of the 67 active cases in Queensland, 42 are from PNG.

Queensland Chief Health Officer Dr Jeannette Young said it was critical that all who have symptoms get tested.

‘We are concerned by the new variants that are emerging overseas that are more contagious than previous variants we have seen in Queensland,’ Dr Young said.

‘It’s also possible that this detection relates to previous Covid-19 cases that can shed viral fragments for a couple of months after they are no longer infectious.’

The update comes after PNG recorded 351 new Covid-19 cases and two deaths on Wednesday – its biggest daily increase since the start of the pandemic.

Officials are considering sending further vaccines to PNG after delivering an initial 8,480 doses of the AstraZeneca jab.

Department of Foreign Affairs and Trade secretary Frances Adamson said: ‘The possibility of some of Australia’s domestically produced stocks being able to be used for this purpose is certainly something that is live but yet formally to be decided by government.’