Already, the state has imposed a week-long lockdown in the entire Amravati division, which includes Akola, Washin, Yavatmal, Buldhana and Amaravati districts, following a surge in COVID-19 cases

Amid a surge in COVID-19

cases in Maharashtra, Nagpur and Aurangabad on Tuesday began imposing fresh restrictions on the movement of people.

While Nagpur district has decided to clamp down on social, political, cultural events while keeping schools, colleges, and coaching classes shut till 7 March, Aurangabad city has imposed a night curfew till 8 March.

“The pandemic is raising its head in the state again, but whether this is a second wave will be known in eight to 15 days,” Thackeray had said on Sunday announcing that religious, social, and political gatherings will be prohibited in the state from Monday (22 February).

There has been a surge in cases in some districts of Maharashtra recently. However, the state had on Monday seen a slight dip in cases after logging over 6,000 cases for three days in a row. According to an official statement from the health department, with 5,210 fresh infections, Maharashtra’s COVID-19

On the other hand, 5,035 patients recovered on Monday, taking the number of persons discharged from hospitals till now to 19,99,982.

According to reports, the state has imposed a one-week lockdown in the Amravati division (till 1 March) while night curbs have been placed in Pune.

According to a report in The Hindustan Times, the state has clamped down on movement on people in Mumbai, Nagpur, Pimpri Chinchwad, Nashik, Aurangabad, Thane, Navi Mumbai, Kalyan-Dombivli, Akola, Yavatmal, Washim and Buldhana. Here is what these restrictions entail:

In Nagpur, strict curbs have been introduced, including prohibiting social, political, cultural events and keeping schools, colleges and coaching classes shut from Tuesday (today, 23 February) till 7 March. The restrictions were announced by Maharashtra minister Nitin Raut on Monday in view of the recent rise in cases in the district.

Speaking to reporters after chairing a review meeting, the district guardian minister said major markets will also not open on Saturdays and Sundays from Tuesday till 7 March.

Marriage halls will be non-operational from 25 February to 7 March, he added. The district administration has been directed to ramp up COVID-19

testing to tackle the surge in COVID cases.

According to a report by the Times of India, restaurants will be allowed to operate with 50 percent capacity till 9 pm, two hours lesser than was allowed earlier. The minister clarified that there would not be a full lockdown and also claimed that no new coronavirus

mutation had been found in the district.

Schools, colleges, and private coaching classes in Pune district will remain closed till 28 February, while hotels and restaurants will have to close down by 11 pm from Monday, divisional commissioner Saurabh Rao said on Sunday.

Rao said for the last three months, the situation in the district was under control. But, now in view of the rise in coronavirus

cases, some decisions have been taken.

Restrictions on the movement of people for non-essential activities between 11 pm and 6 am were also imposed from Monday. Rao had said that essential activities like newspaper distribution, milk and vegetable supply, and hospital emergencies have been excluded from the curbs.

“However, establishments like study centres where preparations for civil services examinations are conducted will operate with 50 percent capacity,” the official had said.

Rao said that a decision has been taken to implement the cap of 200 people at weddings in “letter and spirit” as violations were seen. According to a Times of India report, no wedding ceremony, political or social event would be allowed without obtaining a no-objection certificate from the police.

There is no restriction on inter-district movement, but the administration expects people to follow “COVID- appropriate behaviour” while travelling, Rao said.

Rao also announced that micro-containment zones will be created in all the hotspots. He said a decision has also been taken to activate COVID-19

care centres at the tehsil level in rural areas and said that testing also needs to be increased.

The official informed that a review will be carried out on Friday and the next strategy will be decided accordingly.

On Monday, Pune city reported a rise of 336 cases.

Addressing a press briefing on Sunday, Maharashtra minister Yashomati Thakur Sunday announced a one-week lockdown in Amaravati and Achalpur cities and restrictions in other parts of the district as well from 22 February, reported the Times of India.

As per the report, restrictions will be applicable in four other districts in the Amaravati division as well.

The Akola circle — which covers Amaravati, Yavatmal, Buldhana and Washim districts, besides Akola — which has witnessed an upsurge in cases of late, recorded 1,154 new infections on Monday. 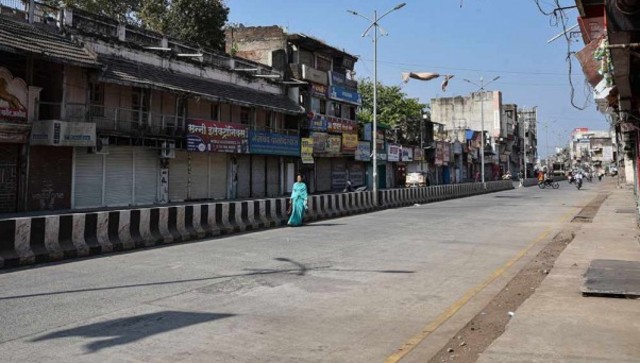 Amaravati Divisional Commissioner Piyush Singh told The Indian Express that the municipal areas of Amaravati and Achalpur cities in Amaravati district, Akola, Akot, and Murtizapur in Akola district, and Buldana and Chikhli in Buldana district have been declared containment zones and will be under lockdown from 5 am on 23 February to 5 am on 1 March.

“…during the lockdown period, all shops, except those selling medicine, grocery, milk, and vegetables, will remain closed. These shops will be allowed to operate only between 9 am and 5 pm. Public or private programmes, except marriages, will not be allowed,” the Indian Express quotes Singh as saying.

A cap of 25 persons will be imposed on weddings and this will also apply to the parts of the district outside the municipal limits of the containment zone, said the report.

Singh told the newspaper that public transportation will also remain shut between 5 am on 23 February and 5 am on 1 March, and private vehicles have been allowed only for unavoidable journeys. Restaurants inside and outside the containment zones will remain prohibited but home delivery will be allowed

Though Mumbai witnessed a drop in daily cases for the second consecutive day on Tuesday, reporting 643 fresh cases, the city was among the first to announce restrictions and fines on those violating COVID-19

“Dear Mumbaikars, Mumbai Police is now authorised to issue challans to offenders not wearing a mask too. Every time we fined you for not wearing a helmet or seatbelt it was always to remind you of the value of your life & safety. Same for masks. Please take care. You matter to us,” the metropolis’ police said in a tweet on Monday.

The BMC on Sunday said that if COVID norms are not practised at social gatherings, due action will be taken against the attendees, organisers, and management.

If COVID norms are not practised at social gatherings, due action will be taken against the attendees, organisers and management.

Let’s not put down our guards, Mumbai – let’s beat the virus before we start the party!#MissionZero #NaToCorona pic.twitter.com/iEbGbBY9HC

An official said that the Brihanmumbai Municipal Corporation had collected Rs 31.79 crore between March last year and 19 February this year from 15.71 lakh people who were caught without face masks in public spaces.

cases over the past few days, night curfew was imposed in Aurangabad city between 11 pm and 6 am till 8 March, Police Commissioner Nikhil Gupta said on Tuesday.

Gupta told reporters that the decision was taken after district, civic and police officials held a meeting during the day and pointed out the lack of adherence to COVID-19

cases is being observed in the city, and the administration has noticed that a lot of people are not complying with outbreak protocols like wearings masks, maintaining social distancing etc. So the decision was taken to impose night curfew from tonight,” Gupta said.

The police official added that the industrial sector, medical and emergency services, public transport, etc are exempt from the night curfew.

The caseload in Aurangabad district is inching towards the 50,000 mark with 132 cases recorded on Monday and 201 on Sunday.

Meanwhile, the Nanded district administration set up two antigen testing posts along the border with Yavatmal in view of rising COVID-19

cases there, officials said on Monday.

Nanded collector Vipin Itankar said the test centres in Hadgaon and Mahur will ensure the rising cases in Yavatmal does not impact his district. He said the move is an experimental one for eight days and each post will have health, revenue and police personnel.