Vij was moved to Rohtak after he complained of discomfort. He had received one shot of the two-dose COVID-19 vaccine ‘Covaxin’ but on 5 December tested positive for COVID-19 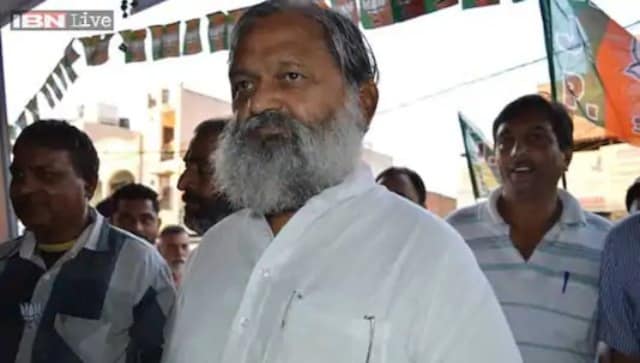 recently, has been shifted to the PGIMS hospital at Rohtak from the civil hospital here after he complained of discomfort, doctors said on Sunday.

Doctors said the minister was shifted on Saturday night. Ambala’s civil surgeon Dr Kuldeep Singh said a team of doctors at the Rohtak hospital was monitoring his condition.

Vij, who had last month got one shot of the two-dose trial of the COVID-19

vaccine Covaxin after he offered to be a volunteer, had on 5 December tested positive for the coronavirus

The 67-year-old BJP leader had offered to be the first volunteer in the phase three trials for Covaxin, an indigenous potential vaccine being developed by Bharat Biotech against COVID-19

He was administered the dose on 20 November at the Civil Hospital in Ambala Cantonment, about 50 kilometres from Chandigarh.

Bharat Biotech had said that clinical trials of the vaccine are based on a two-dose schedule, given 28 days apart. The vaccine efficacy will be determined two weeks after the second dose, it said.

COVAXIN has been designed to be protective two weeks after volunteers receive the 2nd dose.

vaccine and that Vij was given only the first dose a fortnight before he tested positive.

“The antibodies against the infection build up in a human being only after a specific number of days pass after the second dose of the vaccine is taken. This is a two-dose vaccine. The minister in question has taken only one dose of the vaccine,” the ministry had said in a statement..
Vij had earlier said he had gone to Panipat a few days ago where he spent 2-3 hours with a BJP leader, who too had tested positive for COVID-19

U.S. Coronavirus Cases Are Falling, but Variants Could Erase Progress