VITÓRIA, Brazil—Taíssa Souza, an advertising manager, wasn’t due to give birth until April. But in February she fell so ill with Covid-19 that she struggled to breathe, forcing doctors to deliver her baby son who was pressing up against her disease-ridden lungs.

It was too late. Ms. Souza, an otherwise healthy 30-year-old, died three weeks after the caesarean section. She didn’t get to hold her newborn, who was whisked away for fear she would infect him, or say goodbye to her 4-year-old son.

“She was so young, I can’t make sense of it,” said her husband, Victor Silva, a military police officer from this hard-hit coastal city. “Our sons will have to grow up without the affection and protection of a mother.”

Victor Silva, seen in his apartment in Vitória on May 17, lost his wife after she gave birth to the couple’s second child. 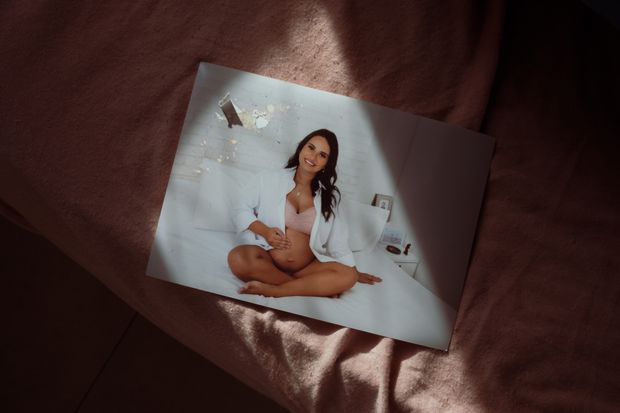 A photograph of Taíssa Souza, wife of Victor Silva, who had been healthy before contracting Covid-19.

More than a hundred pregnant women are dying from Covid-19 every month in Brazil, more than twice the rate last year, according to government figures—a tragedy researchers largely blame on the P.1 variant of the virus that first emerged in the Amazon and overwhelmed hospitals. In total, more than 800 expectant and postpartum mothers in Brazil have died from the disease since the pandemic began.

At least a thousand pregnant women have died from complications related to Covid-19 in the Americas, according to an estimate from the Pan American Health Organization (PAHO) Tuesday, based on data from 24 countries. Pregnant women in Brazil face the highest risk of dying from the disease in the region, it said.

“Pregnancy and newborn care have been disrupted in nearly half of the countries in the Americas, leaving expectant and new mothers at risk,” said PAHO Director

at a news briefing, warning the pandemic could erase more than two decades of progress in tackling maternal deaths in the region. 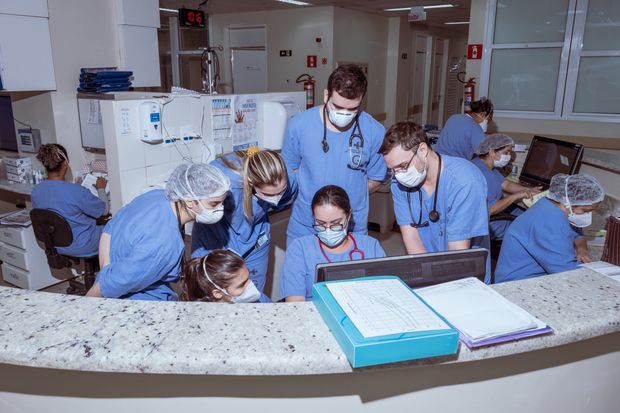 Health workers in the high-risk maternity ward of the Dr. Jayme Santos Neves Hospital in Vitória. 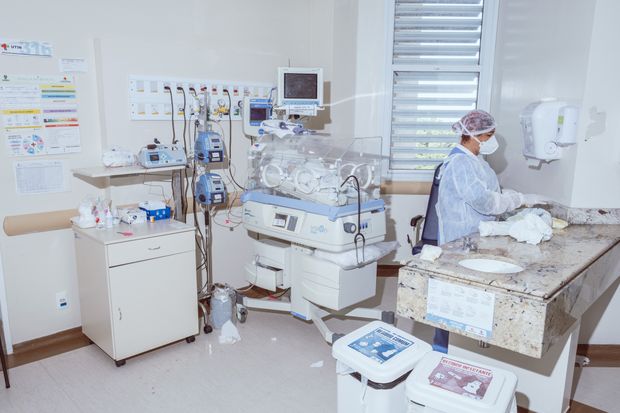 At least 579 babies under the age of 1 have died from Covid-19 in Brazil since the start of the pandemic.

At least 579 babies under the age of 1 have died from Covid-19 in Brazil since the start of the pandemic. Hundreds of babies are being delivered prematurely to save their sick mothers. Others perish in the womb, starved of oxygen as their mothers gasp for air, or contract the disease and die in the first months of life.

Comparative data from other countries is scarce, but Brazil’s maternal and infant mortality rates from the disease appear to be far higher than in many other countries such as the U.S., researchers said.

Research from around the world has shown that pregnant women are at greater risk from Covid-19. A large study by the Centers for Disease Control and Prevention late last year found pregnant women were 70% more likely to die than women of the same age who weren’t pregnant.

As a baby grows, it pushes up against the mother’s diaphragm, putting a strain on her lungs. Parts of her immune system are also suppressed so the body doesn’t reject the growing fetus.

New variants like the P.1 strain that emerged in the Amazon may make the disease even more risky for pregnant women in Brazil, researchers say. Studies have shown the strain to be up to 2.2 times more contagious than previous versions and possibly more deadly—a hypothesis researchers are still investigating. Another factor could be that prenatal care has virtually disappeared in Brazil thanks to an overwhelmed hospital system. 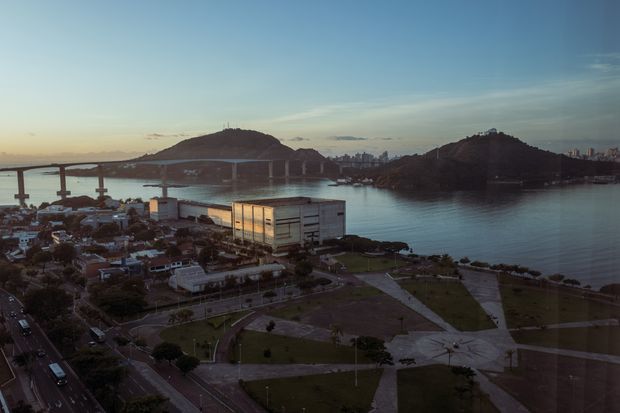 A view of Vitória, the state capital of Espírito Santo.

“What’s happening in Brazil is so concerning,” said Neel Shah, an obstetrician and assistant professor at Harvard Medical School. “I can only imagine the degree of fear when the government comes out and says there is a new strain and it seems to be impacting pregnant people differently.”

In India, where new strains have also led to a devastating recent wave of infections and deaths, there are also worries that pregnant women are increasingly affected. There are no nationwide public data yet on the total maternal and neonatal deaths due to Covid-19, but Dr. Alpesh Gandhi, president of the Federation of Obstetric and Gynaecological Societies of India, said his organization is aware that relatively more pregnant women are getting infected with Covid-19 and are having more severity and complications during this second wave.

Based on interactions with gynecologists in different parts of India, he says about 30% to 40% of pregnant women with Covid-19 are symptomatic in the latest surge compared with about 15% in the previous year’s surge. Among those with symptoms, “more of them are needing oxygen support because they are having less immunity and their lungs are getting more affected,” he said.

Brazil is still reporting about 66,000 new Covid-19 cases a day—more than the whole of Europe—and about 80% more than India on a per capita basis. About 450,000 Brazilians have died from the disease so far. 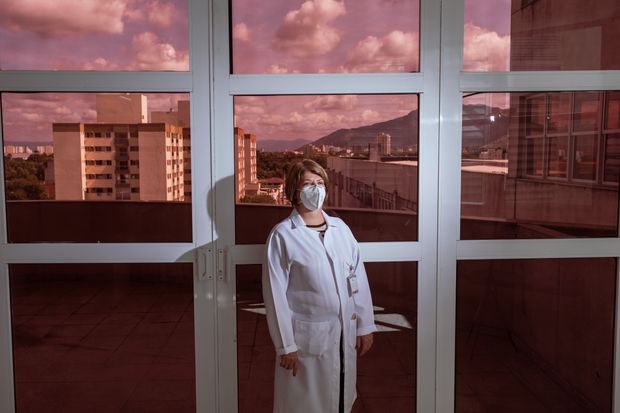 Scant testing means the reality for Brazil’s mothers and their newborns may be even worse than official figures suggest. Considering that deaths from unidentified respiratory diseases could also have been caused by Covid-19, the virus may have killed as many as 1,600 babies, as well as 1,300 pregnant and postnatal mothers in Brazil, said Fatima Marinho, an epidemiologist in Brazil for the public-health organization Vital Strategies.

In the U.S., which has a larger population, only 74 babies under the age of 1 have died from Covid-19, according to the Centers for Disease Control and Prevention. The CDC said it is still investigating “whether there were any maternal deaths related to Covid.”

“It’s all so very painful,” said Francisca Rosângela, whose grandson died from Covid-19 in São Paulo state when he was just 17 days old after catching the disease from his mother.

“We don’t know how it happened, how they were infected,” she said in a message on Facebook. “We had been doing everything to protect her and the baby.”

“If you remove the baby too early you risk them dying outside the womb, you remove them too late and they die inside the womb from a lack of oxygen,” said Rosangela Maldonado, coordinator of the high-risk maternity ward of the Dr. Jayme Santos Neves Hospital in Vitória.

“Our job is to deal with new life, so every death is devastating,” she said. 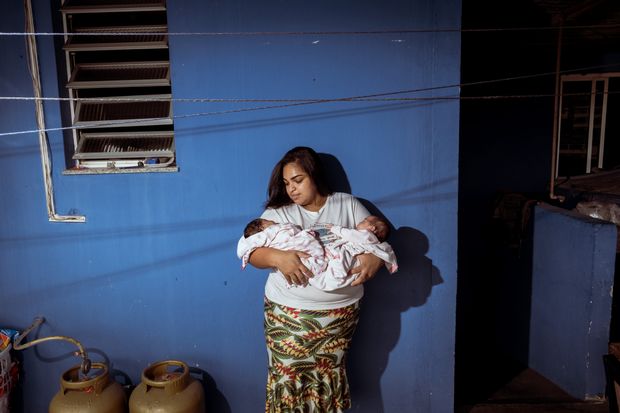 Bárbara Cesar was pregnant with twins when she contracted Covid-19 and began coughing so hard it would make her vomit. 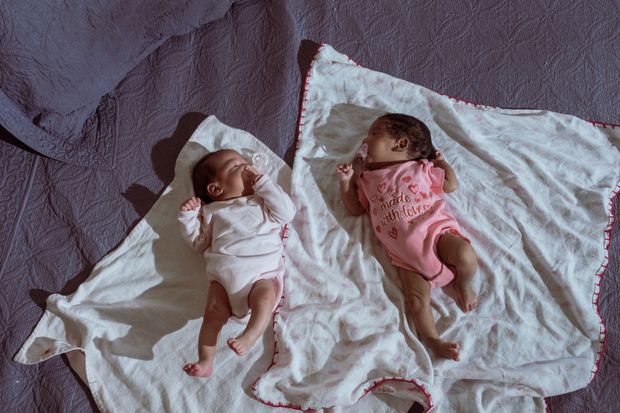 Ms. Cesar’s twins were delivered during an emergency caesarean section.

Bárbara Cesar, a fisherman’s wife, was pregnant with twins when she contracted Covid-19 and began coughing so hard it would make her vomit. Doctors at the hospital knew they had to intubate her to save her life, but doing so while she was pregnant could kill her baby daughters due to oscillations in their oxygen levels. Alternatively, delivering her babies prematurely could leave them with health issues for the rest of their lives, from impaired vision to behavioral problems.

Doctors opted for an emergency C-section.

“The nurse asked me if I was praying, and told me to pray some more,” said the 26-year-old, who only met her new daughters for the first time when she came off a ventilator three weeks after their birth.

In Brazil, where 2,000 people are dying a day from Covid-19, only 10% of the population has been fully vaccinated. Brazil’s health ministry has urged couples to put off having children until the worst of the pandemic is over.

An aggressive Covid-19 variant called P.1 has spread from the Amazon to other parts of Brazil and has now been identified in U.S. cases. WSJ’s Paulo Trevisani reports from Porto Alegre’s overwhelmed hospitals, where doctors say young people are getting ill. Photo: Tommaso Protti for The Wall Street Journal

Another factor driving the deaths of women in pregnancy is that the country’s overwhelmed health system has meant less prenatal care for babies and mothers, say doctors.

“Preventative care ceased to exist in Brazil,” said Marcelo Otsuka, an infectious-disease specialist at the Pediatrics Society of São Paulo. Infections such as syphilis in pregnant women, which can lead babies to die shortly after birth, have often gone untreated during the pandemic, said Mr. Otsuka. Pregnant women from Brazil’s poorest families have also struggled to feed themselves during the pandemic.

Glenda Barbosa, a 23-year-old cashier for a bakery in Minas Gerais state, said her baby son was only a week old when he had to be intubated after catching Covid-19 from his 3-year-old brother. “I was in agony, desperate,” she said, describing how his tiny hands had turned purple as he gasped for air.

After almost three weeks on a ventilator, he managed to breathe for himself again and is now home. “He was just a little newborn baby, battling to survive,” said Ms. Barbosa. 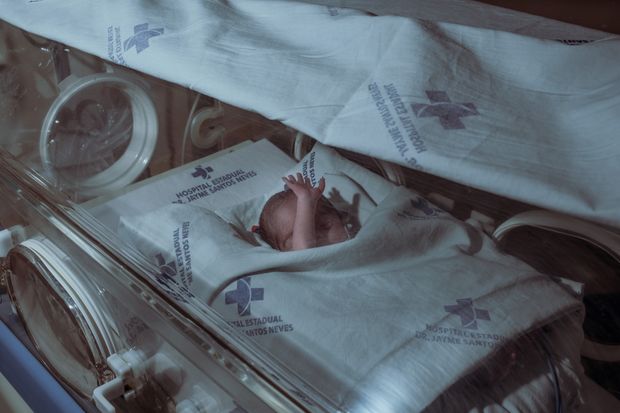 Pregnant women in Brazil face the highest risk of dying from the disease in the region.

—Krishna Pokharel contributed to this article.

Write to Luciana Magalhaes at Luciana.Magalhaes@wsj.com and Samantha Pearson at samantha.pearson@wsj.com