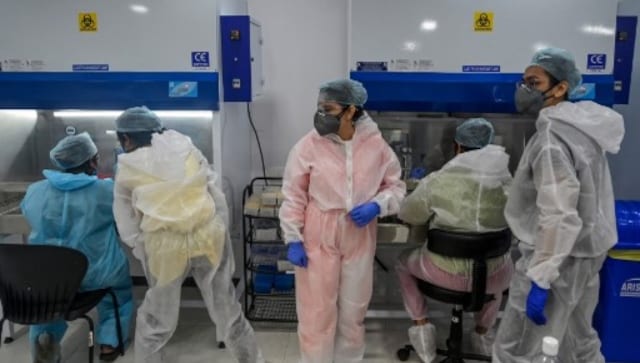 outbreak began in India, there may finally be some cause for cheer — in the form of the vaccine being developed by AstraZeneca and the University of Oxford.

The vaccine is expected to receive approval by the end of the year, and may be launched in January, according to an article in Mint.

On Saturday, Prime Minister Narendra Modi is slated to visit Ahmedabad, Hyderabad and Pune to review the development of the vaccines against coronavirus

. He is scheduled to visit the Zydus Biotech Park in Ahmedabad, Bharat Biotech in Hyderabad and Serum Institute of India in Pune. Two of these sites are where India is indigenously developing vaccines to fight COVID-19

and one of these sites (Ahmedabad) is where the vaccine will be manufactured.

Pune Divisional Commissioner Saurabh Rao has also been quoted as saying by PTI that ambassadors and envoys from 100 countries will visit the Serum Institute of India and the Gennova Biopharmaceuticals Ltd in Pune on 4 December. In this context, here is an overview of where India stands in the fight against COVID-19

and the steps the government took since Modi announced a nationwide lockdown on 24 March, and a brief look at the status of vaccines under development.

Effect on economy and relief measures

lockdown also caused immense financial distress across the country. To tide over this, the government announced free food grains and cash payment through the Rs 1.70 lakh crore Pradhan Mantri Garib Kalyan Package (PMGKP), according to the Union finance ministry.

The Indian economy contracted by 7.5 percent in the July-September quarter of this fiscal amid the COVID-19

The gross domestic product (GDP) had expanded by 4.4 percent in the corresponding July-September period of 2019-20, according to data released by the National Statistical Office (NSO).

The efficacy of AstraZeneca and Oxford’s vaccine, known formally as AZD1222, has varied in trials, depending on the combination of doses administered. The vaccine was found to bring the number of symptomatic COVID-19

cases down by 90 percent in those who received half a dose of the vaccine followed by a full dose a month later. However, the efficacy reduced to 62 percent when the vaccine was administered as two full doses at least a month apart.

An article in The Indian Express quoted K Srinath Reddy, President of the Public Health Foundation of India, as saying, “I would say that it is possible that a lower dose exposure initially primes the system much better, and the second dose takes the body’s immune response to a much higher level, but this is speculative.”

The Astrazeneca-Oxford vaccine in particular holds out hope for India, as it can be stored at temperatures of 2 degrees Celsius to 8 degrees Celsius and will be priced at USD 3 a dose for the government — relatively much cheaper than other vaccine candidates.

Besides the Oxford-AstraZeneca and the Sputnik V developed by Russia’s Gamaleya Research Institute, two other vaccine candidates have also announced their efficacy rates. The Pfizer-BioNTech’s BNT162b2 has 95 percent efficacy while Moderna-NIH candidate mRNA-1273 is more than 90 percent effective.

Currently, there are 11 vaccine candidates at the last stage of phase III trials, including the four named above. Overall, as per the latest data released by the WHO on COVID-19