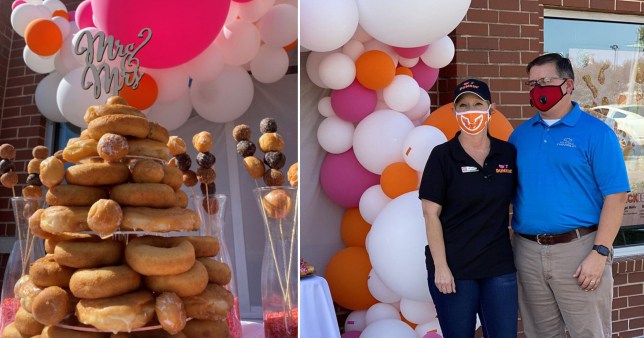 This couple had a very Dunkin’ wedding (Picture: Dunkin’ Donuts)

A couple who met at American coffee chain Dunkin Donuts decided to get married at the drive-thru window where they first spoke.

Sugar Good, 49, manages a branch in Oklahoma, and in 2015 she was working the drive-thru when John Thompson, 45, pulled up.

The pair got talking and soon John became a regular.

For two years, John would come to the window to order the same breakfast, until one day in 2018 when he decided to give her his number.

Since then, they started dating, fell in love, and decided to tie the knot this October.

Of course, their wedding had plenty of nods to their first meeting. Not only was it held at the Dunkin’ store, but guests were also treated to doughnuts and the bride had a Munchkin (mini doughnut) bouquet.

The couple kept things super simple – with Sugar wearing her work uniform and John his everyday attire as he sat in his car.

Sugar stood inside the drive-thru window while a pastor officially married them. 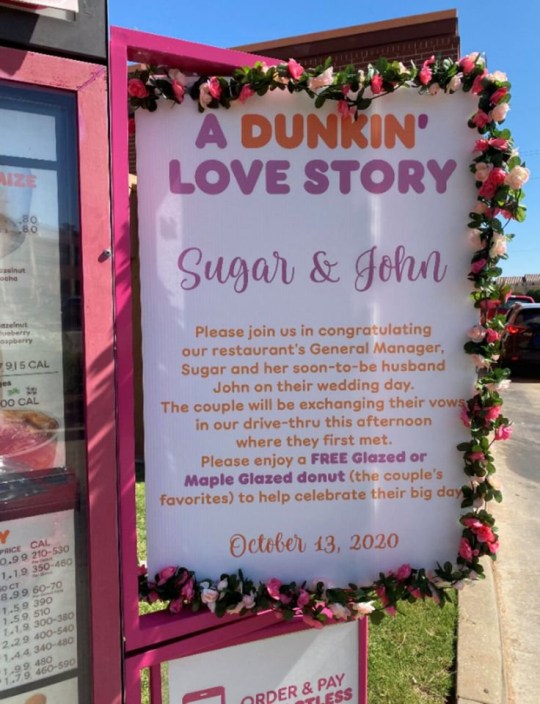 Customers were treated to a free doughnut (Picture: Dunkin’ Donuts)

Dunkin’ clearly has a special place in the couple’s heart because they also got engaged there.

One morning when he was dropping Sugar off at work, he popped the question in the parking lot.

‘Our story wasn’t glamour, but it was true romance,’ Sugar said on Dunkin’s blog.

‘I am so thankful for everything Dunkin’ has given me — from my job to lifelong friends, and now, my husband.

‘When John and I were planning our big day, we decided there was no better place to say “I do” than right where we met. 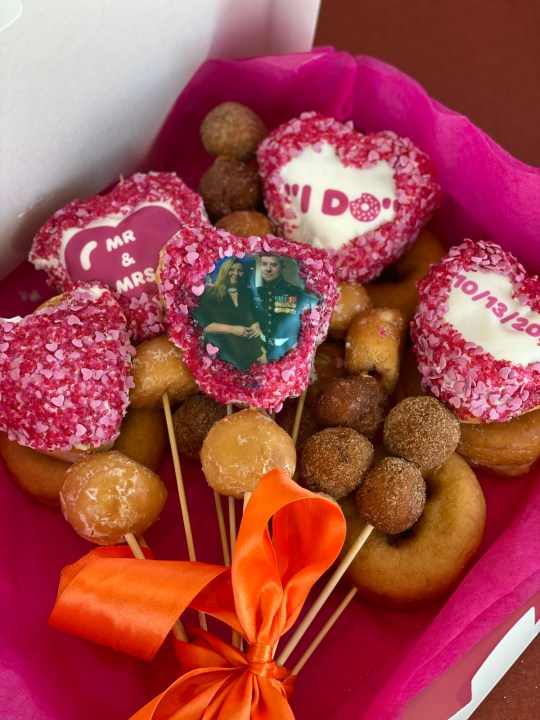 ‘This Dunkin’ drive-thru has brought me one of my biggest blessings, and we’re so glad we were able to celebrate such a special occasion here with our Dunkin’ family!’

Customers queuing up for their coffee fix were able to watch on while being treated to a free glazed or maple glazed doughnut.

Congrats to the happy couple!