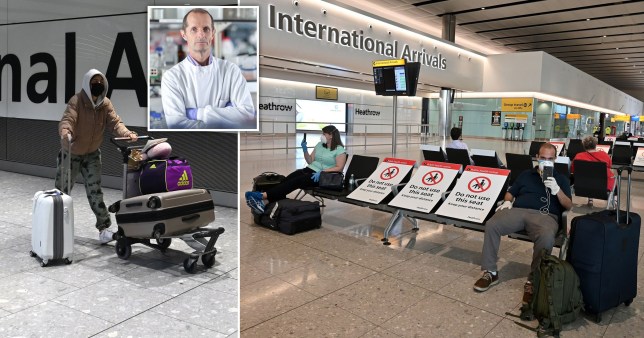 The proposed traffic light system could be ‘leaky’ to variants, an expert warned (Picture: Getty)

Foreign travel should be reopened slowly, a leading scientist has warned, cautioning that a traffic light system could potentially be ‘leaky’ to coronavirus variants.

Professor Robin Shattock said an ideal scenario would be for people to quarantine on their return from any country, but acknowledged this was unlikely to be seen as a practical option.

The travel taskforce set up by Boris Johnson is due to report shortly, with many expecting it to propose a traffic light approach which would rank countries red, amber or green depending on infection rates and the prevalence of Covid-19 variants.

Prof Shattock said ‘there are always possibilities of getting around that type of system’, adding: ‘It might be a way of starting to release some travel, but it will need to be monitored very carefully.’

He said the ideal scenario would be people quarantining when they fly in from any country, adding: ‘If you completely opened up travel tomorrow and everyone could come in and out of the country, we’d be in a much worse situation.

‘So, with everything it’s a fine balance. If you were purely being risk averse, you would keep everything very, very restricted. But that’s not necessarily acceptable or practical.’ 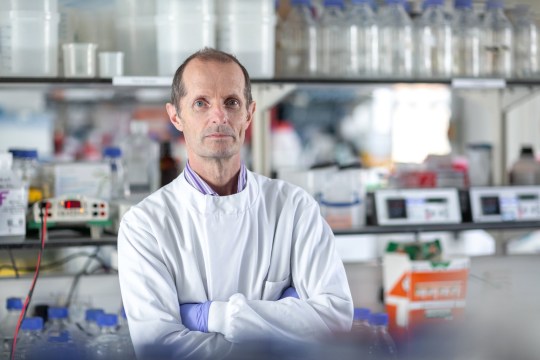 Professor Robin Shattock said an ideal scenario would be for people to quarantine on their return from any country (Picture: PA) 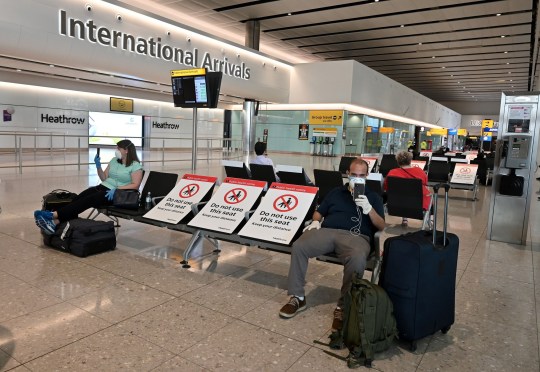 Prof Shattock said ‘there are always possibilities of getting around that type of system’ (Picture: AFP via Getty)

In a wide-ranging interview, Prof Shattock said it was possible coronavirus will become ‘much more of a fairly trivial infection’ for most people.

He said: ‘Then it’s more about continuing to protect the vulnerable, but it’s not going to be such a large issue.

‘The variants are still a big question. But what is perhaps reassuring to some extent is we’re not seeing variants going off in all sorts of different directions.

‘What we’re seeing with this current coronavirus is it’s popping up with the same mutations in different parts of the world so it seems to be converging, rather than diverging.

‘As most viruses evolve, they tend to evolve to be transmitted more easily, but less pathogenic, so less likely to cause severe disease.

‘So there are two possibilities – it could become less of a threat over time or it could be that there will be new variants that we need to catch up with and boost (with vaccines) in the future.

‘We just have to see how it unfolds, but it’s definitely not a certainty that the whole population will need to be vaccinated year on year.

‘I suspect that that’s less likely in coming years, although I think it’s likely that the elderly will need an annual vaccination.’

His technology means vaccines can be adapted in just a few weeks to take account of any variants, though Prof Shattock is keeping watch over what may happen with future pandemics.

He said: ‘The technology can be very readily adapted for any variant that might come our way … but we very much have an eye on something completely new (that) may come out and we need to be prepared for every eventuality.’

On the risk of future pandemics, he said: ‘Certainly we recognise scientifically that this kind of effect is happening more frequently.

‘Covid has been a big wake-up call to the world but in some ways making a vaccine against Covid-19 hasn’t been as challenging as people predicted it might be, which is a good thing.

‘If something comes along that’s a harder challenge, what we call pandemic X, a completely unknown virus – we know a lot about coronaviruses – but something that we’ve never seen and there’s no scientific experience, that would be a much bigger threat and challenge to humanity.’ 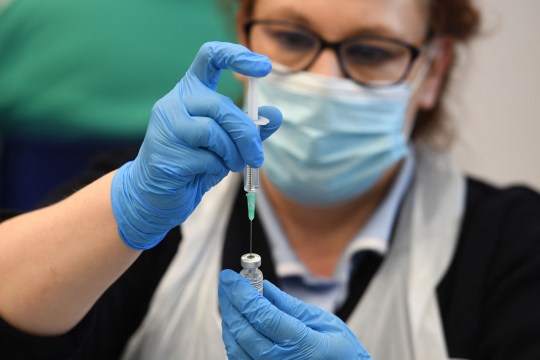 Prof Shattock believes the UK is prepared to give booster vaccines this autumn (Picture: AFP via Getty)

As for Covid, there is the possibility of combining the flu vaccine with one against the virus, though ‘it will take some time to put that together’, he said.

For now, he thinks the UK is prepared to give booster vaccines this autumn to deal with variants of concern, such as those originally identified in South Africa and Brazil.

Prof Shattock said: ‘The unknowns are whether variants will be able to circulate once everybody is vaccinated. We really don’t know whether that’s going to be a very small problem or a very major problem. “Having a variant booster ready to go makes sense.

‘The other thing we just have no idea about is the duration of protection that these vaccines will have – is it 12 months, is it 24 months? We’re collecting those data in real time.

‘If the protection is short-term, we need to have vaccines ready at least this winter to boost. Now, it may be that we get them ready and they’re not necessarily needed.’

Prof Shattock said more data was needed on how well existing vaccines work against variants but ‘the real issue right now is that we just need to get everybody vaccinated so that variants don’t become a problem’.