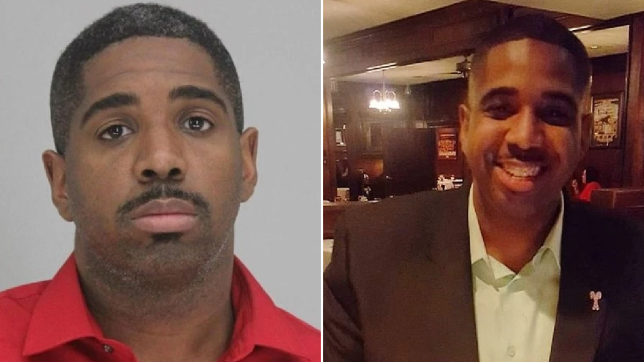 Bryan Riser, 36, is accused of ordering the murder of a man and a woman in 2017 (Picture: Dallas County Jail/Facebook)

A police officer allegedly hired a hit man to kidnap and kill two people – and then carried on working as a cop for four years before being caught.

Bryan Riser, 36, is charged with two counts of capital murder having been accused of ordering the deaths of a man and a woman who died week apart in 2017.

Riser, who worked for Dallas Police Department in Texas for 13 years, spent last night in jail following his arrest yesterday and is believed to have orchestrated the murders of 61-year-old Albert Douglas, and 31-year-old Liza Saenz, according to police.

It’s claimed he agreed to pay a man almost $10,000 for the murders and Riser is said to have had a relationship of some sort with one of the victims, although further details have not yet been shared.

Riser’s arrest comes after the person who carried out the hits came forward and spoke to police, initially in 2019, and implicated the veteran cop in the two murders. Dallas Police have said that Riser was named as a person of interest in the murders two years ago and continued to work while detectives gathered enough evidence to charge him.

Speaking at a press conference yesterday, Dallas Chief of Police Eddie Garcia said a witness came forward on August 14 2019 accusing Riser of being involved in the murders Douglas and Saenz, reports NBC 5.

Saenz was shot multiple times before her body was found in the Trinity River in Dallas in March 2017, and Douglas’ body has never been found.

Three men, Kevin Kidd, 28, Emmanuel Kilpatrick, 31 and Jermon Simmons, 35, were arrested and charged with Saenz’s murder in September 2017 and so far, none of the men have been to trial for their alleged involvement in the killing.

During Thurday’s press conference, Garcia said that the witness who came forward in 2019 told police that he kidnapped and murdered Saenz at Riser’s direction. He added that the witness also told police how he was ordered by Riser to kidnap and kill Douglas, who was reported missing in February 2017. 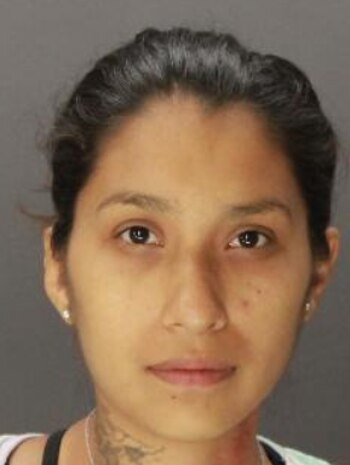 Garcia said the witness told police that Douglas had been kidnapped and murdered in the same location as Saenz.

Speaking about Riser’s arrest, Garcia said: ‘This individual has no business wearing this uniform. That’s just not me saying that as police chief, I guarantee you every man and woman that wears this uniform that does this job honorably does not want anyone tarnishing our badge.’

Riser’s arrest affidavit outlines how the witness said they have known officer Riser from childhood and reconnected in 2013.

The document said: ‘Suspect Riser contacted the witness and asked him (witness) if he was still doing the things they were doing when they were young (referring to the licks and burglarizing).

It’s claimed that Riser came to the witness with an plan that revolved around ‘the kidnapping and killing of an individual’, the affidavit said. 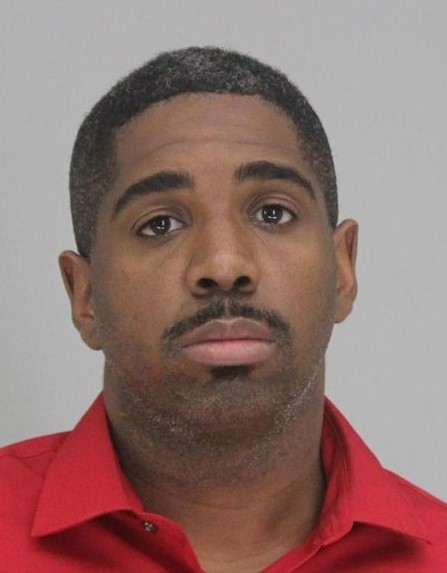 Police detail in the document how Riser and the witness met twice to discuss the plan to kidnap and kill Douglas.

The arrest affidavit alleges that Riser drove the witness to where Douglas was located and identified him as the person. It’s claimed Riser agreed to pay the witness $3,500 for the hit.

The witness told police that Douglas was handcuffed, placed in a vehicle and shot and killed. The affidavit states the hit men dumped his body in the Trinity River.

Police add that after the killing happened sometime in February, officer Riser drove to meet someone who knows the witness and paid the money for the hit.

The witness also told detectives how about two weeks after Douglas’ murder, the suspect, Riser, had another job – to kidnap and kill Saenz, the affidavit claims.

It says that Riser told the witness the woman was an ‘informant’. The hired hit men took Saenz, shot her multiple times and dumped her body into the Trinity River, police claim.

Riser was going to pay $6,000 to the witness, but never paid him and the associates because they were arrested for other capital murder offenses, the document states.

Dallas police said Riser has been with the department since August 2008 and Garcia added that officials will be investigating Riser’s arrest record in light of the charges against him.

Riser has been placed on administrative leave pending the outcome of an internal affairs administrative investigation. Garcia said they hope to terminate his employment as soon as possible.

According to jail records Riser is being held behind bars at Dallas County Jail and has bond set at $5 million, $2.5 million for each charge.