A police officer left an elderly dementia sufferer with a dislocated shoulder after pinning her to the ground because she forgot to pay $13 for groceries at the store, it has been claimed.

Loveland Police officer, Austin Hopp, has been suspended following the emergence of distressing body cam footage that shows him man-handling 73-year-old Karen Garner, who has dementia, placing her in hand cuffs and then appearing to twist her arm during an arrest.

The video has been released as part of a federal lawsuit filed by an attorney on behalf of Garner, which claims Hopp used ‘excessive force’ during the confrontation on June 26, 2020. She is seeking an unspecified amount of damages for what attorney Sarah Schielke calls a ‘torture case’.

According to the suit, Garner was arrested by Loveland Police after Walmart employees realized that she left the store without paying for a candy bar, a can of Pepsi and a t-shirt, a shopping spree that totaled $13.38. 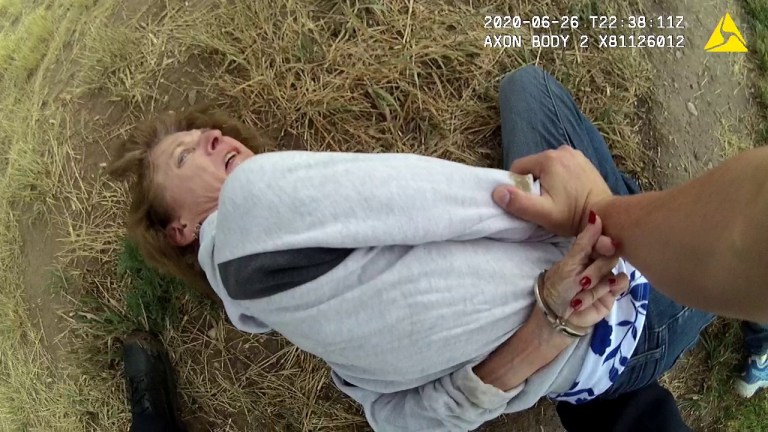 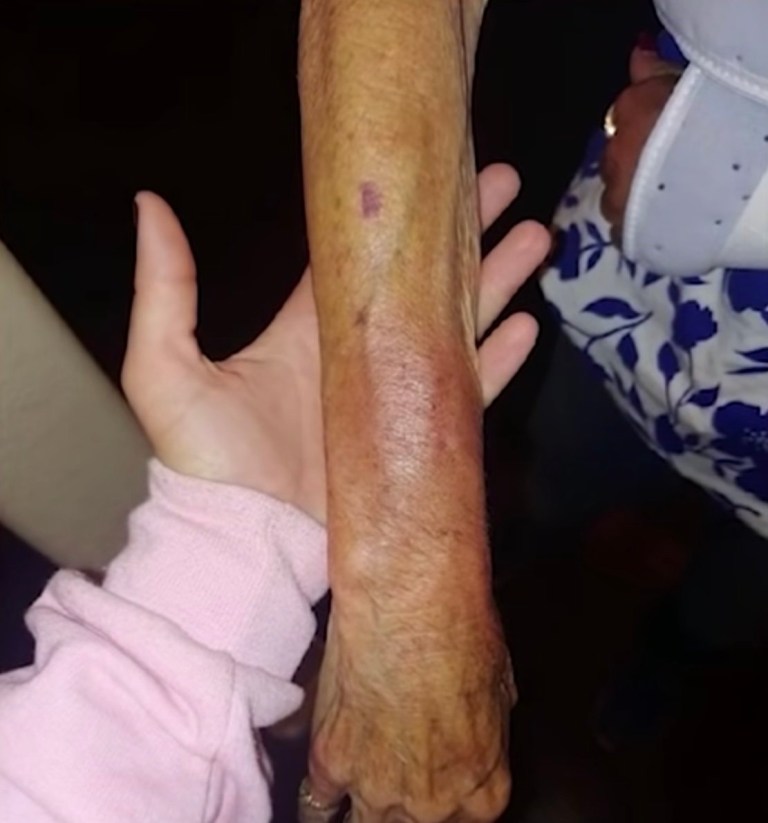 As she walked home, officer Hopp caught up with Garner, who appears to be visibly confused in his body cam footage, reports the Greeley Tribune.

In the video, Hopp is seen pinning Garner to the ground as she screams ‘I’m going home’. He then proceeds to place the pensioner is hand cuffs before pulling her to her feet and pushing her up against his patrol car.

Assisting officer, Daria Jalali, can also be seen pulling Garner’s arm to behind her back at Garner front in pinned to the police car. As the officers appear to pull Garner’s arms, a a snapping sound can be heard on the body cam footage and Garner cries out in pain.

According to the subsequent lawsuit, Hopp ‘violently assaulted Garner without provocation’.

Garner suffered a fractured arm and a dislocated shoulder in the ordeal, her attorney added. 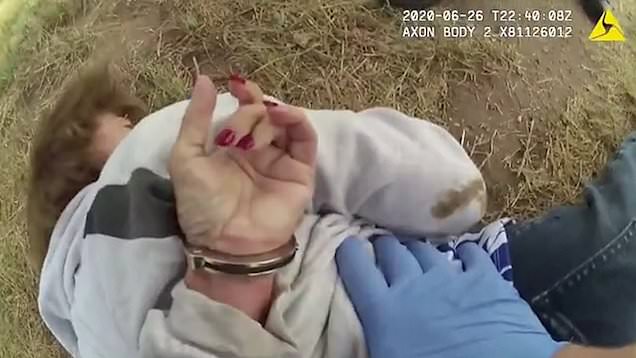 In a statement, the department said: ‘LPD takes very seriously the allegations concerning the arrest of resident Karen Garner, and shares with the community the concerns about video images that became public on Wednesday.’

Acting on behalf of Garner, Schielke claims the officers used ‘excessive force’ and told the Reporter-Herald that the video ‘is hard to watch’.

Garner was taken into custody following her roadside arrest, and was reportedly held for hours without medical attention, despite verbalizing that she was in pain.

Shielke said: ‘It is the opposite of community policing. I thought a lot about this case as I have prepared to file it, and on paper and in the legal pleading it is an excessive-force case.

‘In reality when you watch the video, you see this is a torture case.’

The police department said it had not received a complaint about Garner’s arrest before the lawsuit was filed.

The lawsuit added that Walmart employees allegedly asked Garner to return to the store when they saw her leave without paying and took the items back, before denying her request to pay for the items. 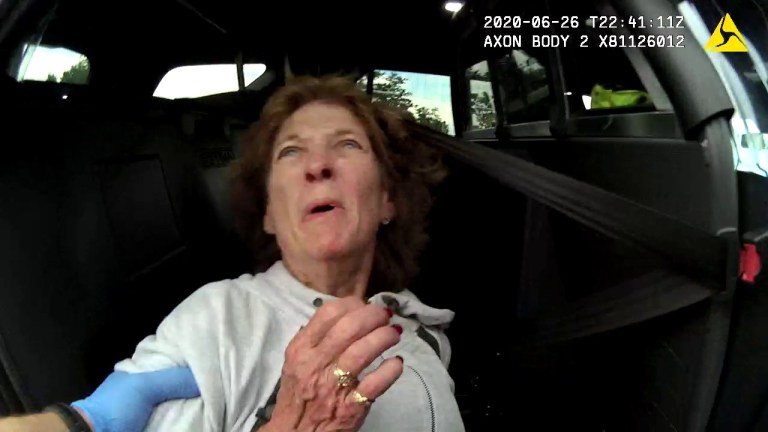 Someone from Walmart is then said to have called police to report Garner but said the store had not suffered a loss, the lawsuit said.

The lawsuit, adds that no one sought medical help for Garner until about six hours after she was arrested.

It also claims the arrest violated her constitutional protections against excessive force and to have due process and also violated the Americans with Disabilities Act.

In addition to her physical injuries, the lawsuit claims Garner now experiences fear, trauma and anxiety whenever she leaves her home.

The suit said: ‘What little freedom and happiness Ms Garner enjoyed in her life as an elderly adult with declining mental health was, on June 26, 2020, recklessly and deliberately obliterated by the Loveland Police Department.’