Neighbours said they thought a bomb had gone off as the house exploded on Friday (Picture: MEN Media)

A man has died in a suspected gas explosion that left a house completely destroyed.

The property was ‘burned to a cinder in 30 minutes’ in Clayton-le-Woods, Chorley, this afternoon.

The family of the victim, believed to be in his 50s, has been informed of the tragedy.

Neighbours were evacuated as their houses shook with the impact of the explosion on Kirkby Avenue around 1.30pm.

One neighbour named Barry Kemp said it ‘sounded like a bomb going off’.

He said: ‘There was a massive explosion and the house burst into flames. Within 30 minutes the house was burnt to cinder.

‘There was nothing left of it. It sounded like a bomb going off. I have never seen a house collapse so quickly.’

His wife Ingrid added that she was ironing when she heard ‘an almighty bang’.

She told The Sun: I looked out of the window and there were flames coming from the lounge. The windows had blown out.’

Locals have been asked to stay away from the area as a cordon and road closures remain in place this evening. 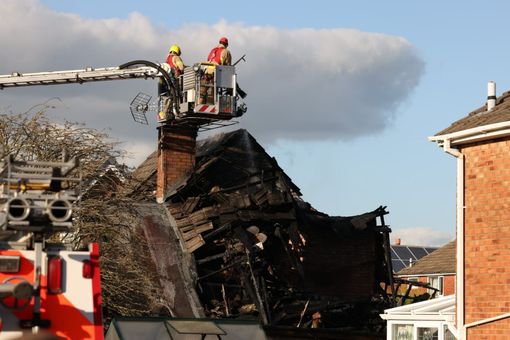 The property was ‘burned to a cinder in 30 minutes’, according to one local (Picture: LancsLive/MEN) 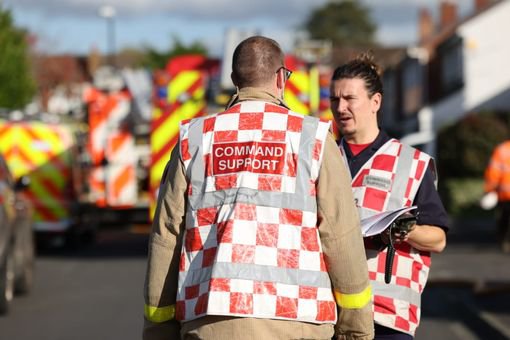 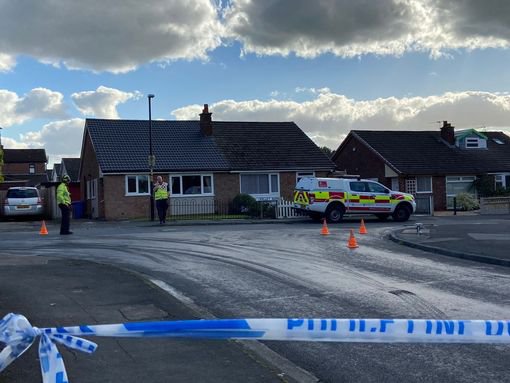 A cordon remains in place this evening (Picture: LancsLive/MEN)

A spokesman for Lancashire’s gas emergency service, Cadent, said it is ‘too early to say what caused this’.

Experts are at the scene to support the emergency services and ‘ensure everything related to gas is safe’.

A spokesperson for Chorley Police said: ‘A joint investigation between Lancashire Police and Lancashire Fire and Rescue Service into the cause of the incident remains in its early stages and is ongoing.’

The North West Ambulance Service said their Hazardous Area Response Team (HART) attended, along with a MERIT doctor, an ambulance and an operational commander.

A spokesman for Lancashire Fire and Rescue Service (LFRS) said: ‘Six fire engines and an aerial ladder platform are in attendance at an explosion involving a house on Kirkby Avenue in Clayton-le-Woods.

‘Please close windows and doors if you’re nearby to avoid being affected by any smoke.’