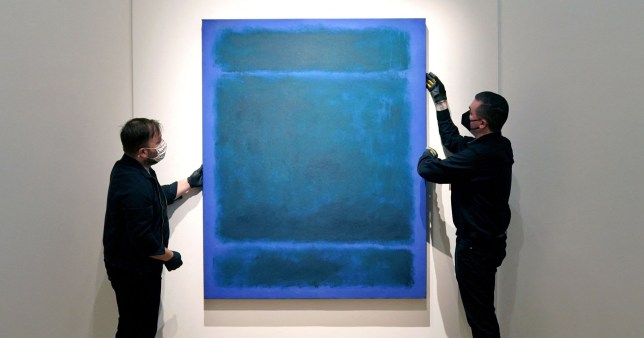 ‘Untitled’ was one of the last pieces of American artist Mark Rothko before his suicide (Picture: Getty)

A painting of a blue rectangle by American artist Mark Rothko has sold for more than £27million.

The seemingly simple artwork – widely considered to be a poignant masterpiece – went under the hammer at Christie’s New York.

Measuring 68ins by 54ins, the piece, named ‘Untitled’ was the penultimate painting produced by Rothko before he died by suicide in 1970.

Experts say the oil on canvas work features different tones of blue which ‘mutate and glimmer’ as they catch the light, in turn ‘encapsulating the spirit of his life’s work’.

Rothko is one of America’s most celebrated artists, who made a name for himself painting large blocks of colour in various shapes, mostly rectangles and squares.

The Russian-born artist, whose family emigrated to America in 1913, only painted three works, including this one, in the final months of this life. He is said to have viewed them as his most profound achievements. 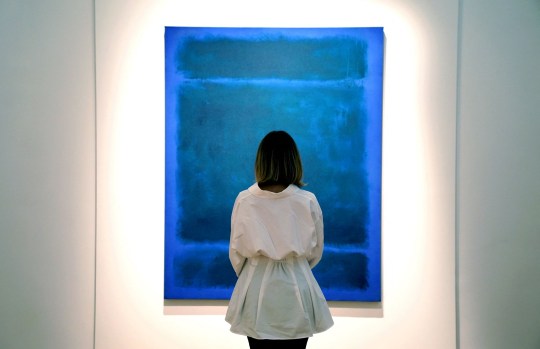 Experts say the painting is a masterpiece (Picture: Getty) 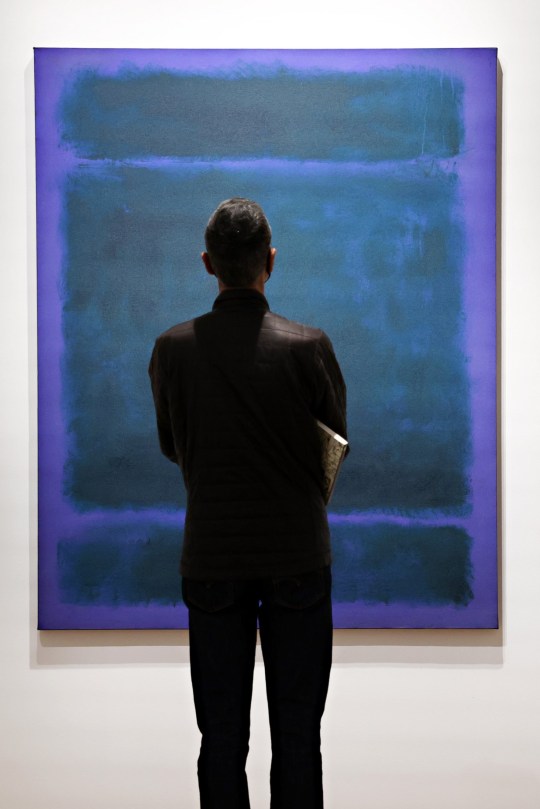 Rothko is one of America’s most celebrated artists (Picture: Getty)

The painting was owned by American collectors and philanthropists Paul and Rachel Mellon between 1971 and 2014. It was then sold on to a private European collection.

He said: ‘The death of an artist lends a certain glamour. One of his three final works Untitled, 1970 is culturally embedded by the self-realised ending of Rothko’s life.’