Zheng was arrested in December 2019 at the Boston Airport with 21 vials of cancer cells in a sock in his suitcase, headed to China. 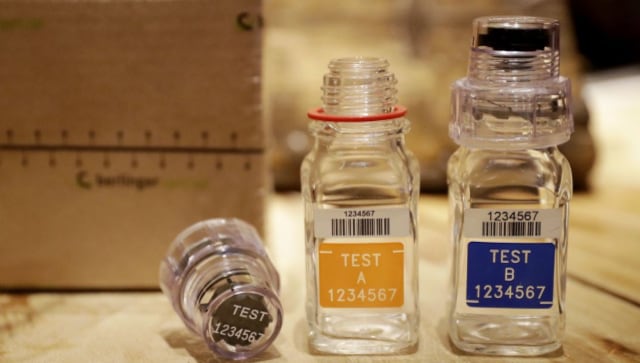 A medical researcher accused of trying to smuggle vials of cancer research material out of the US to his native China by hiding it in a sock inside his luggage pleaded guilty to a related charge Thursday, federal prosecutors in Boston said. Zaosong Zheng, 31, pleaded guilty to making false statements and will be deported under terms of a plea agreement, according to the office of Andrew Lelling, US attorney for Boston. Sentencing is scheduled for 6 Jan.

He had originally been charged with smuggling, but Zheng’s attorney pointed out that his client did not plead guilty to any stealing or smuggling charges, only to lying to a customs agent.

“We thought this was the optimum outcome,” David Duncan said. He said his client is unlikely to face any prison time.

Zheng was arrested in December 2019 at Logan International Airport in Boston with 21 vials of cancer cells in a sock in a suitcase he was taking to China, authorities said. Zheng stole the materials from his lab at Harvard-affiliated Beth Israel Deaconess Medical Center in Boston, authorities said.

When asked by federal officers whether he was travelling with any biological items or research, Zheng lied and said no, prosecutors said. Zheng told investigators that he intended to take the vials to China to use them to conduct research in his own laboratory and publish the results under his own name, according to the US attorney.

Zheng entered the US in August 2018 on a Harvard University-sponsored visa and conducted cancer cell research at Beth Israel from September 2018 until December 2019. The hospital fired him after his arrest.