HONG KONG—China is pulling out the stops to ease its worst power crunch in two decades, reversing course on earlier ambitions to curb coal use as it sets new policies to revive production and loosen imports of the electricity-generating fuel.

As winter looms, the nation’s top economic planner this week said it would use “all necessary means” to roll back record-high coal prices, including by using domestic laws that allow the government to limit profit and prices for key goods. It has ordered all coal mines to operate at full capacity even during holidays, issued approvals for new mines and ordered major coal production bases in north and northwestern China to lower prices by 100 yuan a metric ton from Tuesday.

Coal futures on Chinese bourses fell to their lower trading limits on Tuesday and Wednesday after the announcement.

China’s rollback of restrictions on mining and imports of coal might help stem soaring global fuel prices that were driven up by factors including a post-pandemic economic recovery, transport bottlenecks and low stocks. Beijing’s push to meet tougher environmental targets, stepped up this summer, aggravated the shortage of coal, of which the country consumes half the world’s supply.

Beijing’s vacillating policies come ahead of a global climate summit next month—Chinese authorities haven’t confirmed if President Xi Jinping will attend—and in part reflect the difficulty in balancing the imperatives of economic growth with climate goals. Mr. Xi in April said at a separate climate summit that China planned to limit coal-consumption increases through 2025, and thereafter start reducing its consumption of the fuel. Last year, he said that China’s carbon emissions would begin to decline by 2030, and the country would reach carbon neutrality by 2060.

The cuts, however, ate into factory production and now weigh on China’s economic growth, posing another challenge to Mr. Xi.

The National Development and Reform Commission said Tuesday that coal prices had “totally deviated from supply-and-demand fundamentals,” and were still on an “irrational” upward trend.

Employees worked at the control center of a coal mine in Jinzhong, China, last year. Beijing is trying to wean itself off coal.


The commission on Tuesday summoned key coal producers and industry associations to discuss ways to deter prices. The commission also sent a team to the Zhengzhou Commodity Exchange on Tuesday afternoon to inspect coal-price movements since the start of the year. Beijing often targets unspecified speculators when it wants to cull surging commodity prices.

“We will severely crack down on illegal activities such as spreading false information, price collusion, price bidding and hoarding, to maintain market order,” the commission said. “We will adhere to ‘zero tolerance.’”

The state planner set a target of daily coal output of 12 million tons; the rate reached the year’s high of 11.6 million tons on Monday, up from around 10.4 million in late September.

At Chinese ports, importers have been able to unload Australian coal—signaling a potential end to a yearlong ban on the trade—though the cargoes haven’t yet cleared customs, analysts and shipping brokers said. China began blocking coal shipments from Australia fall last year as bilateral relations soured after Canberra’s call for an independent probe into the origins of Covid-19.

Most of this coal has been unloaded from ships into port stockpiles and awaits customs clearance, analysts and shippers said. Customs authorities didn’t respond to a call for comment.

Several cities across China experienced power cuts in late September amid a coal shortage and a push to meet strict emissions targets. The outages have slowed down factories, prompting supply-chain concerns ahead of Christmas. Photo: Olivia Zhang/Associated Press

Coal and coal-related futures in China’s commodity bourses in Zhengzhou and Dalian plummeted after the commission’s latest announcement. Most-actively traded thermal coal futures fell 8% to around $275 a metric ton on Wednesday, still three times higher than the year’s low in March.

Still, China’s benchmark Qinhuangdao seaborne thermal coal was trading at $405 a metric ton on Wednesday, edging up 2% from Tuesday and nearly five times higher than the year’s low in March.

High coal prices, in part created by the ban on Australian coal as well as the then-booming Chinese economy, place China’s regulators in a bind. As Beijing tries to wean itself off coal, the cuts are fueling coal’s rally, which resulted in Chinese power plants losing the equivalent of 1.1 to 1.2 U.S. cents for each kilowatt-hour generated, running into millions of yuan a day for each plant operating at full capacity, according to Chinese analyst estimates.

Analysts expect Beijing’s latest measures to gradually revive coal output, which might go some way toward assuaging the shortages, though larger-scale power shortages could recur.

“We generally expect these disruptions to ease over the coming months, as we expect policy makers to stress growth and to call for the pursuit of climate targets on a more measured timeline,” said 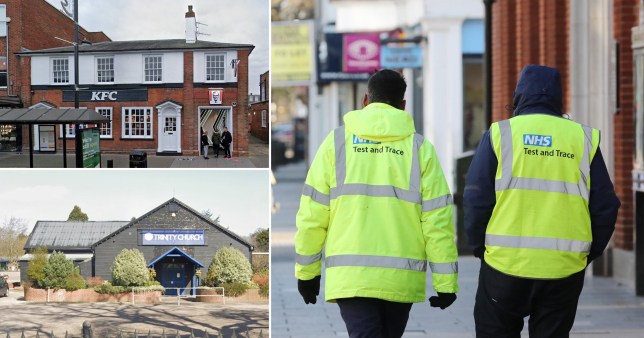