Tomas Gimeno disappeared with the girls on April 27 after failing to return them to their home (Picture: Solarpix)

A child has been found in a bag on the ocean floor and authorities believe it is ‘almost certainly’ a missing girl who was snatched by her fugitive dad.

The body was found in a sports bag more than 3,000 feet underwater in the Atlantic off Tenerife.

Spanish investigators believe it to be that of Olivia Gimeno, six, who was taken along with her toddler sister Anna by their father Tomas Gimeno on April 27.

It was found next to a second empty sports bag, raising fears that one-year-old Anna may never be found if she was in it.

The discovery comes after a diving bottle and duvet cover belonging to Gimeno, 37, was found on Monday on the seabed near the same area.

Beatriz Zimmerman, the girls’ anguished mother, has been informed.

Spanish Prime Minister Pedro Sanchez: ‘I cannot begin to imagine the pain of the mother of little Anna and Olivia, who disappeared in Tenerife, following the terrible news we have just heard.

‘I send a hug and my love and that of my whole family, who today show solidarity with Beatriz and her loved ones.’ 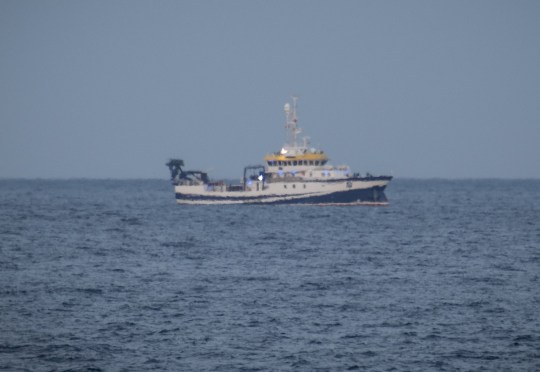 A sports bag containing a body was found by a robot from the search vessel Angeles Alvarino (Picture: Solarpix)

Gimeno was said to have never accepted Beatriz’s relationship with a new Belgian partner following their split.

Global police agency Interpol had issued two ‘yellow notices’ in the search for the missing girls.

Celebrities with huge followings online including Cristiano Ronaldo’s partner Georgina Rodriguez shared a video of the girls which Beatriz released.

However, their worst fears were all-but confirmed with the discovery on Thursday.

An update on the situation was provided by a spokesperson for the investigating Spanish magistrate in charge of the ongoing judicial probe. 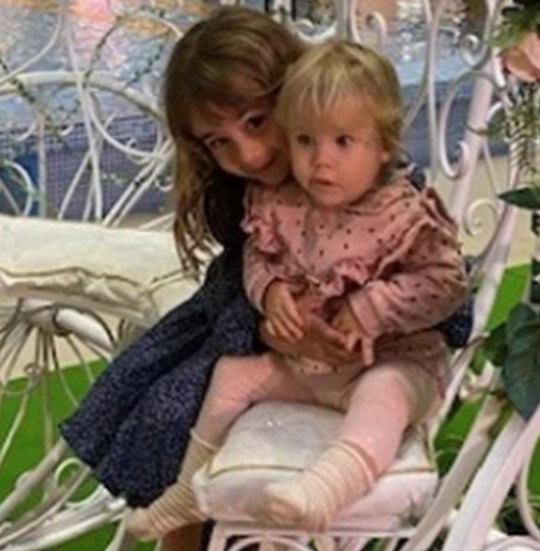 The spokesperson said. ‘Pending more conclusive forensic tests, the body could almost certainly correspond to that of Olivia G, the youngster who vanished on April 27 with her one-year-old sister and their father.

‘The body was found by a robot from the search vessel Angeles Alvarino at midday today around 1,000 metres below the water some three miles off the Tenerife coast.

‘It was inside a sports bag attached to an anchor. Next to it was another empty sports bag.

‘The body was taken to dry land for an autopsy.

‘The vessel called Angeles Alvarino is continuing its search.’