Liverpool were defeated by Real Madrid and fans encountered a myriad of crowd problems ( Picture: AP/AFP/PA)

French journalist Remy Buisine captured the moment a squad of officers charged into a bar with riot shields and truncheons, forcing fans back.

A reported 40,000 people have travelled to the French capital from Merseyside without a ticket and are watching the game in local bars.

It was heartbreak on the pitch for the reds, who were defeated 1-0 by Real Madrid after 90 minutes.

What should have been a dream night for fans was marred by crowd problems, both around the stadium and elsewhere.

Kick off had to be delayed after thousands of fans struggled to get inside the ground amid a breakdown or organisation at the Stade de France.

Videos posted on social media showed fans climbing over fences to get into the ground and pepper spray being used.

Once shocking video showed children caught up in the chaos and struggling with the effects of the noxious substance. 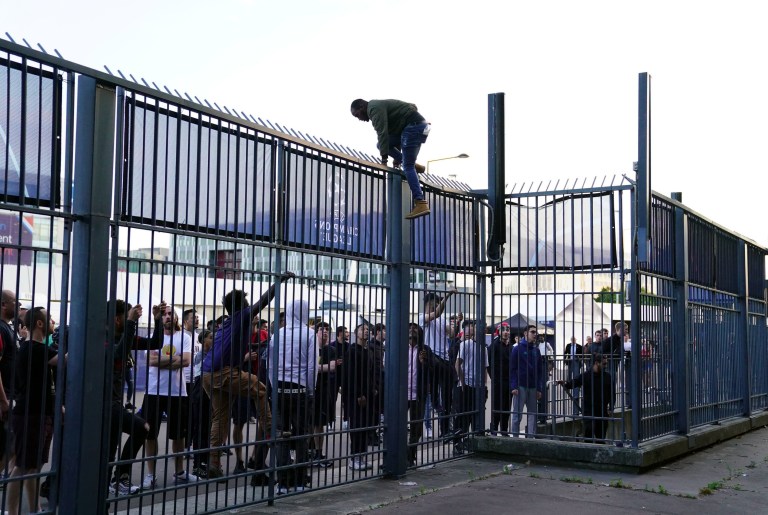 Some fans climbed into the stadium after queuing for hours with kick off fast approaching (Picture: PA) 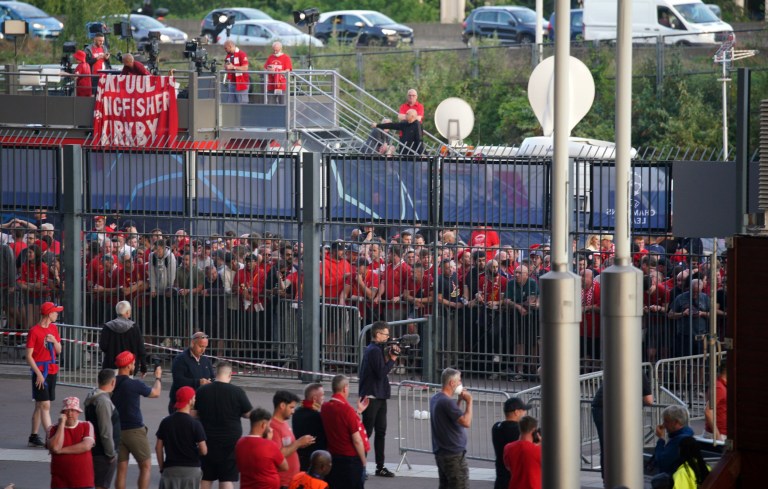 The start of the game was delayed by crowd management problems at the stadium (Picture: PA) 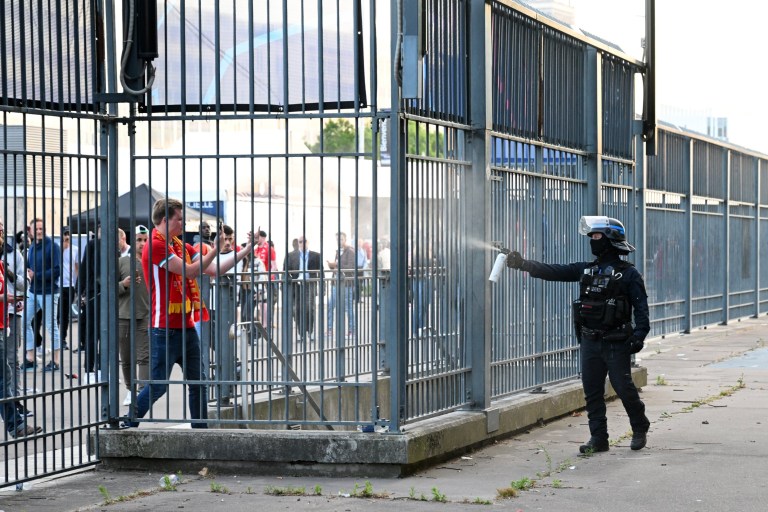 Police used pepper spray on fans after scenes outside the game became tense before kick off (Picture: Getty) 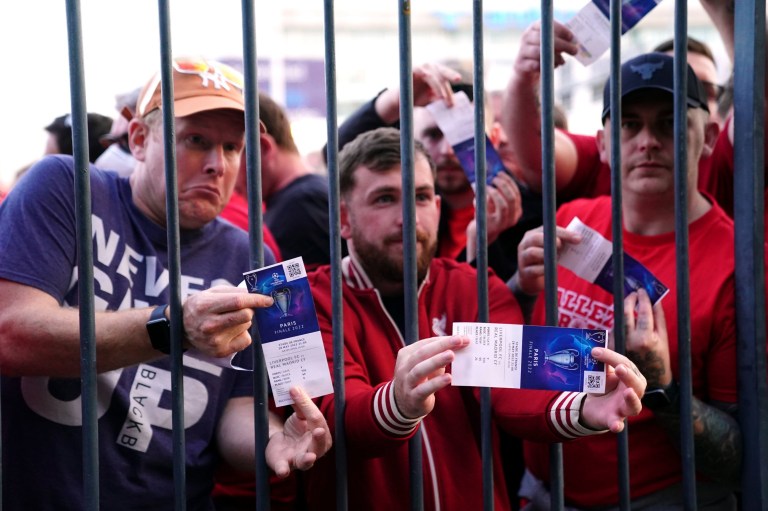 Fans with tickets were left outside as kick off time came and went (Picture: PA)

Play had to be delayed by more than half an hour but some fans still didn’t make it into the ground.

There were scuffles outside the ground, with one Liverpool fan saying groups of people from Paris who support neither team were agitating people trying to reach the match.

Nick Smith, 42, told PA: ‘I had a ticket, paid through the nose, especially at the minute when everyone’s struggling.

‘But complete lack of organisation means I’m at a pub and not where I should be.’

One said: ‘I’ve queued up for four hours, my wife and I have tickets. Appalling. I’m devastated, Liverpool fans should not get the blame for this.’ 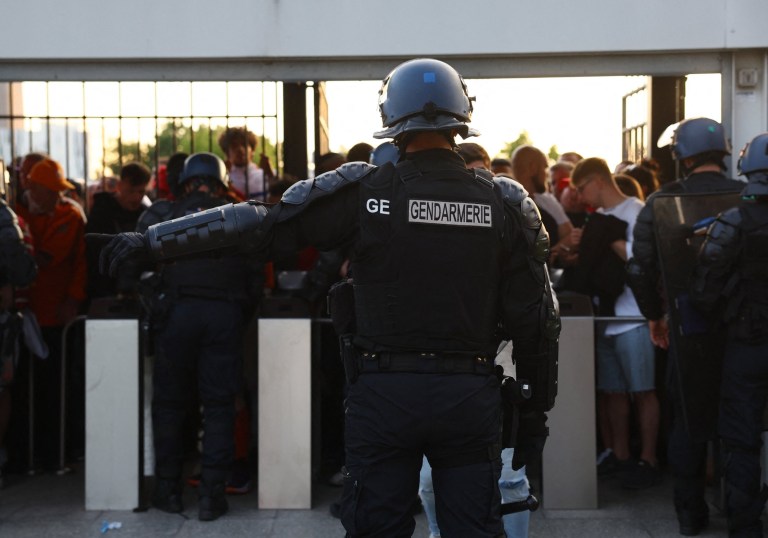 There appeared to be heavy handed policing tactics around the French stadium (Picture: Reuters) 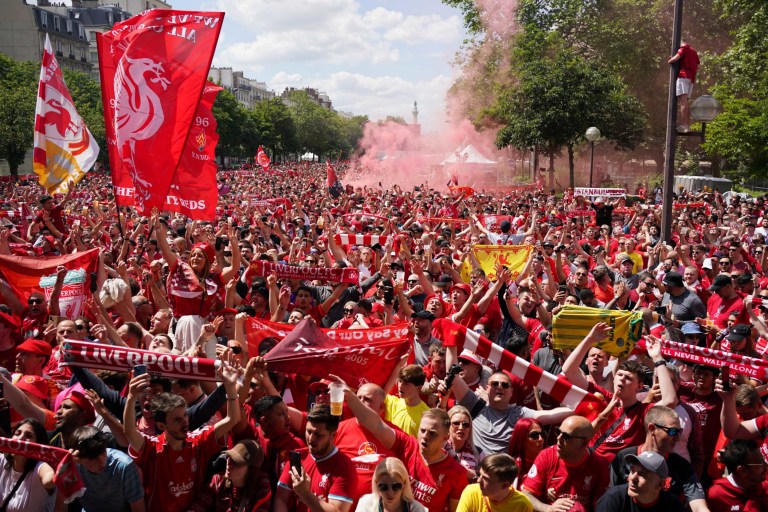 Tens of thousands of Liverpool fans have travelled to Paris without a ticket (Picture: PA)

Another witness blamed the police for the clashes away from the ground.

They said: ‘The police came at the fans with batons and shields.

‘Officers had been standing by with water cannon and other crowd control devices all day, and their numbers increased as the day went on.