In an affidavit, the Centre said the DCGI has communicated to all state drugs controllers to take strict action against hoarding and black marketing of drugs like remdesivir 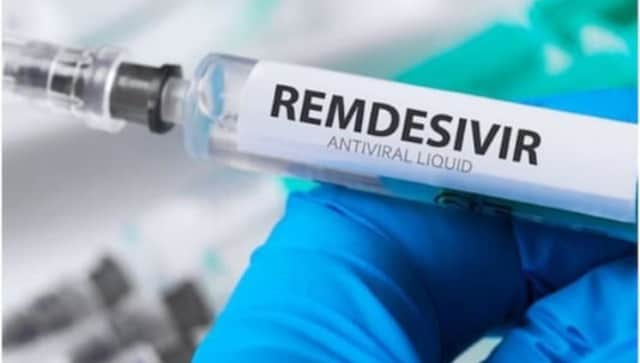 New Delhi: All states must ensure special teams at different levels to mercilessly clamp down on hoarding and black marketing of drugs during the COVID-19

pandemic and send a clear message that trading in human miseries shall not be tolerated, the Centre has told the Supreme Court.

In an affidavit filed in the apex court, the Centre has said the Drugs Controller General of India (DCGI) had communicated to all state drugs controllers (SDCs) that there should be zero tolerance to any kind of hoarding or black marketing of drugs and also to instruct their enforcement staff to keep strict vigil and take stringent action.

It said the Ministry of Health and Family Welfare has requested the state governments to take all necessary measures to stop black marketing or hoarding of drugs under the provisions of the Drugs and Cosmetics Act, The Essential Commodities Act and other applicable rules and regulations.

“Law and order being a state subject all state governments must ensure special teams at state, district and taluka levels to mercilessly clamp down on any illegal hoarding or black marketing and send a clear message that trading in human miseries shall not be tolerated under any circumstances,” the Centre has said in its affidavit.

It said that enforcement actions have been taken in 157 cases across the country, which include lodging of FIRs and arresting those involved in such activities.

A bench headed by Justice DY Chandrachud, which is hearing a suo motu case for ensuring distribution of essential supplies and services during the pandemic, had on 30 April flagged the issue of black marketing of drugs.

In its affidavit filed in the top court, the Centre has said that sale and distribution of drugs are regulated under the Drugs and Cosmetics Act, 1940 and the Drugs Rules, 1945 by the state licensing authorities (SLAs) appointed by the state governments.

DCGI has taken a number of measures to check any hoarding and black marketing of drugs. DCGI had instructed all state drugs controllers (SDCs) on April 10, 2021 to conduct special investigation drive to prevent hoarding/black marketing on Remdesivir in the country and action taken is being followed up by the CDSCO (Central Drugs Standards Control Organisation) regularly, it said.

On 24 April, DCGI had communicated to all the SDCs that there should be zero tolerance to any kind of hoarding/black marketing of drugs and again asked to instruct their enforcement staff to keep strict vigil at the sensitive places and to take stringent action against black marketing/ hoarding of drugs, it said.

It said CDSCO has also collected information from the SDCs regarding details of the enforcement actions taken in this regard.

The enforcement actions have been taken in 157 cases in various places across the country, which include actions like filing cases/ lodging FIRs, arresting people involved in such activities, etc, the affidavit said.

The apex court, in its 30 April order, had said that black marketing of critical COVID-19

drugs and oxygen was a condemnable attempt to exploit peoples’ misery.

It had directed the Centre to consider constituting a special team to identify and prosecute such offenders.

The apex court had also noted that several critical drugs such as Remdesivir and Tocilizumab, were being sold at significantly inflated prices or in fake form.

“This is a condemnable attempt to exploit peoples’ misery and profit from their helplessness,” the apex court had said.

“In order to clamp down on this practice, the Central Government can consider constituting a special team to identify and prosecute those who: (a) sell medical grade oxygen/ COVID-19

medicines at exorbitant prices; and (b) sell fake substances and recover the concerning substances,” it had said.

The Centre had earlier told the top court that hoarding or black marketing is a serious menace and heinous offence apart from being an unpardonable act of trading in human miseries.