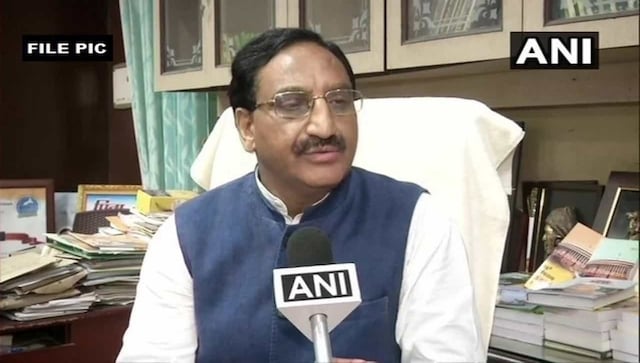 Pokhriyal said the exact dates will be decided in February after analysing the prevailing conditions.
He said cancelling the board exams and promoting students will in a way put a stamp on the students. The pupils might face trouble in getting jobs and admission to higher education in future.

Interacting with teachers via webinar to discuss upcoming board exams, Pokhriyal also said that at present there is no possibility of conducting the board exams in online mode.

The minister said that it may be a challenge for all the students to have a laptop and a stable internet connection to appear for the board examination online.

The education minister said that the CBSE board exams 2021 will be held on a reduced syllabus. As much as 30 percent of the total syllabus has been cut and some states have also announced a similar move while others are expected to do the same. There will also be 33 percent internal choices in the exam.

The minister said that since many of the CBSE schools are in rural areas, it won’t be possible to conduct board exams in online mode. He also said that education ministry will form a team for internal examinations.

Responding to a query of one of the teachers, Pokhriyal said that there will be no changes in the JEE and NEET 2021 syllabus. However, the pattern of the national level entrance examinations for engineering and medical programmes have been modified.

He also said that India is the first country to include Artificial Intelligence (AI) in the school-level syllabus.

India-Pakistan LoC ceasefire agreement is a landmark one… until the next violation, that is