At least 400 firefighters are battling the flames (Picture: Getty Images/EPA)

A state of emergency has been declared in California’s Mariposa County after a huge wildfire destroyed at least 10 homes, with more than 6,000 people evacuated.

More houses remain at risk after the blaze near Yosemite National Park erupted to become one of the biggest of the year.

Firefighters were called on Friday afternoon but around 400 are now battling the flames, which covered 19 square miles by Saturday.

Cal Fire has described the ‘explosive fire behaviour’ as ‘challenging’. 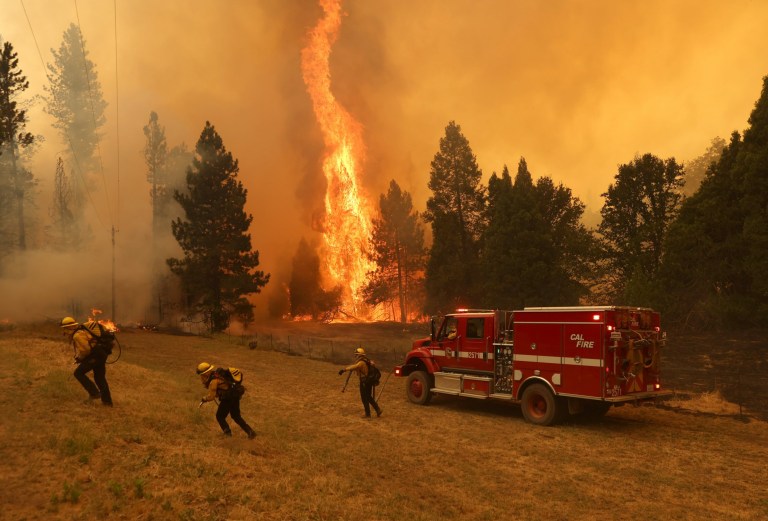 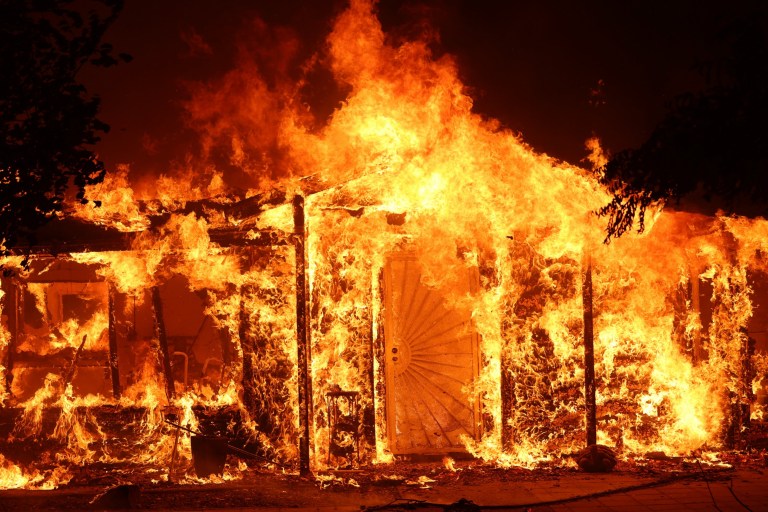 A home burns as the Oak Fire moves through the area (Picture: Getty Images North America) 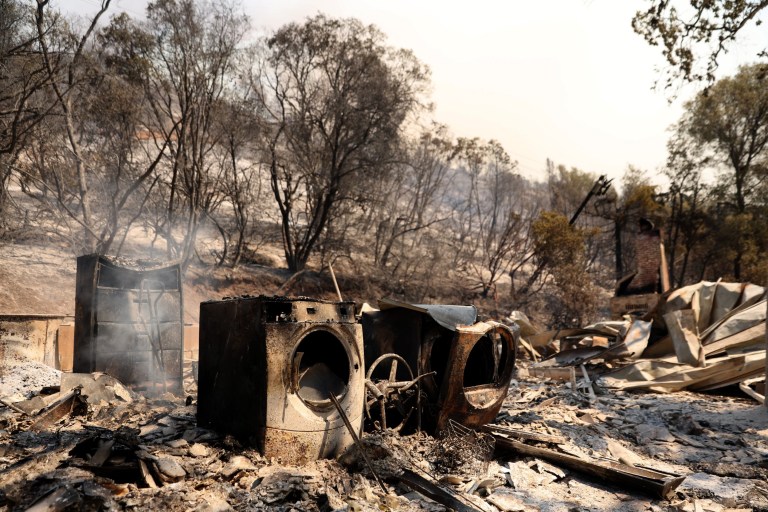 Scientists have warned climate change is resulting in increasingly destructive and unpredictable wildfires.

Daniel Patterson, a spokesman for the Sierra National Forest, said: ‘The fire is moving quickly.

‘This fire was throwing embers out in front of itself for up to two miles yesterday. These are exceptional fire conditions.’

An investigation has been launched into the cause of the so-called Oak Fire.

This included a shutdown of Highway 140 between Carstens Road and Allred Road, which blocked one of the main routes into Yosemite National Park. 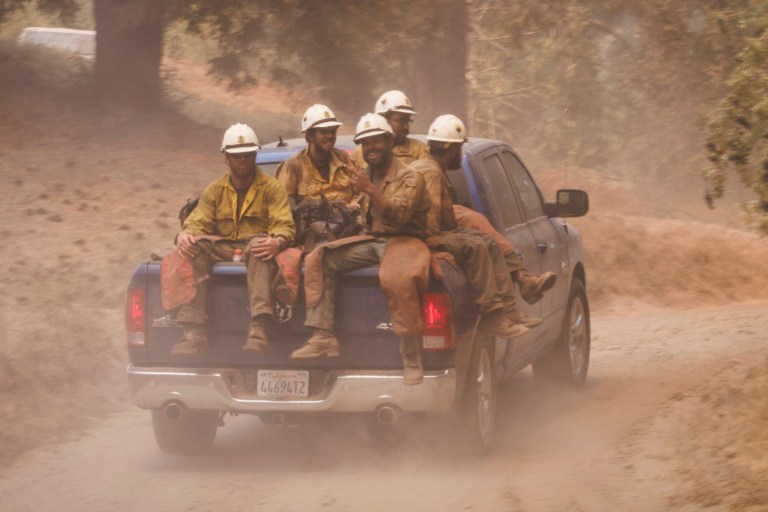 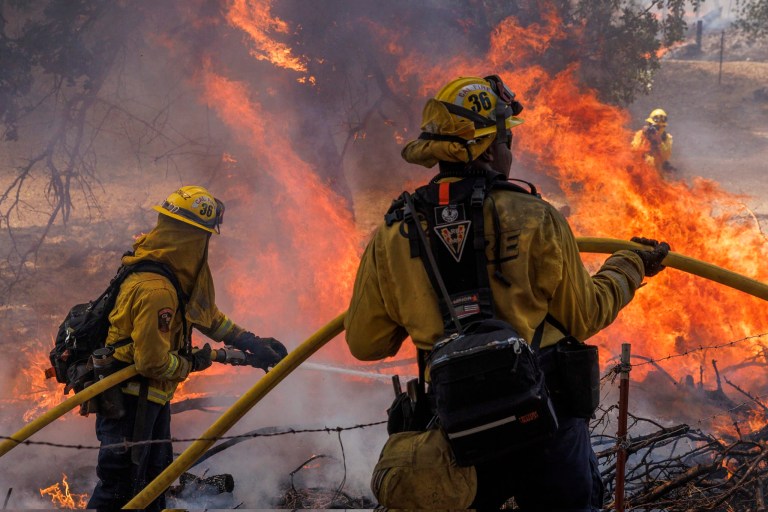 The fire began on the edge of Yosemite National Park in the afternoon of 22 July, and rapidly expanded overnight (Picture: EPA) 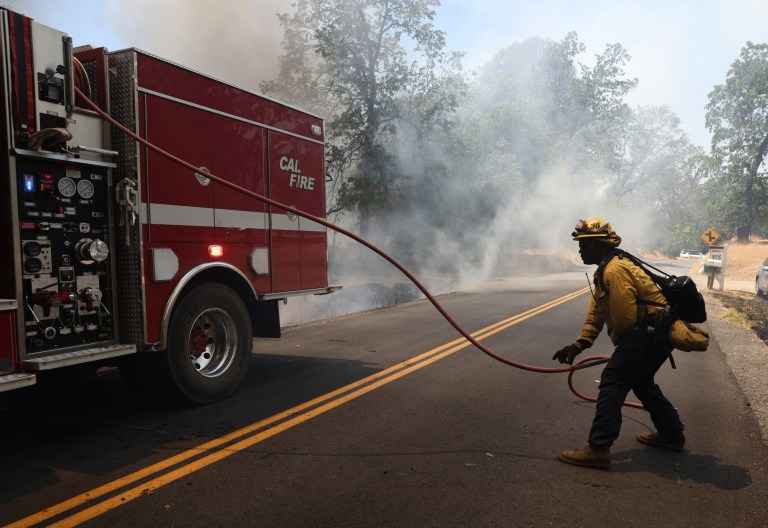 The Oak Fire flared up as firefighters made progress against an earlier blaze that burned to the edge of a grove of giant sequoias in the southernmost part of Yosemite.

The Washburn Fire was 79% contained on Friday after burning about 7.5 square miles of forest.