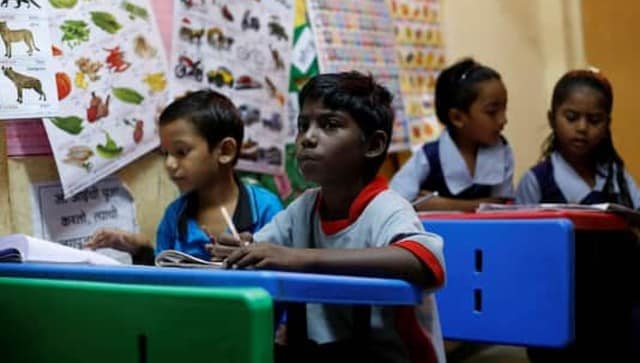 New Delhi: The Union Cabinet on Wednesday approved amendments to the juvenile justice law to increase the scrutiny of child care institutions and enhance the role of district magistrates to ensure the set-up works in the best interests of children.

She said a bill in this regard would be brought in the Parliament to amend The Juvenile Justice (Care and Protection of Children) Act 2015, that will expand its purview.

Sources said plans are afoot to ensure that Indian embassies in every country follow up on children adopted by foreigners for a period of two years from the day they land there.

The Women and Child Development Ministry is working out details with the Ministry of External Affairs in this regard. There is a proposal to appoint a nodal office in each embassy to monitor the child adopted abroad, the sources said.

Child victims of trafficking, drug abuse and those abandoned by their guardians will be included in the definition of “child in need of care” and protection under the amended law, Irani said.

The district magistrates have been further empowered under the act to ensure its smooth implementation as well as garner synergised efforts in favour of children in distress conditions.

Several difficulties faced in the implementation of various provisions of the act have also been addressed, Irani said.

Irani said till now there was no specific direction to carry out a background check of people who are to become members of the child welfare committees (CWC) as there is no such provision currently to check if a person has a case of girl child abuse against him.

According to the amendments cleared by the Cabinet, before becoming a member of the CWC, background and educational qualification checks will be included, she said.

Irani also said that The National Commission for Protection of Child Rights carried out a survey in over 7,000 child care institutions across the country and found that 1.5 percent do not conform to rules and regulations and 29 percent of them had shortcomings in their management.

She said after discussions with state governments following the survey, the ministry had 500 illegal child welfare institutions shut down that refused to get themselves registered under the JJ Act.

Noting that there is a need for strengthening the entire system of child care institutions, she said a child welfare committee is a quasi-judicial body which declares children as legally-free for adoption and ensures that it does not work in isolation.

The minister said a member of the child welfare committee has to mandatorily attend three-fourth the number of meetings after the amendments.

“Today’s decision is a big administrative decision, both on sensitivity and legal aspect, taken under the leadership of Prime Minister Narendra Modi in the protection of children,” she told reporters.

Irani said earlier any organisation which wanted to run a child care institution would need to give its purpose to the state government. In the proposed amendments, before registration of a CCI, the DM will conduct its capacity and background check and then submit the recommendations to the state government, she said.

The district magistrates have been further empowered under the act to ensure its smooth implementation, as well as garner synergised efforts in favour of children in distress conditions, she said.

The minister noted that district magistrates are often informed about an incident after it has happened, but henceforth the entire child protection unit in every district will function under the DM so that there is coordination among other departments working for education, health and security of children.