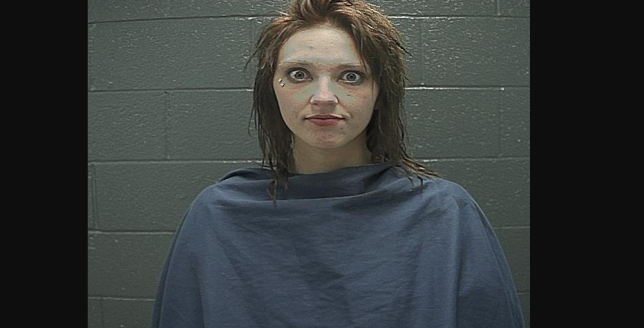 Riley Weiss, pictured, is accused of hiding a glass meth pipe up her backside after being arrested by police (Picture: Wichita County Jail)

A suspected drug user posed for a wide-eyed mugshot after she was allegedly caught with a used glass meth pipe up her backside. Riley Weiss, 22, was arrested on February 28 after another woman called police to say that Weiss was causing trouble in her apartment.

Cops who arrived at the property in Wichita Falls, Texas, discovered Weiss was already being sought on an earlier drugs possession charge, and arrested her. The woman who called police on Weiss said she was in possession of a meth pipe – but a preliminary search failed to turn up the drug paraphernalia.

Officers who took Weiss to jail noticed she kept fidgeting, and asked her if she was concealing anything, it is claimed. She allegedly said no – although a subsequent strip search is said to have uncovered the glass pipe she is said to have concealed within her body.

It is unclear of Weiss’s mugshot was taken before or after officers uncovered the glass pipe. KJTL reported that Weiss has now been arrested 18 times, including seven arrests for drug charges, five for assaults, and one-apiece for aggravated robbery, burglary, theft and evading arrest. 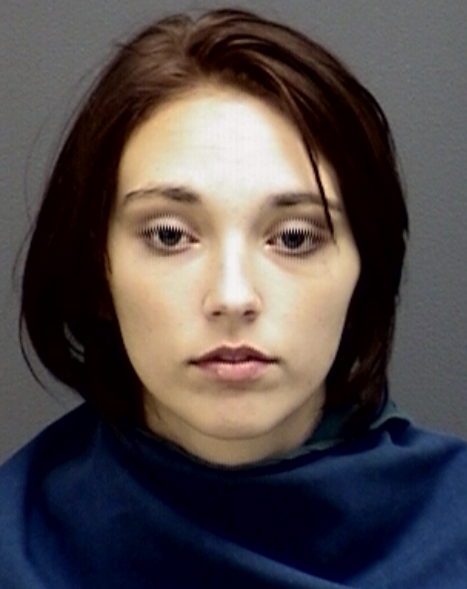 Weiss has now been arrested 18 times. She is pictured in her first mugshot, taken in 2015, after being arrested on suspicion of drug possession (Picture: Wichita County Jail)

She was arrested twice on drugs charges in 2020 and allegedly led police on a 100mph car chase through Wichita Falls in 2018, with crystal meth found inside the vehicle after she was stopped.

Her most recent arrest has seen her charged with drug possession and evidence tampering.

Weiss is being held on $15,000 bail ahead of her next court appearance.