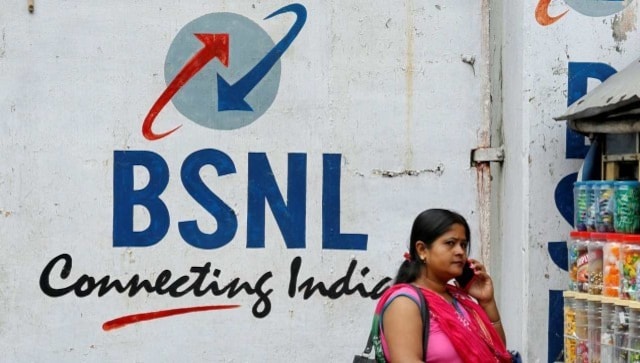 Loss-making state-owned telecom firm BSNL expects to turn profitable from the financial year 2023-24 subject to roll-out of plans and strategies envisaged under the revival package, according to a parliamentary panel report.

The public sector unit, however, is now operationally profitable, the report said.

“BSNL has stated that it expects to be profitable from 2023-24 onwards, subject to full realisation of the revenue and cash flow from services as well as monetisation of land assets as envisaged at the stage of processing of the revival package.

“However, BSNL has become Ebitda-positive,” the Standing Committee on Information Technology said in its report on Wednesday.

Ebitda stands for earnings before interest, tax, depreciation and amortisation.

In October 2019, the government had approved the revival package for BSNL and MTNL, which included voluntary retirement scheme (VRS), support for 4G spectrum, monetisation of core and non-core assets, sovereign guarantee for bonds to be raised by the public sector undertakings (PSUs), and merger of MTNL and BSNL in the short run.

According to the report, the expenditure of BSNL has reduced from Rs 34,400 crore per annum to Rs 24,687 crore per annum, the annualised value of nine months figures, mainly due to savings in employee benefits expenses due to VRS as part of the revival package.

However, the revenue has not grown mainly due to the non-commencement of 4G services.

As a step towards the merger of BSNL and MTNL and to enable BSNL to have a pan-India footprint of services, the group of ministers (GoM) in the meeting on 21 December, 2020, approved the proposal for the allocation of spectrum for 4G services to BSNL in Delhi and Mumbai.

It is expected that with the commencement of 4G services, the revenue of BSNL in the wireless segment will increase, the report said.

BSNL had floated a 4G tender worth Rs 9,300 crore for procurement of telecom equipment in March but was cancelled later due to multiple reasons. The reasons include allegation from Indian companies that the state-run firm’s project does not comply with preferential market access norms and is inclined towards foreign companies.

The company has called for proof of concept from India vendors for participation in the proposed 4G tender.

Leading companies like TCS, Tech Mahindra, Sterlite and L&T have purchased documents for the proof of concept.

BSNL has nearly 1,600 queries after the pre-bid meeting, which will be answered shortly, the report said.

“It is unfortunate to note that 4G service is yet to commence by BSNL when other TSPs (telecom service providers) are preparing to roll out 5G services in the country.

“The committee desires that there should not be any further delay in allocation of 4G spectrum to BSNL and they should be allowed to roll-out 4G service at the earliest,” the panel said.

The government has identified that physical assets worth Rs 67,837 crore of BSNL and Rs 17,985 crore of MTNL can be monetised.

The Department of Telecommunications (DoT) has informed the committee that in the past one year, monetisation was a problem as land and rent prices have fallen. The year 2021-22 is going to be critical because the DoT hopes to monetise more properties.

“Expected revenue from monetisation of land/building assets of BSNL and MTNL during 2021-22 is Rs 1,200 crore and Rs 300 crore, respectively,” the report said.