The man accused of opening fire on a crowded Brooklyn subway train and shooting 10 people will be held without bail following his first court appearance Thursday.

Frank James, 62, was arrested in Manhattan on Wednesday, one day after police say he released smoke bombs and 33 bullets in a train full of morning commuters. The chaotic scene left 29 people receiving medical treatment at area hospitals.

Represented by public defenders, James said nothing other than saying ‘yes’ when the judge addressed him. His attorneys asked for a psychiatric evaluation to be carried out while he is in custody.

Federal prosecutor Jennifer Sykes told the court: ‘The defendant terrifyingly opened fire on passengers on a crowded subway train, interrupting their commute in a way that has not been seen for 20 years.’ 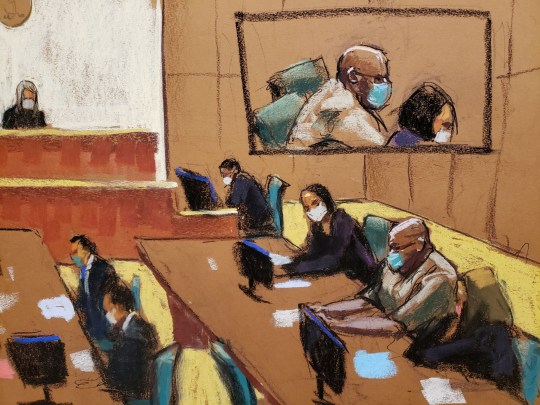 Frank James, the suspect in the Brooklyn subway shooting, appeared in court for the first time Thursday (Picture: Reuters)

Prosecutors said that the shooting was premeditated and calculated by James, who wore a hard hat and construction-style jacket as a disguise and then shed them after opening fire to avoid recognition.

‘The defendant committed a premediated mass shooting on the New York City subway system and then fled the scene, with a stockpile of ammunition and other dangerous items stowed in his storage unit,’ states a detention memo filed in Brooklyn federal court on Thursday.

‘The defendant presents a severe and ongoing danger to the community, as well as a serious risk of flight, that no set of release conditions can mitigate.’

They said they believe James has the means to carry out additional attacks. 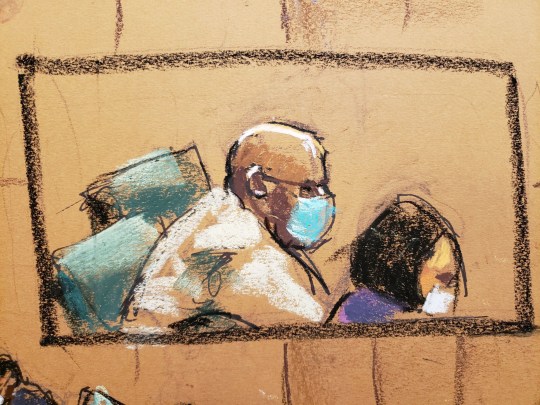 Prosecutors say that James had the means to carry out additional attacks (Picture: Reuters)

James faces federal terrorism-related charges for the attack, and could spend the rest of his life in prison if found guilty. He has no known connection to terror organizations at this time, officials said. His motive in the attack also remains unclear.

Authorities have accumulated substantial evidence connecting James to the rampage, including the gun, ammunition magazines, a hatchet, smoke canisters and a credit card in his name that were all left behind at the scene of the crime.

Officials also found the keys to a U-Haul James had rented on Monday and left several blocks away from the Sunset Park subway station where the attack took place.

Federal investigators determined the gun used in the shooting was legally purchased by James at a licensed firearms dealer in Ohio back in 2011. 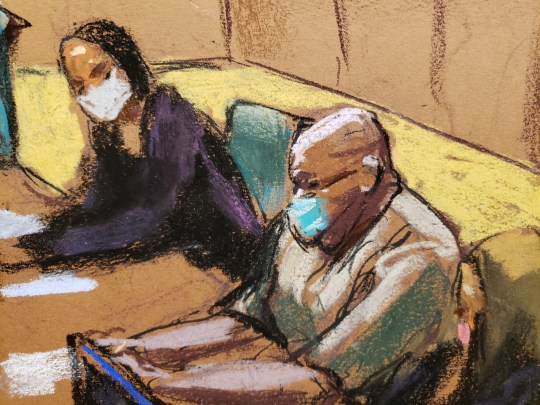 James has a YouTube account where he has previously uploaded ranting videos discussing his thoughts on racism and mass shootings in America (Picture: Reuters)

Over the past few months, James has posted videos to YouTube of himself ranting about racism and violence in America, as well as his experience receiving mental health care in New York City. In one video he criticized Adams’ policies on homelessness, public safety and subway safety.

Many of the videos feature him rambling and using hateful language to describe people of different societal and racial groups. In a video posted earlier this week, he said he had wanted to kill people, but didn’t want to go to jail.

James was born and raised in New York City but had moved to Milwaukee. He’d recently left Wisconsin and had briefly lived in Philadelphia.