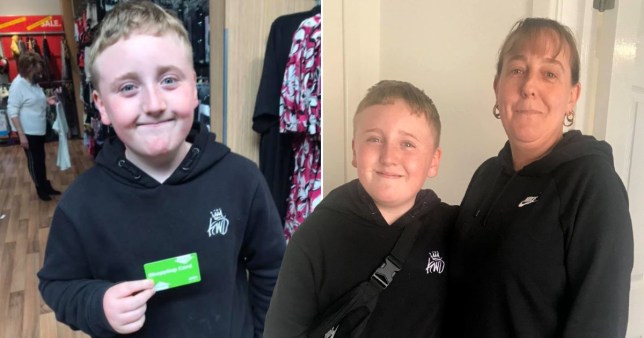 Jack made mum Donna proud after handing in £400 which was mistakenly spat out of an Asda ATM he was playing with (Picture: MEN Media)

An 11-year-old boy has been praised for handing in hundreds of pounds that had been spat out of a cash machine.

Jack Greenhalgh was fiddling with the ATM inside an Asda on Wednesday afternoon while waiting for a friend to get some money out.

Suddenly the machine began churning out notes, amounting to £400 in total, and Jack immediately called over a security guard and cleaner for help.

But he was only rewarded with a £10 gift voucher from the store.

The two staff members had been keeping an eye on the machine as a woman previously complained that she had attempted to make a withdrawal but the money never came out.

Proud mum Donna launched an appeal on Facebook to track down the customer, and was later told by Asda staff that the woman had been reunited with her cash.

‘I thought the machine was out of order and I just pressed a couple of buttons messing about,’ said Jack.

‘Next thing it just started beeping and all of a sudden lots of money started coming out. I thought is this some sort of magic ATM or something. 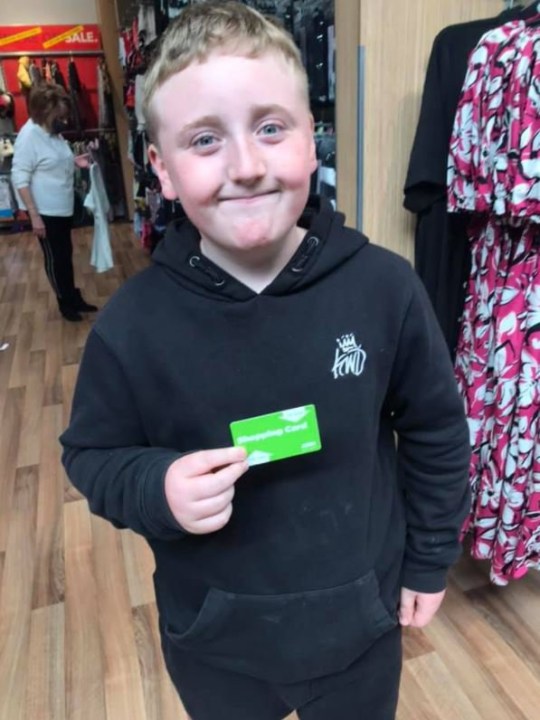 Jack was only awarded a £10 gift card from Asda for handing in the money (Picture: MEN Media)

‘A cleaner was near the lift so I told her and then a security guard came down from the next floor.’

Jack, a Year 7 pupil at Moorside High School, admitted that if he found a pound somewhere he’d probably keep it, but not a sum like £400.

‘I’m not that kind of person to do theft,’ he said. ‘I’m not stupid and I wouldn’t just take money like that. It’s just wrong. This person has got a lot of money out and it could be their life savings.’

Jack phoned his mum from the precinct to tell her what had happened.

Donna said: ‘He rang me and said he’d found a lot of money, I said, “What do you mean?” He told me what had happened and that he’d handed it in, I said, “That’s brilliant.”

‘If he’d have come home with it, it just wouldn’t have been right. He wouldn’t have slept anyway. That’s the kind of kid he is, he wears his heart on his sleeve.

‘I’m proud of him for doing the right thing.’

Jack said he spent his gift card on a Diary of a Wimpy Kid book, some football cones, a drink, some sweets and a bar of a chocolate for his grandad Jack, who helped him during lockdown.