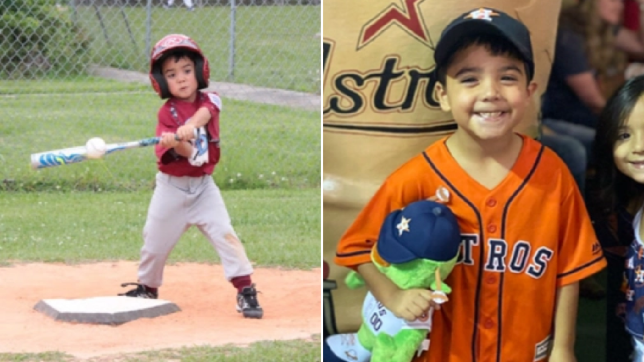 A new playground is set to be built in honor of Josiah McIntyre, who was killed by a brain-eating amoeba last September aged just six (Pictures: ABC13)

A six year-old boy who was killed by a brain-eating amoeba he likely picked up at a water park is set to have a commemorative playground named after him. Fundraising has kicked off to build the facility at Madge Griffin Elementary School in Lake Jackson, Texas, six months after Josiah McIntyre’s horrific death.

He fell ill with a fever, headaches and vomiting. Doctors initially suspected Josiah had Covid, but by the time they realized he had contracted the rare bacteria, it was too late to save him, ABC13 reported.

After Josiah’s death, city leaders in Lake Jackson conducted urgent tests on water samples, and found traces of naelgleria fowleri in three of 11 samples taken. That prompted them to close the splash pad where Josiah is believed to have been infected, although it is still unclear exactly where he got infected by the amoeba. 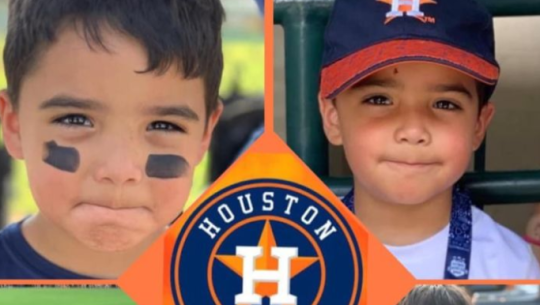 The new playground will be decorated in blue and orange – the team colors of Josiah’s beloved Houston Astros’ baseball team (Picture: GoFundMe)

Residents of Lake Jackson were also ordered to boil water before using it while public health officials worked to disinfect the city’s waterworks.

Maria and the youngster’s other loved ones now hope the proposed $65,000 playground will serve as a fitting monument to Josiah. They plan to decorate it blue and orange – the colors of Josiah’s beloved Houston Astros baseball team. It will also feature a plaque dedicated to Josiah.

School spokesman Brittany Rosenbohm said: ‘Josiah’s contagious smile and kindness left a lasting impression to so many people and especially to his Madge Griffith family.’

To find out more about the fundraiser for Josiah’s playground, click here