Cain announced he would step down after ministers and advisers, including Johnson’s fiancee Carrie Symonds, reportedly protested over his planned promotion to the post of chief of staff 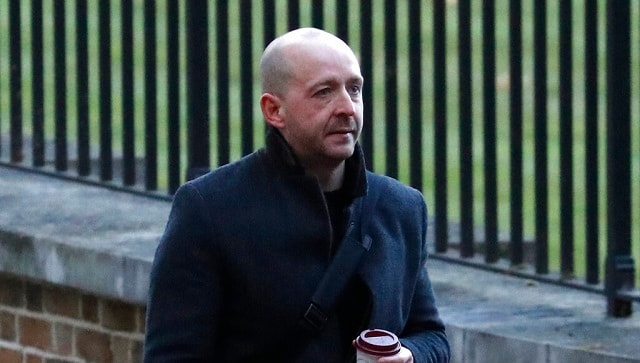 London:  There are widespread reports of a power struggle at the heart of the UK government as one of Prime Minister Boris Johnson’s closest aides has announced his resignation as the Director of Communications.

Lee Cain, 39, announced he would step down as Johnson’s top media aide on Wednesday night after ministers and advisers, including Johnson’s fiancee Carrie Symonds, are said to have protested over his planned promotion to Chief of Staff.

Cain is also a close aide of fellow Brexiteer and Downing Street Chief Strategy Adviser Dominic Cummings, another one of Johnson’s most influential and high-profile top team members.

“After careful consideration I have this evening resigned as No. 10 Director of Communications and will leave the post at the end of the year,” reads Cain’s resignation letter.

“I would like to thank the prime minister for his loyalty and leadership. I have no doubt that under his premiership the country will deliver on the promises made in the 2019 election campaign and build back better from the coronavirus

In response, the UK prime minister thanked Cain for his “extraordinary service” to him, both in No. 10 and previously when he was Foreign Secretary.

“He has been a true ally and friend and I am very glad that he will remain Director of Communications until the New Year and to help restructure the operation. He will be much missed,” Johnson said.

The letter came amid a brewing storm within 10 Downing Street after media reports suggested the elevation of former BBC journalist Allegra Stratton as the face of new daily televised press briefings planned from the New Year caused a considerable shake-up.

It was reported that Cain was to be offered a promotion to rebalance the power shift, but that appointment came under fire from across the Conservative Party ranks as well as Symonds, the mother of Johnson’s baby Wilfred, born in April.

Dominic Cummings, on the other hand, was said to be furious over his close aide Cain losing out on the promotion and there was some speculation that he may also follow him out of Downing Street.

However, so far it would seem the struggle within the corridors of power has been somewhat curtailed, with the UK Prime Minister’s chief spokesperson, James Slack, likely to step into Cain’s role.

Cain went to Ormskirk Grammar School in Lancashire and Staffordshire University, before starting a career in journalism in 2006. Later, he became a member of the communications team for the Vote Leave campaign, and worked as a special adviser for Johnson at the Foreign Office.

Johnson is looking to fill the post of Chief of Staff as part of a wider reorganisation at the very top of his government structure.

However, several members of Parliament from within his ruling Conservative Party have expressed dismay at the wrangling in No. 10, which comes at a time of growing unease on the Tory benches at the government’s handling of the pandemic and the economic damage being caused by the current lockdown in England.

Charles Walker, the vice-chairman of the influential 1922 Committee of backbench MPs, told the BBC there has been “unhappiness about the Number 10 operation for some time.

“Members of Parliament have felt excluded from the decision-making process, and that’s no secret. The real opportunity here is for the Chief of Staff position to be filled by someone who has good links with the Conservative Party and its representation in the House of Commons,” he said.

The Opposition Labour Party said the developments were a sign of an “incompetent and divided” government.

“On the day the UK became the first country in Europe to report 50,000 coronavirus

deaths and the public endure another lockdown, Boris Johnson’s government is fighting like rats in a sack over who gets what job,” a party spokesperson said.