The government reportedly wants to time an announcement for the Bank Holiday weekend (Picture: Reuters/Getty)

Boris Johnson could bring back imperial measures to coincide with the Platinum Jubilee.

The prime minister is reportedly set to announce shops will be able to sell goods in pounds and ounces again on Friday.

Britain slowly phased out the official usage of old-style units of measurements starting in the 1960s, with the switch finally completed in the early 2000s.

Critics of the European Union have long called for imperial measurements to be brought back after the UK agreed to ditch them when it joined its forerunner economic community in the 1970s.

The government has publicly committed to introducing ‘Brexit freedoms’ and introduced a bill in the Queen’s Speech earlier this month that will axe rules hanging over from EU membership.

Now Mr Johnson could make good on a pledge he first flirted with during the 2019 general election campaign, the Daily Mirror reporters.

A cabinet source told the Mirror: ‘As the British people have been happy to use both imperial and metric measurements in their daily life it is good for the government to reflect that now we are free to change our regulations accordingly.’ 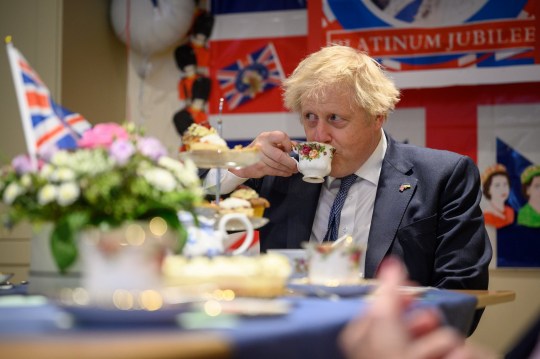 The PM wants to introduce measures that were phased out of official usage when the UK was a member of the EU (Picture: Getty)

The PM will hope the policy will appeal to Brexit-supporting voters after his political fortunes were dented by partygate.

Polling conducted since the report was published has found a majority of voters think Mr Johnson should resign over lockdown breaches in Downing Street.

A YouGov survey of voters in 88 battleground seats found the Tories could be on course to see their gains in Labour heartlands almost totally reversed at the next election.

With the PM’s personal approval ratings down, just three Conservative-Labour swing seats would remain with the PM’s party in an election, YouGov said.

The poll even found that Mr Johnson could be on course to become the first prime minister in history to lose his own seat.

He has insisted it is time to ‘move on’ from partygate after a damning probe found he and other senior figures inside Number 10 were to blame for a culture of rule-breaking and boozing.

Rishi Sunak, who was also fined for breaching the rules, was forced to deny timing his cost of living emergency measures to distract from the report.

The chancellor unveiled £15 billion worth of support to help deal with rising energy costs the day after it was published, prompting critics to claim the announcement was cynically timed to shift the agenda.