The Tory leader was seen in a Greek supermarket with wife Carrie (Picture: Proto Thema)

The prime minister has been spotted on his second holiday in a fortnight as millions in the UK are plunged into crisis over crippling energy bill costs.

Boris Johnson has come under fire for being ‘missing in action’ with just three weeks left until his successor is selected.

The British leader was seen shopping for groceries while on holiday with wife Carrie in Nea Makri, a coastal town close to Athens. His father Stanley has a villa a few hours away in Horto.

Footage shows Mr Johnson greet an onlooker before the couple pack their items, including two bottles of wine, into a bag at the tills.

It comes after they flew away to Slovenia for their belated honeymoon last week.

The Conservative politician – who was booted out of office by his own party – made a surprise appearance at a meeting with energy firms to discuss the soaring price cap last Thursday.

But no new cost of living assistance was announced afterwards, despite a grim new warning that an annual energy bill could reach £5,038 by early next year.

Instead, Mr Johnson simply reminded the public of the government’s existing £400 offer of support, and said he had ‘urged electricity companies to continue working on ways to help with the cost of living’.

A Labour MP has blasted him on Twitter by posting a snippet of ‘Boris Johnson’s diary’. 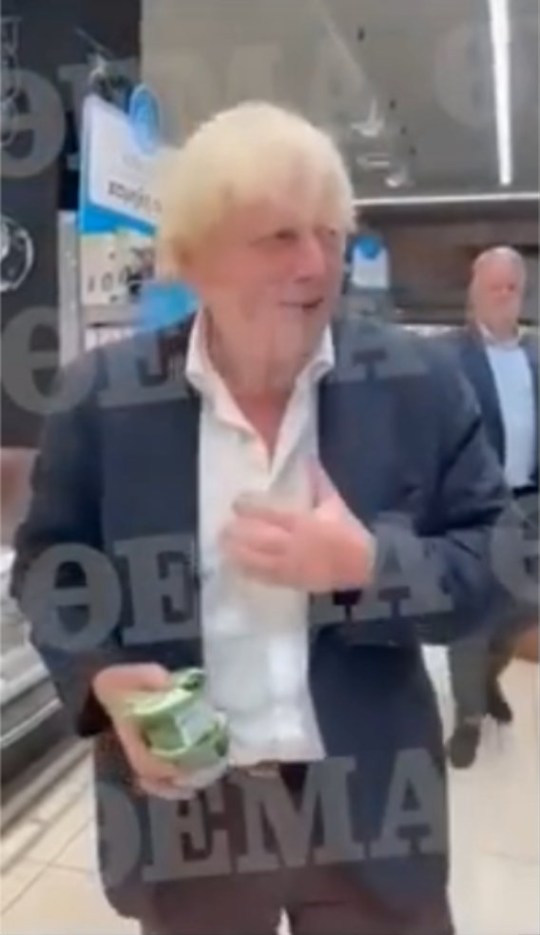 He greeted an onlooker filming him (Picture: Proto Thema) 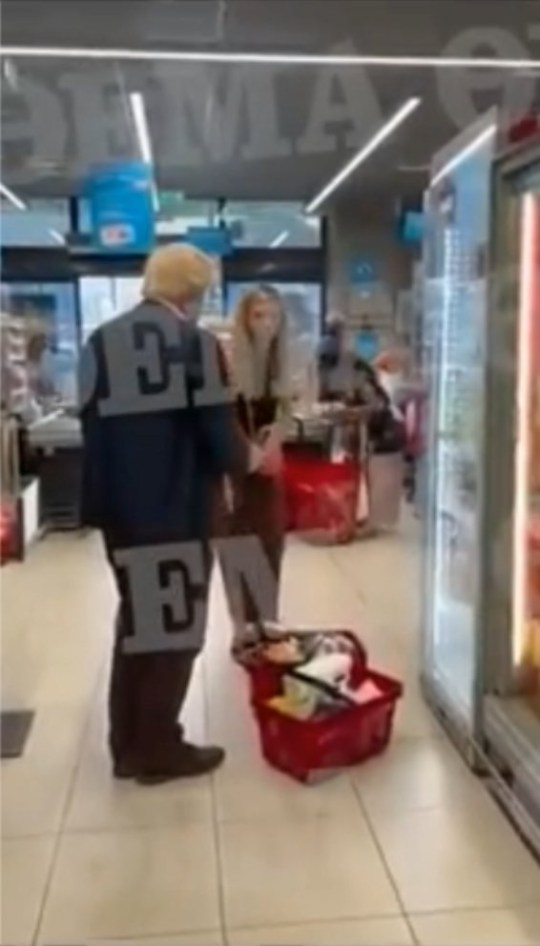 The couple grabbed some wine before bagging up their groceries (Picture: Proto Thema)

He’s laughing at you. https://t.co/uXBwD6Pwda

‘Saturday: Holiday in Greece. He’s laughing at you.’

Meanwhile, money expert Martin Lewis fumed ‘what a load of bull’ last week when it was suggested minister can’t specify how they will help struggling Brits until a new PM is in place on September 5.

Conservative MP Brandon Lewis – was one of around 60 officials to quit in order to force Mr Johnson to resign – defended the suggestion that the PM has ‘thrown in the towel’.

‘Even when you are not in the office in Downing Street you are working’, he told LBC.

He added: ‘He’s probably in about his second week [of] holiday in the last year or so certainly this year.

‘So while somebody is away whether they are secretary of state or let alone the Prime Minister, they will be continuing to work.

I know people are worried about the difficult winter ahead, which is why we are providing support â including a Â£400 energy bill discount for all households.

This morning I urged electricity companies to continue working on ways to help with the cost of living. pic.twitter.com/sdpLrKfcTN

‘Being out of the country does not mean the prime minister stops working.’

Keir Starmer has also been criticised for taking a holiday in Majorca during the cost of living crisis.

But today, the Labour leader unveiled a £29 billion plan to tackle the ‘national emergency’ over energy bills – including freezing them for millions of families.

His suggestions echoed that of the Lib Dems and SNP, although Tories claimed it risked higher taxes and a recession.