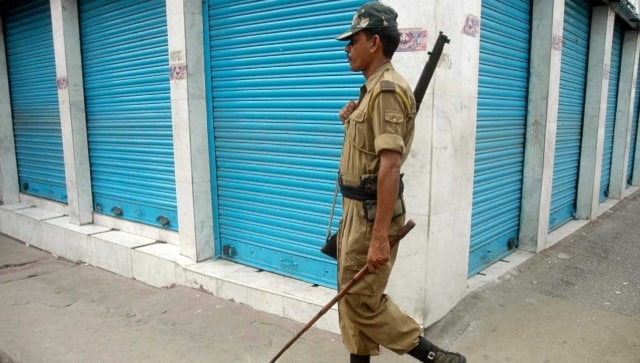 Guwahati: A BJP member was arrested on Saturday for allegedly duping people on the pretext of providing them jobs in various departments of the Assam government, police said.

The Crime Branch of Guwahati Police registered a case on Friday for fraud and other related charges, and detained the saffron party activist, they said.

“His name is Rajeev Parashar and he was arrested this morning. He used to collect money from candidates, assuring them of giving jobs in various government departments,” a senior police officer told PTI.

A team of police personnel also recovered some documents and electronic evidence from his possession, he said.

“Investigation is on. More details cannot be given at this moment,” he said.

Another senior police officer said the BJP member was allegedly involved in the controversial recruitment in the state Panchayat and Rural Development Department.

The department had conducted an examination in May 2018 to recruit people for 945 posts at different levels.

The opposition has been attacking the BJP-led government since then, alleging irregularities and corruption in the recruitment process, but it denied all charges.

The Sarbananda Sonowal government is also embroiled in a job scam in the Assam Police.

On 20 September, the question paper of the written examination for 597 posts of unarmed sub-inspectors in the Assam Police got leaked and the State Level Police Recruitment Board (SLPRB) cancelled the test minutes after it had commenced.

Leader of Opposition in Assam Assembly Debabrata Saikia on Friday accused the BJP of operating a “job syndicate in various government departments” and demanded an enquiry by a sitting judge of the Gauhati High Court into all recruitments made in the last four-and-half years.

Urban water bodies and their correlation with the city’s functioning- Technology News, Firstpost