According to the guidelines, public transport vehicles will be allowed to ply, with the number of passengers not exceeding 50 percent of total capacity, till 15 April 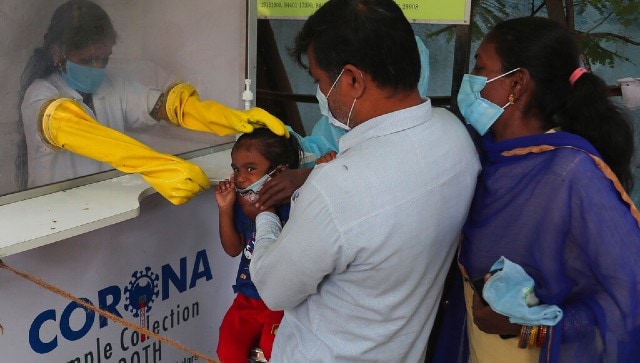 Patna: The Nitish Kumar government in Bihar on Saturday came out with a number of fresh restrictions to contain the spread of COVID-19

, which has seen a country-wide surge in the recent past.

Guidelines were issued by the state’s home department after a high-level meeting, chaired by Kumar, reviewed the situation in Bihar.

Reopening of schools and colleges, which were scheduled on 5 April, shall now be deferred till 11 April and all institutions have been directed to reschedule tests and examinations accordingly, the department said in a release.

The communication stated that entry of stray visitors inside government offices shall remain restricted, while public transport vehicles will be allowed to ply, with the number of passengers not exceeding 50 percent of total capacity, till 15 April.

Holding of all functions, except marriages and funerals, at public places will be barred and the maximum number of people allowed at a wedding must not exceed 250. Not more than 50 persons will be allowed to attend a ‘shraaddh’, the release said.

The district administrations concerned have been empowered to enforce COVID protocols like compulsory wearing of face masks and social distancing, the home department missive said.

Bihar has been witnessing a spike in instances of fresh cases. The state now has 2,942 active cases, more than a two-fold rise since a week ago. The number of new infections reported in the last 24 hours stood at 836.

The spurt has caused the recovery rate in Bihar, which was more than 99 percent till recently, to drop to 98.31 percent.