Amidst the protracted US election process, Indian author Avirook Sen will send despatches from Texas as part of a multi-part satirical series that seeks to probe the assertion that Donald Trump has killed satire 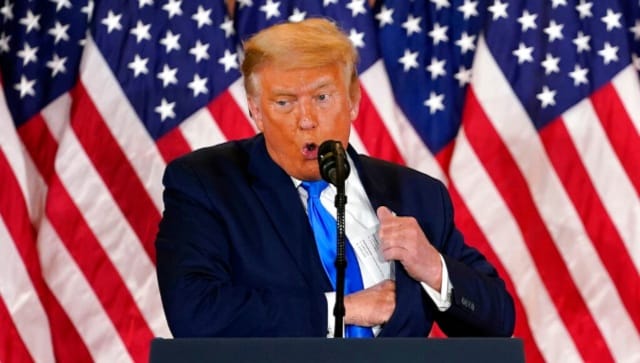 There was confusion in the ranks of Donald Trump supporters in the state of Pennsylvania, as counting for the Presidential Election entered its third day in a state the president cannot afford to lose if he wants his no-rent lease on the White House extended.

Passionate Trump supporters fanned out to various parts of the country following tweets by the president exhorting them to ‘Stop the count’, and ‘Stop the fraud.’

In states where the president’s lead was narrowing, the instructions were to storm counting places and disrupt proceedings, demanding the count be stopped.

In places where Trump trailed, but hoped to overtake Joe Biden, supporters were told to demand that poll officials keep counting, and counting faster.

Two posses of crusaders were bussed into two neighbouring counties in Pennsylvania: One group to a county in which Trump was ahead, and another to one in which he trailed.

Unfortunately, the bus driver (an illegal immigrant with poor English language skills) got the groups and counties mixed up.

The first group thus went to work pressuring clerks in Rehab county to stop counting. Trump was trailing in Rehab, and desperately needed the votes.

In neighbouring Decaf, where the president was defending a rapidly shrinking lead, his supporters harassed and intimidated county officials into counting votes at a faster pace. They were puzzled when they discovered that the president’s lead had been wiped out in next to no time.

The campaign has launched a manhunt for the illegal immigrant who drove the bus. He is suspected to be somewhere in Rehab, said Trump campaign spokesperson Meth Byer.

This is a work of satire

The writer is a journalist and author of Aarushi, an account of the murder investigation and ensuing trial